skip to main content
Return to Fordham University
You are at:Home»Arts and Culture»Fordham Theatre Alumna Assays The Plot 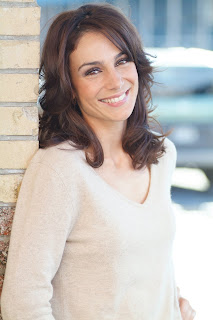 If every actor’s dream is to perform Shakespeare, Annie Parisse, FCLC ’99, is twice blessed.

She currently stars as Helena, the lead female character in All’s Well That Ends Well, and Mariana in Measure for Measure in the Public Theater’s 2011 Shakespeare in the Park season.

“[Shakespeare’s] language is so breathtaking,” she recently told Crain’s New York Business. “To be supported by that kind of text is incredible.”

Before tackling Shakespeare, Parisse starred as assistant district attorney Alexandra Borgia on Law &amp; Order. She also had a recurring role on As the World Turns and appeared in such films as Definitely, Maybe, National Treasure and How to Lose a Guy in 10 Days.

Parisse’s turn in Shakespeare in the Park marks the second consecutive year the Public Theater cast a Fordham theatre alumna in its repertory company of actors. Last year, Heather Lind, FCLC ’05, acted opposite Al Pacino as Jessica in The Merchant of Venice and also played the role of Perdita in The Winter’s Tale.