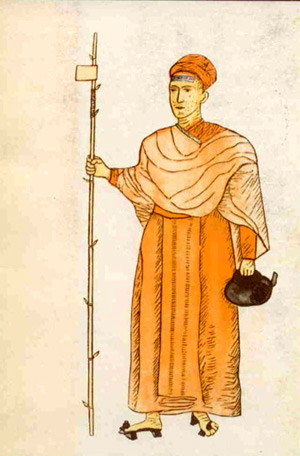 In June 1596, the Society of Jesus gained a member—Roberto de Nobili—who would break new ground in bringing Christianity to non-Western people.

De Nobili was sent in 1606 to the southern Indian city of Madurai, where the local Portuguese Jesuit had not won a single convert during his 11-year tenure. De Nobili tried a new approach: He decided that Indian converts need not adopt Portuguese dress, diet and surnames, as the Portuguese authorities had insisted. He mastered Sanskrit and deeply studied the Vedas, or Hindu scriptures, so he could better communicate the Christian message to Indians. He even adopted the look of the Indian priestly caste by marking his forehead, wearing a triple strand of white cotton and leaving only a single tuft of hair on his head.

His cross-cultural approach was condemned by some church officials, but was vindicated in practice. When de Nobili departed Madurai 39 years later, he left behind 4,183 followers of Christ.