This year, six Pioneering Women in Philanthropy will be honored for the personal and financial support they have given Fordham. Leaders in their fields, each one has invested in bettering their communities and the world in their own way. Here, they share their thoughts on the importance of mentorship, empathy, self-confidence, and more on the path to success—for them and for all women. 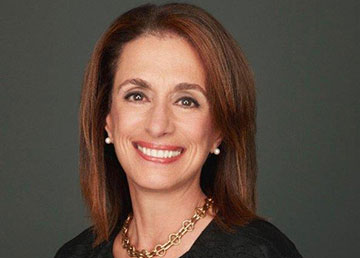 In cosmetics, which is where I particularly grew up, we had these wonderful [women]  role models. … If you’ve been given this road map and you see that others have gone before you and achieved, you never have in your mind the notion of failure. You have the notion that you can do it too, if you’re good enough and smart enough and make the right decisions.
—Rose Marie Bravo, CBE, TMC ’71

Bravo will deliver a keynote address, “From the Bronx to Buckingham Palace,” at this year’s Women’s Philanthropy Summit. 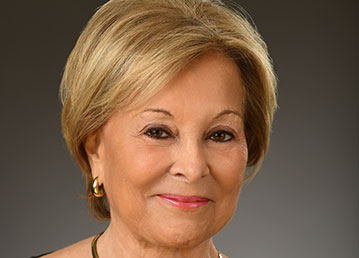 I entered the work world bolstered by an amazing education in liberal arts that made me feel strong and confident. Still, to rise up the corporate ladder meant more than just feeling confident. I soon learned that it meant persistence and resilience, not being afraid to ask for help, and so much more. I quickly realized the importance of communicating, listening, adaptability, and using words like “us” “we” and “with.” I learned that the best leaders hire strong people, set goals, don’t make excuses, are empathetic, and understand their own self-worth.
—Carolyn Dursi Cunniffe, Ph.D., UGE ’62, GSAS ’65, ’71

Dursi Cunniffe grew up in a family of eight, including two brothers who also went to Fordham. Fluent in French and Italian, she studied at the Sorbonne and the University of Perugia as well as Fordham, where she earned bachelor’s, master’s, and doctoral degrees in French literature. She had a successful career as an executive in the cosmetics industry and, later, in executive recruiting. She spent 13 years at Revlon, rising to vice president at a time when that title was a rarity for women. She was a senior vice president and the key strategist in recruiting senior talent at Cablevision Systems Corporation before retiring in 2011. Her husband, Maurice “Mo” Cunniffe, FCRH ’54, is a fellow Fordham grad. 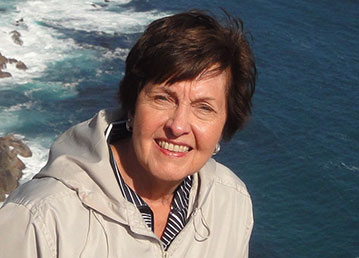 From my parents, I was always encouraged to be kind and fair—and to always let people know they are valued and loved. I think women have that capacity to inspire people by their passion, compassion, and empathy. Women stand tall for their beliefs and by nature have the ability to listen and compromise. We know how to bring people together and we are problem solvers.
—Barbara Dane, Ph.D., GSS ’67, ’85

Dane is a retired professor of clinical social work who has maintained a private clinical practice, working with dying and grieving persons and their families, since 1971. She earned both her M.S.W. and Ph.D. in gerontology from Fordham’s Graduate School of Social Service. She has taught at Fordham, Columbia University, and NYU, and has a substantial publishing record in social work. Dane was awarded a summer fellowship from the National Institutes of Health to conduct research on aging, and she was among the first recipients of a social work leadership grant from the Soros Foundation’s Project on Death in America. Her research on Thai women coping with HIV/AIDS and the role of meditation was presented at the Seventh International Interdisciplinary Congress on Women in Tromsø, Norway. 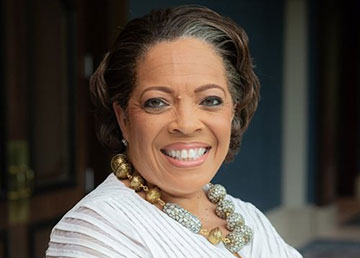 What I know is that we each have the opportunity to change a life every day, to share wisdom from experiences that can help one another, even if we don’t get to hear the triumphant follow-up story. What counts is what we give to lift others up around us, no matter how big or small our gift may be.
—Valerie Rainford, FCRH ’86

Rainford is head of advancing black leaders and diversity advancement strategies at JPMorgan Chase. She earned a bachelor’s degree in economics from Fordham. Prior to joining JPMorgan Chase, she served at the Federal Reserve Bank of New York for 21 years, where she rose to become the most senior black woman there and the first to rise to senior vice president. The author of an award-winning memoir, Until the Brighter Tomorrow: One Woman’s Courageous Climb from the Projects to the Podium (Eloree Press, 2014), she has dedicated much of her life to uplifting others by sharing her story of perseverance, as she did with local Bronx students on the Rose Hill campus in August.

Rainford will deliver a keynote address, “Paying It Forward: A Journey of Resilience and Giving Back,” at this year’s Women’s Philanthropy Summit. 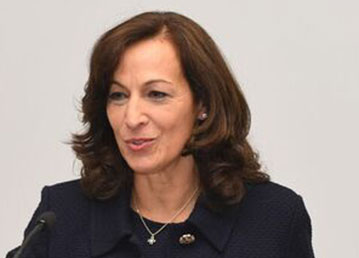 Being a leader is about continuous learning, hands-on engagement, and the power of giving time and resources. Women do this exceptionally well. The challenge is to understand the exciting opportunities for change, and to still find time for self-care and reflection.
—Susan Conley Salice, FCRH ’82

Conley Salice is the president of the Salice Family Foundation. She also serves on the boards and chairs the development committees of Fordham University, Catholic Charities of the Archdiocese of New York, and Greenwich Hospital. Before shifting her focus to philanthropy, she worked in the business sector for two decades. She earned a bachelor’s degree in psychology from Fordham College at Rose Hill and a master’s degree in fundraising and philanthropy from New York University. She was one of the keynote speakers at the inaugural Women’s Philanthropy Summit in 2017. 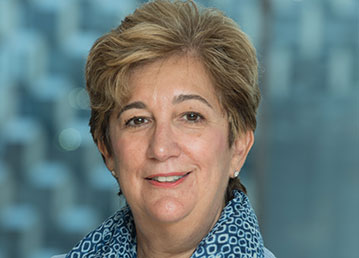 Women who have succeeded in business need to discuss how we navigated the workplace. These experiences are especially relevant today as some business leaders and politicians are seeking to erode the progress that women have made in this world. Women continually face discrimination based on their gender and have an especially tough path to managerial roles in many organizations. A man is considered tough when he makes a strong point while a woman is considered to be too emotional when making a similar point in a similar tone of voice. These stereotypes need to be put to rest. We must lead through a combination of common sense, empathy, and determination.
—Donna Smolens, FCRH ’79, GSAS ’81

Smolens has been a senior advisor at Insight Partners, a leading global private equity and venture capital firm, since 2015. Prior to joining Insight, she worked at Portfolio Advisors LLC, was a voting member on the investment committees of numerous Portfolio Advisors funds, and was on the advisory boards of 13 private equity funds. She previously worked at Crossover Ventures, DLJ Securities Private Fund Group, General Motors Investment Management, and New York Life Insurance Company. She graduated from Fordham University with both a B.A. and an M.A. in economics.