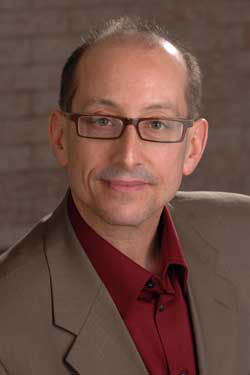 Chuck Singleton has been named the general manager of WFUV, New York’s Rock and Roots station (90.7 FM, www.wfuv.org ) licensed to Fordham University. Singleton, currently the station’s interim general manager and veteran program director, will hold the permanent position as of July 1, 2012. He assumed the interim post in June 2011.

“We have in Chuck Singleton an extraordinary eye for talent, a long track record of pleasing audiences, and a highly capable and collegial manager,” said Joseph M. McShane, S.J., president of Fordham University. “I expect great things from Chuck, and with his appointment, believe WFUV’s best days lie ahead of us.”

Singleton joined WFUV in 1987 as its first director of news and public affairs. He developed WFUV’s coverage of community issues and its student training programs, and created and hosted the program Cityscape. As interim director, he has presided over a highly successful annual gala, chaired WFUV’s strategic planning committee, and has helped guide the staff toward a unified vision for the station and increased audience and revenue.

“With this appointment, WFUV looks to the future,” said Stephen Freedman, Ph.D., provost, and professor of ecology and evolutionary biology at Fordham. “Chuck is highly respected in radio broadcasting and exceptionally well qualified to lead WFUV as it navigates a rapidly evolving broadcast environment. His experience and his judgment will prove critical in maintaining the station at the industry’s cutting edge.”

“I’m hugely honored to be asked to lead WFUV, and excited about what’s ahead for this one-of-a-kind public station,” Singleton said. “WFUV is a trusted source for musical discovery and a world-class training facility. These are unique and powerful strengths. With the station’s rich content and respected brand, and its setting in this exceptional city and as part of Fordham University, WFUV is well positioned to be an even more significant public media service.”

Singleton has more than 30 years of experience in public radio as a programmer, host, producer and contributor to stations and national programs. He has directed WFUV’s programming since 1992, including recruiting its on-air staff and expanding its schedule of Adult Album Alternative (or “Triple A”) music programming. He led the development of WFUV’s indie music service, “The Alternate Side.” Singleton began his radio career in 1980 at Philadelphia’s WXPN, hosting and producing music shows, interviews, news and cultural features. Singleton lives in the Hudson Valley with his wife Nancy, a family physician, their son and daughter, and a dog named after singer-songwriter Nellie McKay.

In announcing the appointment, Freedman thanked the search committee, chaired by William F. Baker, Ph.D., the Claudio Acquaviva S.J. Chair and Journalist-in-Residence in the Graduate School of Education. “You have made a vital contribution in ensuring a vibrant future for WFUV in the years ahead,” Freedman said. “Chuck will work to advance the standards of excellence, innovation, and service that WFUV represents within Fordham, in New York City, its surrounding communities, and beyond. Thank you again for your dedicated service to WFUV and to Fordham.”