skip to main content
Return to Fordham University
You are at:Home»Inside Fordham»Veterans Find Closure Through Writing
For the fifth consecutive year, Fordham has made Military Times magazine’s annual “Best for Vets” list of the top colleges and universities for service members, military veterans, and their families.
Fordham has been ranked regularly on the list, thanks to the diverse and comprehensive programs provided by the FordhamVets Initiative — which helps veterans transition from the military to college life — and to the financial support the school provides through the Yellow Ribbon Program. 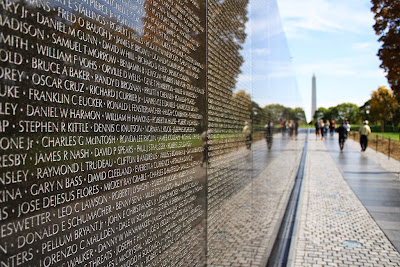 One program that has been particular helpful to Fordham veterans is the Veterans Writing Workshop, which has been held at Fordham’s Westchester campus since 2010 and recently expanded to the Lincoln Center campus. The workshops are held three times per year at both campuses.
Veterans meet weekly to learn about and practice the craft of writing and to receive feedback and support from their peers. The workshop is “intensive and creative,” said founder and instructor David Surface, and functions primarily as a writing class rather than as a support group or a therapy session. Even so, it’s difficult to separate the therapeutic value of such a group from its artistic value.
“Writing can be healing,” Surface said. “When you write about your experiences, particularly in a serious, intensive, craft-based way, there’s something that happens that doesn’t happen in a therapy session or support group. It has to do with taking mastery of your experience, or taking control of your experience in a way.”
The veterans are not required to write specifically about their experience at war because not all of them are ready to put their trauma into words, Surface said. Instead, they write about whatever inspires them in the moment, whether it’s a memory from the battlefield or a hike with family.
At the conclusion of the workshop, the veterans’ writings are published as an anthology, which the veterans share in public readings and events. In addition to preserving and celebrating their writing, Surface said, the book helps to raise awareness about veterans’ experiences by hearing it in the service members’ own words. This year’s book, Afterwords: Looking Back, marks the 15th edition of the publication. 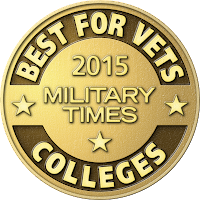 “There’s a lot of talk these day about the military/civilian divide in our country. Civilians don’t understand what veterans have experienced and vice versa,” he said. “But having the veterans themselves write about these experiences is one of the best ways to help narrow that gap.”
The Veterans Writing Workshop was developed in 2010 through collaboration between Arts Westchester (formerly the County Arts Council), the Hudson Valley Writers Center, and Fordham University Westchester as part of the National Endowment for the Arts’ The Big Read Program. Free of charge, the workshop series is open to veterans from every conflict.
Often, Surface said, a workshop will find veterans from Iraq and Afghanistan sitting side by side with veterans from Korea, Vietnam, and even World War II.
“They talk about their stories, about their feelings,” he said. “There is a comradeship that forms.”
Over and over again he has seen the veterans draw on that natural bond to help each other not only with their writing, but also with the struggles they face in the aftermath of war. He recalled an instance when one veteran decided to write about an event that had triggered a severe post-traumatic stress disorder. When the writing process became distressing for him, another veteran in the workshop offered support.
“He just sat with him while he wrote the story,” Surface said. “They help each other through these experiences.”
In addition to continuing the workshops at Fordham’s Westchester and Lincoln Center campuses, Surface will be running a Women’s Veterans Writing Workshop starting this spring at Arts Westchester. And in February, a Families of Veterans Writing Workshop will begin at Fordham Westchester for friends, family members, and supporters of military personnel.
“What I hope they learn is that their own experiences — their own memories, feelings, and thoughts — are valid,” Surface said. “They don’t need to look outside of themselves for material to write about. I just try to give them skills and tools to do that.”