skip to main content
Return to Fordham University
You are at:Home»Inside Fordham»Using Skype to Bridge the Gap Between Cultures 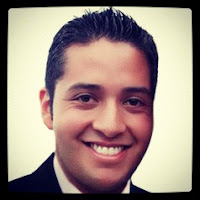 With its opportune placing among diverse Spanish-speaking neighborhoods, Fordham would seem the ideal locale for learning the language.

Nevertheless, Mario Guerrero, a Spanish adjunct instructor in the Department of Modern Languages and Literatures, found that his students rarely drawn on their neighborhood’s resources.

“Unfortunately, many students do not take advantage of this opportunity to practice with native speakers,” said Guerrero, who is himself a Fordham alumnus.

So, if he couldn’t encourage his students to venture into the surrounding communities, he figured that he could instead bring a Spanish-speaking populace into the classroom—via the Web.

“I thought I could start a project in which students could practice and improve their Spanish language level by speaking to native speakers,” he said.

During the fall semester Guerrero launched a pilot project connecting English-language-learners and Spanish-language-learners via Skype, which offers free video chatting to users. Each student in his Intro to Spanish II classes was paired with a student learning English as a Foreign Language at Javeriana University, a Jesuit university in Guerrero’s native Colombia.

The students set up four meetings with their partners—two to be conducted in English, and two in Spanish—and conversed on topics that their professors suggested based on each student’s language proficiency.

The experience, Guerrero said, contextualized the students’ language lessons and made them more accessible.

“When foreign language learners are able to express ideas in the language they are learning and understand thoughts and opinions from native speakers related to situations and circumstances that are relevant to them—such as culture, university life, being a student in a Jesuit school—the learning process is more appealing to them than when they just sit in a classroom and repeat drills written in textbooks,” he said.

The Skype sessions improved more than the students’ language skills, Guerrero added. Skype, he pointed out, is a “synchronous communication tool,” that is, a mode of communication that allows face-to-face interaction in real time. Besides prompting the students to practice Spanish in spontaneous conversation, these interactions granted them valuable insights into their partners’ cultures.

“Culture is understood as body language, gestures, concepts of time, traditions, and expressions of friendliness,” he said. “Consequently, linguistic proficiency [alone]is not enough for a second language learner—social cultural competence is fundamental for a more proficient and effective [language]speaker.”

There were inevitable moments when the students had difficulty understanding one another, Guerrero said. Such moments, though, pushed them to assist one another and find creative ways to communicate.

“Some of them thought that it was ‘a bit awkward’ to talk to people you don’t know in general, but they loved the opportunity,” he said. “My students were very happy that they had this experience.”

Guerrero hopes the project can continue not only in his own language classes, but also in other classes throughout the department.

“I think that when students learn a different language they should not only focus on the forms and structures of the language,” he said. “I strongly believe that learners should understand how other people think and perceive the world. Learning another language allows you to interact with people from other cultures and understand that there are differences, which translates into inclusion and diversity.” 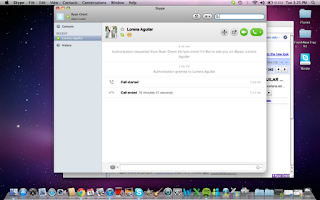 Students learning Spanish at Fordham and learning English
at Javeriana University, Colombia, called each other on Skype
and alternated between speaking in Spanish and English.