“Every day you sit through a military science class, every day that you sit through with leaders, who are pouring into you, I suggest you take a few minutes and think about what’s happening. Understand that we’re all tied to something that is huge, and purposeful and you’re tied to a history that dates back to 1775,” he said.

Sullivan, who was invited by Fordham’s Department of Military Science, spent a portion of time talking about the basic functions of the Judge Advocate General’s Corps (JAG), before opening the floor for questions from undergraduates. The division, which is made up of 10,000 civilians and military personnel, is similar to one in the U.S. Navy that captured America’s imagination in the 1992 film A Few Good Men.

Sullivan was commissioned as a Second Lieutenant in the Army in 1993 earned a J.D. from The University of Kansas, School of Law in 1996. He said takes inspiration from

Charles Hamilton Houston, who was the first special counsel for the NAACP. Lawyers, Houston once said, are “either social engineers or parasites on society.”

“I think it’s really applicable to every one of us who wears the uniform; not just lawyers,” he said. “You’re either here to build a country that’s a better place and defend people who are unable in some instances to defend themselves, or you’re in the way.”

Because the Army is so large, he said, those who work for JAG can do everything from working on behalf of the institution itself to supporting individual soldiers in areas such as divorces, consumer protection, and landlord-tenant disputes. There are opportunities to be deployed around the world with different units, and even though all new members spend their first years doing legal assistance and administrative law, it’s customary to branch out into other areas that are applicable in civilian life as well.

“The Army is really committed to making sure you have leaders who are looking out for you. You don’t even get to command a battalion anymore without this really rigorous check on who you are, your background, and the kind of character that you bring to the table,” he said.

Joining the Judge Advocate program is exceedingly difficult, as the Army JAG Corps accepts about 150 to 175 new lawyers out of out 1,500 applicants. Sullivan said that ensures that no one is applying just for a change of career. His advice for standing out? Be amazing at whatever your current job in the Army is.

“What we want are those folks who are the tip of the spear who lean forward,” he said. 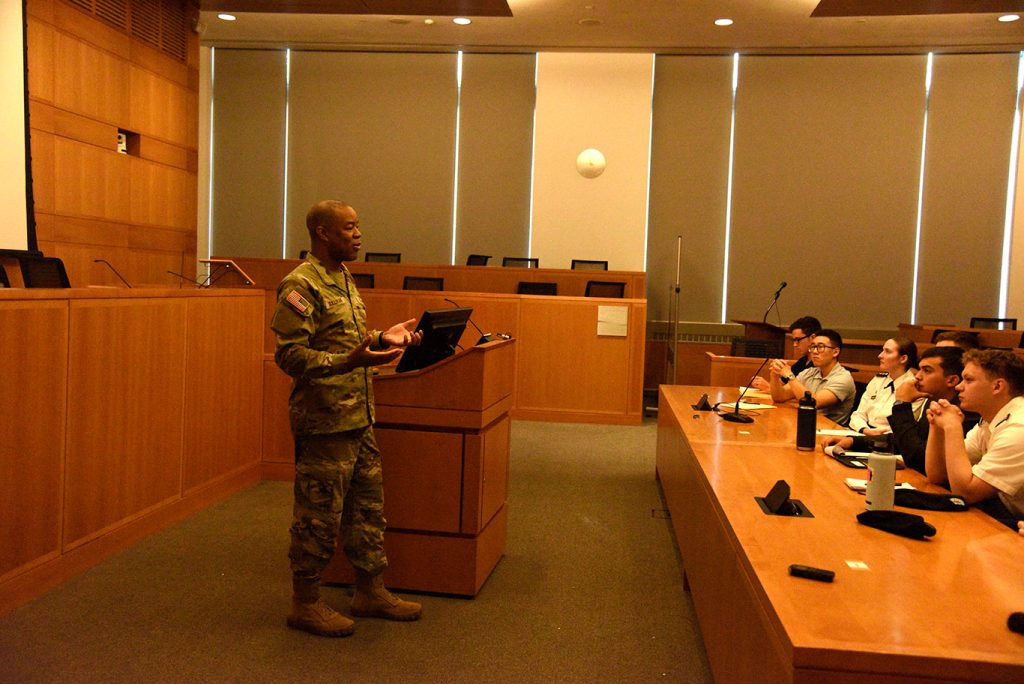