skip to main content
Return to Fordham University
You are at:Home»Campus Locations»Urban Plunge Continues Online
Staffers from established community partners returned to Urban Plunge to give first-year students a virtual tour of volunteer opportunities near campus. (Images courtesy of the Center for Community Engaged Learning)
Over the course of more than two decades, Urban Plunge has become one of Fordham’s signature events for its incoming class. Most years, nearly 200 first-year students would meet up with their peers a week before Opening Day. Teambuilding exercises, led by upper-class students, would be followed by lectures and group discussions on the history of underserved communities near the Rose Hill and Lincoln Center campuses. The group would then split up into smaller teams and ride the subway to volunteer with grass-root partner organizations at sites across the city.

In the process, students got to know each other and their new neighbors, said Roxanne De La Torre, director of Campus and Community Engagement in the Center for Community Engaged Learning, which sponsors the event. Bonds formed over the course of three days have been known to last years.

This year’s event, however, was different. Faced with the challenge of maintaining social distance during the pandemic, Urban Plunge went virtual, and in the process, shifted its focus. In response to the summer’s Black Lives Matter demonstrations, aspects of the program that were implicit became explicit for this year’s 49 participants, De La Torre said.

“Urban Plunge has always been about dismantling the ills of white supremacy and institutional racism,” she said, “and the change in format this year allowed us to dive even more deeply than we have done in the past.

Several established community partners from years past rejoined the effort this year, including the Bronx Community Relief Effort, East Harlem Tutorial Program, Bronx is Blooming, POTS-Bronx, and Drew Gardens. As the students were not able to meet the community partners in person, they got to meet the local activists via handoffs on Instagram Live. Student donations of $30 were collected and distributed evenly to the organizations.

This year, a sixth organization presented to the group for the first time. StriveHigher is a nonprofit founded by Olga Baez, an administrative assistant in Fordham College at Lincoln Center’s residential life office. The nonprofit provides young people in the Bronx with activities that foster financial literacy, wellness, education, and career exploration skills. Via Zoom, Baez talked to students about race and gentrification in the city. 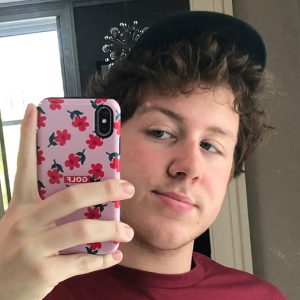 Gibson Borelli, a first-year Gabelli School of Business student from Hoboken, New Jersey, said that he appreciated the blunt discussion about gentrification that followed Baez’s talk. He said he also appreciated Baez’s work in her community in the face of so many challenges, from systemic racism to rising housing costs. In particular, Borelli said he recognized the effects of gentrification from his own hometown, which went from a sleepy brownstone community to a glitzy condo-filled waterfront during his youth. He explained that while living around the city may have helped him recognize the physical effects of gentrification, conversations at Urban Plunge on the history of displacement and redlining helped him view gentrification as a “race issue.”

He said the conversations, facilitated in part by trained student-leaders from Fordham’s upper classes, helped him examine how race plays into the many issues facing Bronx residents and how he could respond.

“We talked about holding ourselves accountable,” he said. “It’s about stepping up and using our voice to help others that might not be able to be heard. It’s about using the position of privilege you find yourself in. As a white Jew, I benefit from certain privileges that sometimes I don’t even recognize, but I need to use them to benefit others.”

He said that stepping up includes volunteering.

“There are people doing good work and that is really a beautiful thing to see,” he said. “I’m definitely going to make an effort to volunteer.”

From Far to Near, Students Learn from Community 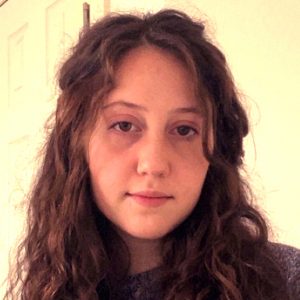 “It’s 2020, and these are things that need to be said,” said Stewart. “A lot of Bronx folks have been marginalized. We were talking about making $15 an hour and trying to afford to live in the Bronx, much less affording going to a university like Fordham.”

Stewart added that exploring the Bronx, even virtually, gave her a better understanding of the need for affinity clubs for students of color and other spaces that use the moniker “safe space.”

“I don’t have to worry about finding a group or club that’s ‘a safe space,’ as a white woman I’m guaranteed a safe space,” she said. “We have to talk about this and start being comfortable with being uncomfortable—otherwise it wouldn’t be talked about.”

For Fordham College at Lincoln Center first-year student Trystan Edwards of Boerne, Texas, Urban Plunge provided an insider’s look at the University’s surroundings. He said he plans to live off-campus and is very much looking forward to exploring all of the city, not just Manhattan.

“Urban Plunge showed me a multitude of inequities that occur in some neighborhoods, but there’s a lot of resilience,” he said. 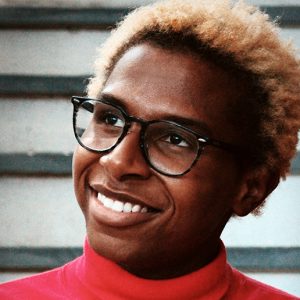 Edwards said that he was inspired by “grit” he saw in communities of color that helped them get beyond “systemic inequities.” He said the program also required him to examine his new role as neighbor.

“I have so much gratitude for this program it helped me to acknowledge my own privilege—even as Black man,” he said.

Shaira Ahmed, a first-year student from the Bronx, said that she initially expected Urban Plung to focus on the history of the borough, but she was pleased to see it home in on racism—a subject that she said is “extremely important” in light of the summer’s demonstrations. 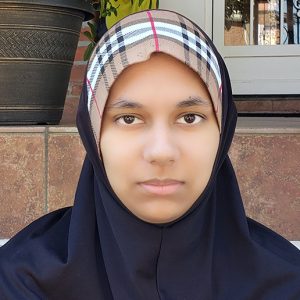 She said that she looks forward to seeing the program grow with the borough, incorporating communities like her own, the borough’s burgeoning Bengali community.

“It’s was really cool that they have this program for students who didn’t know about the history between races and how race is related to poverty,” she said, adding that she did learn a thing or two.

“I never heard of any of the [nonprofit]organizations and I was happy to learn about POTS and Bronx is Blooming and helping out,” she said. “I like doing outdoor work, maybe I can volunteer with them.”