skip to main content
Return to Fordham University
You are at:Home»University News»Trustee’s Firm Donates Tropical Fruits and Vegetables to South Bronx Amid Pandemic
Papayas harvested at a farm in Santa Isabel, Puerto Rico, are bound for the South Bronx. (Photos taken in Puerto Rico by Joe Colón; courtesy of Caribbean Produce Exchange)
Trustee Gualberto J. Rodríguez-Feliciano, FCRH ’95, is the chair of Grupo Navis LLC, a holding group of Caribbean food distributors that include Caribbean Produce Exchange (CPE), a company started by his grandfather more than 60 years ago. Late last month, CPE worked with local farmers in Puerto Rico to donate a container full of fruits, plantains, and local vegetables to communities of South Bronx affected by the COVID-19 pandemic. 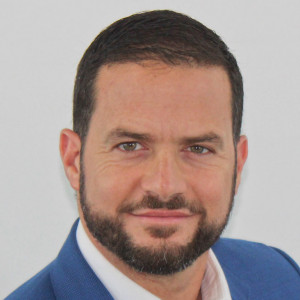 The 16,000 pounds of local fresh fruit and produce, including pineapples from Manatí, Santa Isabel papayas, and Guánica green plantains, were delivered to Baldor Specialty Foods facility in Hunts Point and distributed in partnership with City Harvest, the nonprofit known for distributing food surpluses to New Yorkers in need. Seniors, low-income families, front-line responders, and community centers that serve the area will land at the top of the list to receive the goods.

The donation is an effort to show solidarity with some of the city’s most vulnerable neighborhoods, many of which include large Latino, and in particular Puerto Rican, communities. The gift also represents a payback of kindness received by Puerto Ricans from New Yorkers after Hurricane Maria devastated the island, Rodríguez said.

Just before the hurricane, Rodríguez-Feliciano had met New York State Commissioner of Agriculture Richard Ball at a conference. The first email he received after the storm came from Ball. The two spent the next 20 months in a concerted effort to have New York support the island’s farmers by purchasing their produce; Puerto Ricans, in turn, purchased New York State apples.

“The state was developing fresh food markets where residents could use food stamps and they wanted to include offerings directly from Puerto Rican farmers,” he said.

When Rodríguez-Feliciano was a sophomore majoring in political science and economic development at Fordham College at Rose Hill, Joseph M. McShane, S.J., president of Fordham, was dean of the college. Father McShane mentored Rodríguez-Feliciano through the Matteo Ricci Society (now the Matteo Ricci Seminar), a group created by Father McShane as a way to encourage talented students to conduct research and pursue fellowships that support a more just society.

Rodríguez-Feliciano would go on to earn a Harry S. Truman Scholarship, which he used to examine the economy of his native Puerto Rico. He used the scholarship to get an MBA from the Yale School of Management and returned to Puerto Rico in 2002, after work experiences in economic development in the U.S.

“I wanted to study the issue of how to stir economic development in Puerto Rico, so I went back and looked at the history and options for the future,” he said.

Rodríguez-Feliciano spent five years total in the Bronx, four years at Fordham, and an additional year after he graduated living in the borough. It was then that he established the ties he maintains to this day.

Rodríguez-Feliciano said the first big immigration wave of Puerto Ricans moving to New York was caused in part by the displacement of farmers due to the development of the newly industrialized agriculture—many of the farmers settled in New York City.

“This is very much a part of my story here and Fordham encouraged me to pursue fellowships that could address those problems,” he said.

Rodríguez-Feliciano said he recognized the connection between the former farmers and their descendants in Bronx communities, which is mirrored by a recent influx of other Latin American communities immigrants fleeing economic hardship.

“Immigrants and brown communities seem invisible to the mainstream. Few have their hands on the structures of power,” he said.

As a result, underserved communities have to be resourceful and take care of one another out of necessity, he said, adding that corporations and their leadership could learn by paying attention to and nurturing communities like those in the South Bronx.

“These communities are generous, entrepreneurial, and solve their own problems by creating what they need, because no one is coming to rescue them,” he said.

He said that he expects that what he observed in Puerto Rico after Maria to play out in Latino communities amid the pandemic.

“We can look at these communities for example because they are collaborating all the time,” he said. “There are small crises in their lives all the time. They’re pooling resources all the time; they’re taking care of each other all the time.”

The container holding the donation was provided and shipped from San Juan, Puerto Rico by Crowley Logistics, the island’s longest-serving U.S.-based shipping and logistics company.