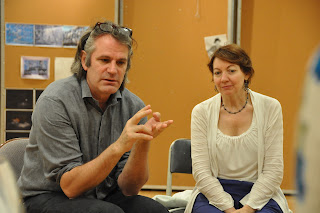 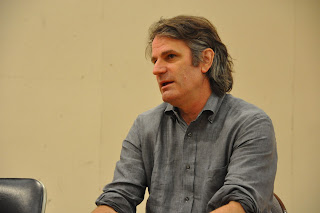 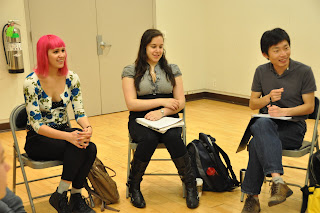 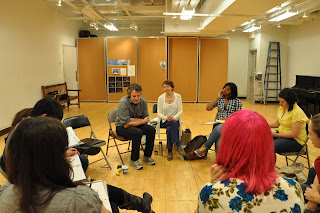 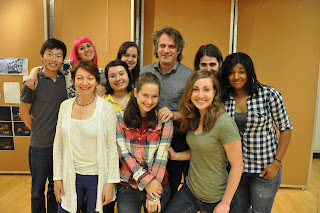 Students who came to class on June 13 for Musical Theatre Workshop, a summer session class offered by the Fordham School of Professional and Continuing Studies (PCS), were treated to a visit from award-winning Broadway director Bartlett Sher.

Sher, who won a Tony for the 2008 revival of South Pacific, spent 90 minutes at the Lincoln Center campus reflecting on his childhood in San Francisco, his career trajectory, and the current state of musical theater. He also answered questions about topics ranging from auditioning to acting methods.

Speaking to a group whose members hailed from as far away China and Hawaii, Sher extolled the possibilities of making great art anywhere, not just in New York City. He spent many years running an experimental theater in San Diego, he said, and it helped him immeasurably.

“Go and make the work you want to make, and that you feel good about, and do it for 20 years. I promise somebody in New York City might come and find you,” he said.

“If you love the work, and you really dig deep into what it is, it’s just as good as making yourself famous and expecting everybody to acknowledge your innate and obvious talents, which I’m sure you have.”

He encouraged students to pursue works of real consequence that they can really relate to, and not to get too caught up in, the superficial aspects of the industry.

“I know that my work is good when I’m fundamentally working as a subversive agent,” he said.

“And because I was raised Catholic, even when I ran a theater, it was like running a parish. You had to tell stories if you wanted people to come in—like an oncology nurse who always came to the shows because she had a really tough job, and she wanted to experience stories that would help her connect things to the world and make sense of what was there. That can be highly entertaining as well.”