skip to main content
Return to Fordham University
You are at:Home»Inside Fordham»On Take Back The Night, Fordham Offers “Point of Light” to Sexual Assault Survivors

At twilight on April 30—the final day of Sexual Assault Awareness Month—colleges across the country lit up their campuses in observation of Take Back The Night (TBTN), signaling to survivors of sexual assault that they are not alone in their suffering.

This year, Fordham was selected by the TBTN national foundation to be one of its 10 Points of Light around the country. These 10 locations hold concurrent awareness-raising events and serve as a gathering place for survivors and supporters alike, offering a tangible reminder that help is all around us.

“[When you’ve gone through this experience], sometimes you feel very alone and fearful that you’re the only one going through all of this,” said Katie Koestner, executive director of the TBTN Foundation and the first date-rape survivor to speak out nationally. “The 10 Points of Light are a symbol that we have light in every nook and cranny in the country to help survivors heal.”

The foundation selects the 10 campuses based on each school’s commitment to addressing sexual assault and related issues. Fordham was selected in part based on its conference last summer on campus sexual misconduct policies, which trained both Fordham and non-Fordham educators on how to deal with sexual misconduct 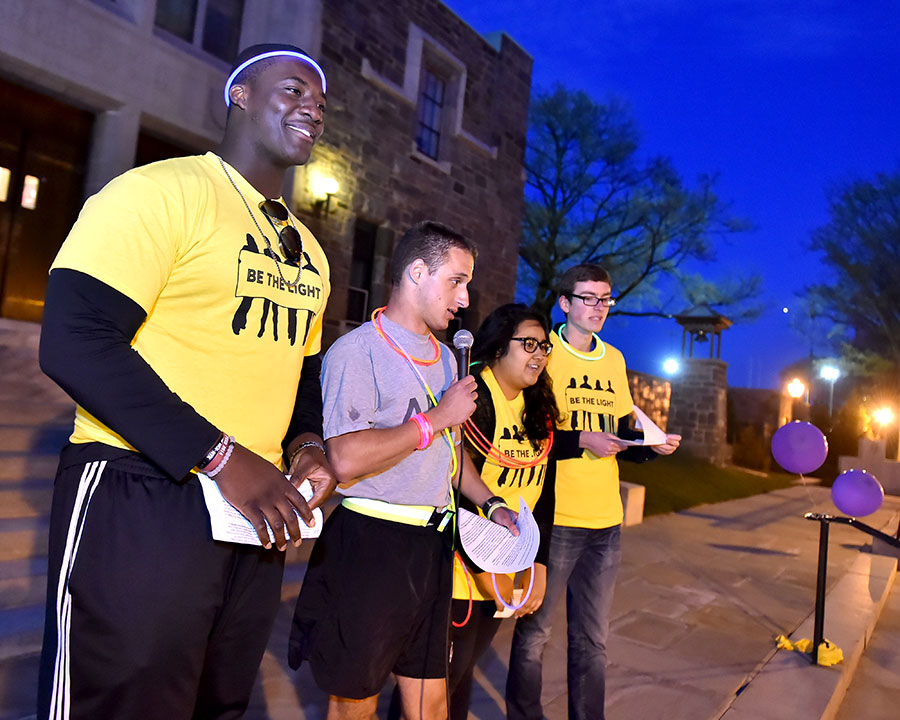 Undergraduate students kick off Take Back The Night at Rose Hill.
Photo by Dana Maxson

The conference, which was organized by the School Policy Institute and Fordham’s Division of Student Affairs, was a powerful example of Fordham’s commitment to the cause, Koestner said.

“We thought it was really important that the [Fordham] administrators were committed to ending sexual violence and were willing to showcase this with their colleague institutions,” she said.

While their Lincoln Center counterparts were hosting a vigil that featured poems and personal accounts from survivors, Rose Hill students discussed the bystander effect as it relates to sexual violence.

Women’s basketball coach Stephanie Gaitley kicked off the event by offering advice on how students can intervene on a friend’s behalf. The most important action students can take, Gaitley said, is to let others know if they believe a friend is in trouble so that he or she can get effective help.

“It’s something that affects everyone. It affects boys, women, men, mothers, children—anyone can be victim to it,” Gaitley said. “We need to rally. All of us here represent a team to fight sexual misconduct.” 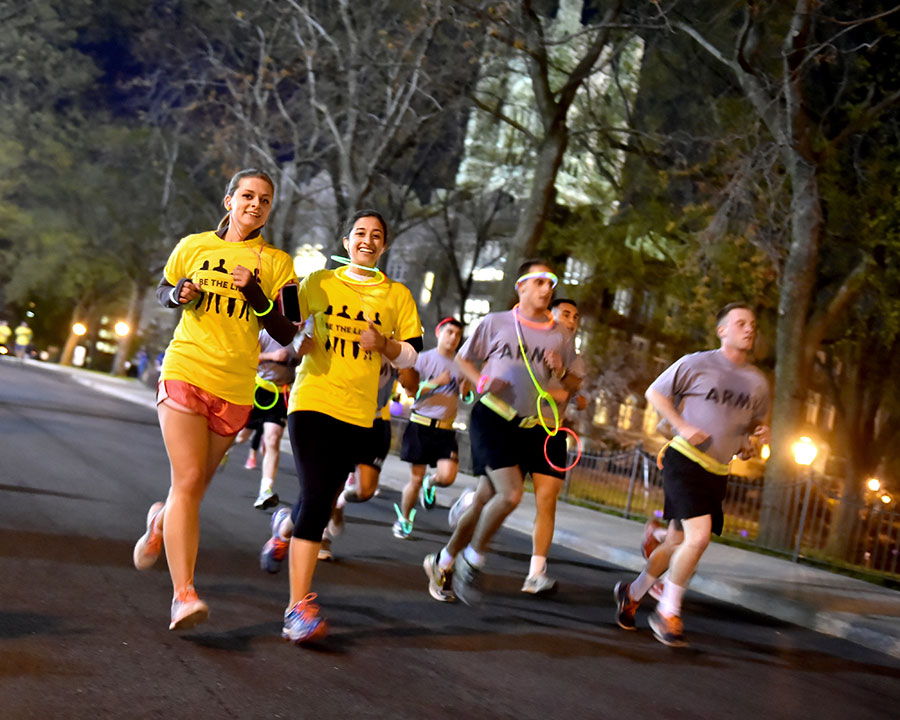 Often, people feel afraid or uncertain about intervening, said sophomore residential assistant Nazifa Nasim. They may not consider themselves “bystanders” in the traditional sense of the word if they were not present during the incident.

“It doesn’t strictly have to be someone at a party witnessing an event—it could also be someone who suspects something. It could be the friend that you think might be going through a tough time,” she said.

“Events like this help foster a sense of confidence in bystanders so that they’re more aware of these types of situations and are more ready to react than they normally would have been.”

The Rose Hill event was supported by the Office of Residential Life, the Residence Halls Association, the United Student Government sexual misconduct task force, ROTC, the football team, and the women’s basketball team.