skip to main content
Return to Fordham University
You are at:Home»Commencement»Commencement 2018»Students and Alumni Secure More Than 100 Prestigious Awards
Photo by Chris Taggart
As the academic year comes to a close, many Fordham students and alumni are preparing to continue their education through the prestigious scholarships, fellowships, and internships they’ve earned. As of May 10, Fordham students have received 118 awards in 2017–2018, including seven Fulbright awards, three Boren Fellowships, and 15 Clare Boothe Luce scholarships and fellowships.

“We are so proud of all of the students who worked with us this year, especially the graduates of 2018,” said John Kezel, Ph.D., director of the Campion Institute, which helps Fordham students apply for prestigious scholarships and fellowships. “We are also delighted that so many alumni decided to come back and work with us to achieve their dreams.” 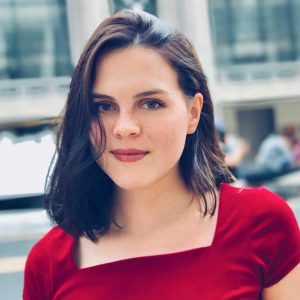 Kayla Matteucci is the first Fordham student to be selected as a James C. Gaither Junior Fellow at the Carnegie Endowment for International Peace, a global think tank with centers around the world. She was one of 12 students chosen out of hundreds of applicants. The yearlong fellowship in Washington, D.C., which will focus on nuclear policy, will allow Matteucci to advance the research interests she developed as an intern at Fordham Law’s Center on National Security.

“I was doing research related to counterterrorism and cybersecurity, and there’s a lot of overlap with nuclear policy,” said the international relations and Spanish major, who is graduating from Fordham College at Lincoln Center. Matteucci is currently interning with two nongovernmental organizations at the United Nations, where she focuses on disarmament. In April, she traveled on a Fordham-funded trip to Geneva for the U.N. Preparatory Committee meeting for the 2020 Nuclear Non-Proliferation Treaty, attending as part of a youth delegation.

“It was clear that states are preparing for the eventuality of cooperation on  disarmament,” she said. “With dialogue lacking in most political spaces—even the nuclear field is quite partisan—it is exciting to see people searching for common ground.”

Sean McKay is graduating from Fordham College at Rose Hill, but he will be celebrating in Rio de Janeiro, where he is studying Portuguese on a Boren Scholarship. And McKay has even more reason to celebrate: This year he won a Fulbright, which he expects will have him returning to Brazil to teach English. He’ll also be required to design a community engagement project, and has proposed starting a creative writing workshop where students will offer constructive criticism and share Brazilian and American media for inspiration.

“The idea comes directly from the creative workshop classes taken at Fordham as part of my creative writing minor,” said McKay.

Upon completing the Boren, McKay should be well prepared for his Fulbright teaching position; this past year he has been studying Brazil’s language and literature.

“I had learned Spanish and there was linguistic crossover with Portuguese, but I had never heard of, or engaged with, plays, short stories, and fiction of Brazil,” he said. He has also noticed similarities in Brazilian and American identities, which he would not have been aware of had he not immersed himself in Brazil’s “vibrant and rich culture.”

“In its core, the Fulbright means growing your sense of empathy to build deeper relationships with communities that Americans don’t often directly engage with,” he said. 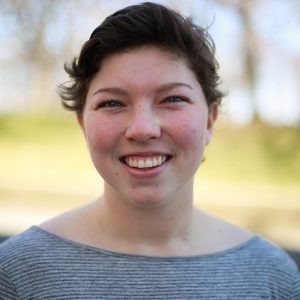 Olivia Korth graduates today from the Gabelli School of Business with a concentration in entrepreneurship and a double minor in sustainable business and environmental studies. After winning a Newman’s Own Fellowship, she will have the opportunity to combine all of her interests while helping underserved communities. Korth will be getting in on the ground floor of a new nonprofit called Wholesome Wave, a food equity company that seeks to salvage and sell fruits and vegetables that are deemed unattractive by consumers and supermarkets but are perfectly fine nutritionally. Newman’s Own will pay her salary.

“I’ll be working with a team of four for one year. We hope to grow the number of grocery chains that carry the food from five to 15,” she said. “The stores are near farms in the Appalachian region of Virginia, an area that has high rates of poverty, obesity, and diabetes.

She added that she had just been talking about the “ugly food” movement in one of her classes a day before she interviewed for the position, so she felt well versed in the subject.

“I had already worked in the realm of sustainability, all my classes touch on it, so I felt like everything just came together,” she said.

As of May 10, other prestigious awards won this year include: