skip to main content
Return to Fordham University
You are at:Home»University News»Seeing Red in the Snow: Art Professor Takes Infrared Photos in Arctic
Carleen Sheehan in the arctic (Photo by Cynthia Reeves)
Carleen Sheehan, artist-in-residence in the Department of Theatre and Visual Arts, is spending the month of June in the Arctic Circle.

Sheehan received a residency fellowship that is allowing her to do infrared and other photographic processes on a tall ship in the northern latitudes, just off the coast of Svalbard, Norway. 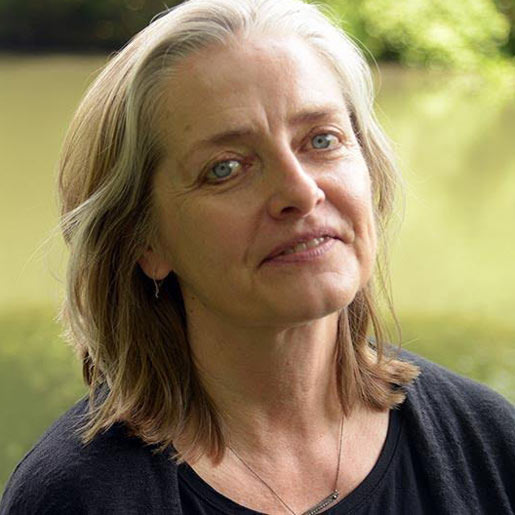 The residency, sponsored by The Farm Foundation, will bring Sheehan together with scholars, scientists, choreographers,composers, sound designers, a cinematographer, and a children’s book author to collaborate on projects relating to the environment and climate change.

“So much of what we experience in contemporary life is filtered and fleeting,” said Sheehan. “I will use my camera as a drawing tool to look for patterns of light and ephemeral, spectacular moments in landscape,” she said. “I plan to work with micro lenses and infrared photography to show the environment in an engaging, and unfamiliar way”.

For Sheehan, who views her artist’s methods in almost a scientific manner, and whose primary focus is the environment, the collaboration is a perfect fit.

“When I start a project, I like to work in an experimental way with materials, opening the work to new outcomes,” she said. “I’m very excited to be in the arctic, where I’ll have time to push new ideas, collaborate, and collect visual data to use back in the studio.”

Sheehan said she primarily thinks of herself as “someone who draws” but she incorporates “all levels of visual information.” That includes photography, painting, charts, maps, and anything that helps convey “the collaged, compressed experience of contemporary life.”

Focusing on content that highlights the rapidly disappearing ice and snow, Sheehan said she’ll be using photo techniques in a “painterly way,” playing with light, color, and texture. The use of infrared can transform a landscape that is green to appear as if it is pink or white, thus returning a verdant landscape to the color of the ice and snow that once covered it.

Aside from landscapes, Sheehan said she’ll also be making photograms of ice shadows using cyanotype, a blue-toned, early photographic printing process used frequently in the 20th century. As the process uses iron oxide, out of concern for the environment she won’t be developing the prints until she returns to her Brooklyn studio. As with the infrared, the cyanotype photos will also highlight global warming.

“Rather than showing ice melting, they’ll show you absence,” she said. “There are lots of mythic stories of shadows being the soul of something.”

Sheehan expects the overall theme of the work to be about “light, shadow, and ghosts,” themes which she says will allow her to play with the nearly 24 hours of light a day at the Arctic Circle this time of year.

“I use my camera as a drawing tool. I look for patterns of light and ephemeral moments in landscape,” she said. “I hope to bring that sensibility to the arctic.”

The sailing ship Antigua, which houses 32 artists, scientists, and choreographers for the month of June.