skip to main content
Return to Fordham University
You are at:Home»Commencement»Scholarship Winners Take On the World

For some students, the school year’s close is the starting bell for the next season of academic and service work at home and abroad. As of May 10, Fordham students earned 58 national and international awards. 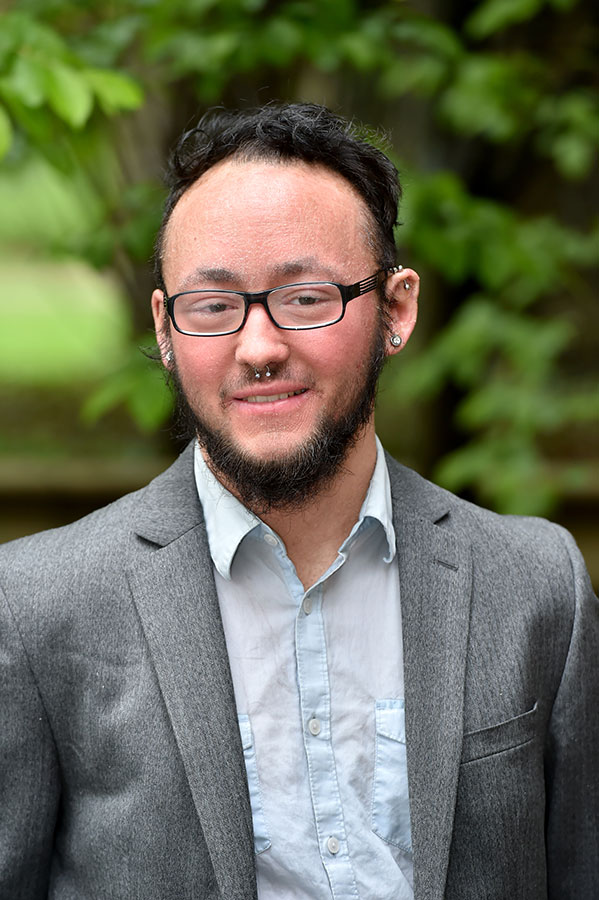 DelGrande, who is graduating from the Gabelli School of Business‘s global business honors program, was originally destined for Bursa, Turkey to study Turkish, but his assignment has been relocated to Baku, Azerbaijan due to security concerns.

“It was a surprise to hear, and a bit of a bummer at first, but I’m excited to go,” said DelGrande, who is also proficient in Spanish and Italian, and has studied Mandarin and Swahili.

The two-month study will not be DelGrande’s first foray with Turkish. He has been studying the language since high school and also studied abroad in Istanbul. He plans to use his experience this summer to prepare him to begin a career in translation. He said he’s noticed many small businesses using websites and Facebook pages in both Turkish and English in order to reach a wider audience. Often, however, the translations are not good.

“I’d like to help these smaller business reach the English-speaking world by providing translations,” he said. 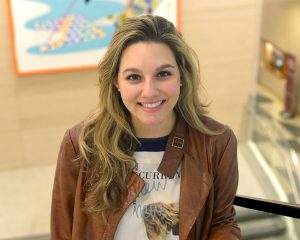 Olivia Gonzalez, recipient of a Fulbright to the United Kingdom.
Photo by Joanna Mercuri

School of Law graduate Olivia Gonzalez will travel to Oxford University. Gonzalez won a Fulbright fellowship for graduate study in the United Kingdom, where she will work toward a master’s in social science with a specialty in cybersecurity law and policy.

“There is no existing international law on cyberwarfare,” said Gonzalez, who was also a 2014 White House fellow. “I’m interested in how the current laws of war are going to apply in the case of a cyberattack, and I’d like to help create new laws and policies around this.”

Boren scholarship winner Peter Terrafranca sets out in June to Amman, Jordan for a summer of intensive Arabic language study followed by a year researching the refugee crisis in the Middle East.

“I’m interested in how refugees integrate into the countries they end up in, as well as how U.S. foreign policy has affected refugee issues in the region,” said Terrafranca, a School of Professional and Continuing Studies student who is majoring in international studies and minoring in Arabic. 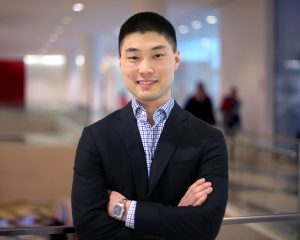 Peter Terrafranca, recipient of a Boren scholarship to Jordan.
Photo by Joanna Mercuri

Terrafranca’s Boren win comes after a long journey of his own. After dropping out of a community college business program, Terrafranca enlisted in the military and made several tours to Afghanistan and Romania. While abroad, he witnessed firsthand the chaos that refugee families endure when they are forced to uproot and start anew in a foreign country.

“It’s a complex subject, and a sensitive one, because most refugees just want to go back home,” Terrafranca said. “I want to find out what hasn’t been talked about yet.”

As of July 5, other prestigious scholarships won this year include:

Two additional Fordham alumni won Fulbright fellowships through other educational institutions. Michael Perrin, FCRH ’13, GSAS ’14, received an English teaching fellowship to Spain. A recent graduate from Yale University’s epidemiology and global health program, Perrin also plans to shadow at children’s hospitals and the Ministry of Health while in Madrid. Victoria Chatfield, GSE ’10, received a Fulbright Distinguished Award in Teaching, which she will complete at the University of Glasgow in the United Kingdom.

John Kezel, PhD, director of the Campion Institute, said his office’s initiative to reach more students from all of Fordham’s schools paid off this year.

“We are seeing greater diversity in the students who are applying for fellowships and they are bringing increasingly more creative projects and richer cultural and social backgrounds into their applications,” he said.