skip to main content
Return to Fordham University
You are at:Home»University News»Return to Tomorrow, part III

Fifty years ago, Fordham alumni had a hand in making the 1964–1965 New York World’s Fair one of the most memorable spectacles of commerce, culture, and innovation in the city’s history.

Below is the final segment of “Return to Tomorrow,” our feature on the fair for the Spring 2014 issue of FORDHAM magazine. Last week we published part I–the account of Fordham alumnus John Murray gingerly packing Michelangelo’s Pietà for its journey to Flushing, and part II, which highlighted the role of fair organizer Thomas Deegan, FCRH ’34.

When the fair opened on April 22, 1964, flags of dozens of nations waved high in the air, lining a dramatic path to the the stainless-steel Unisphere, a 12-story symbol of the event’s Peace Through Understanding theme and a still-standing Queens landmark. Much has been written about the fair’s failures–financial and otherwise. But for visitors who were lucky enough to visit the fairgrounds, those troubles were eclipsed by the spectacular attractions. No fewer than 140 pavilions showcased bold innovations and cultural treasures: Giant color television screens flashed footage of the crowds. Ford debuted its Mustang convertible. Model homes displayed sleek and convenient appliances. 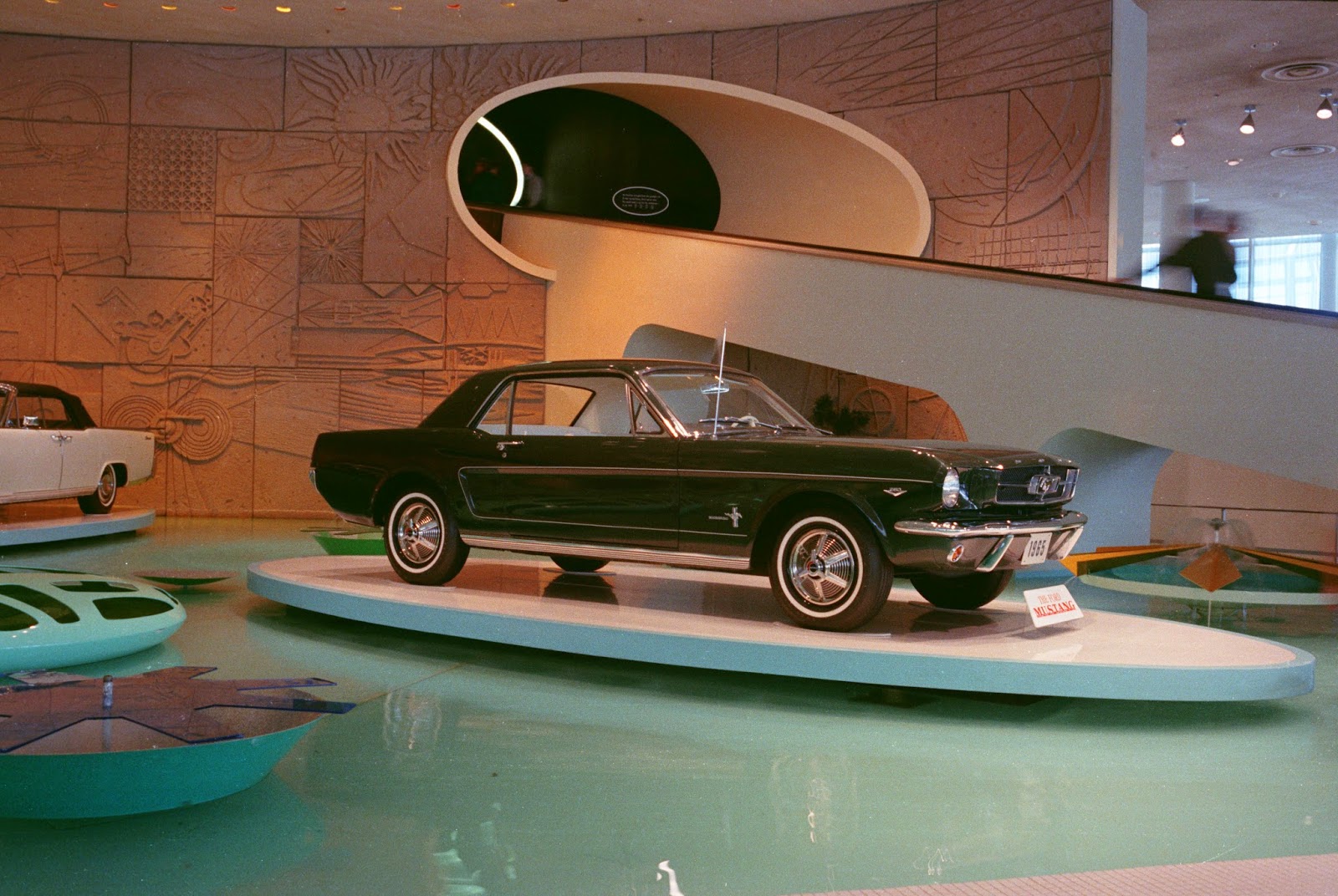 Ford debuted its iconic Mustang at the fair. (photo courtesy of Ford)

The BIE boycott allowed less well-known nations to receive more attention: There were dancers from Thailand, waffles from Belgium, and Dead Sea scrolls from Jordan. And fairgoers got around via the Swiss Sky Ride, whose red, blue, and yellow cars traveled on cables high above the revelry.

“We focused on what was there rather than what wasn’t there,” said Robert Intelisano, FCRH ’64, a senior at Fordham when the fair opened. He landed a job at the Ford Pavilion and recruited some Fordham classmates to work with him. His work there and later at the General Motors Pavilion launched a 20-plus-year career in the automotive industry.

“What intrigued me a lot were how many non-Americans were there,” he said. For a young New Yorker with Italian-immigrant parents, seeing so many foreigners, coupled with displays from Asia and other far-off lands, changed his worldview. 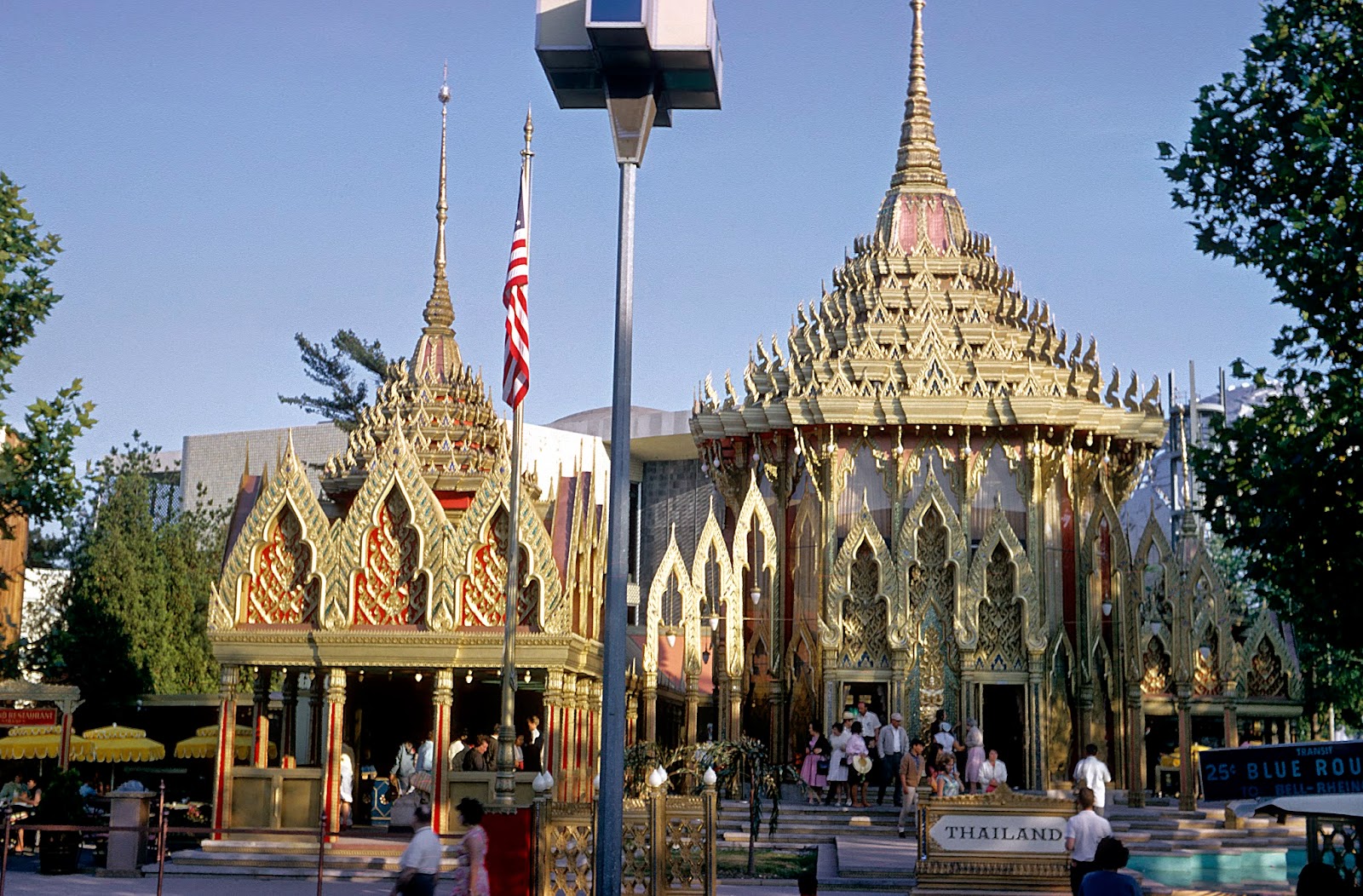 Rosemary Wakeman, Ph.D., director of Fordham’s urban studies program and an expert on world’s fairs, said that despite much being written about the fair’s failures, people who lived through the event look back on it fondly.

“The ’64 World’s Fair was one of the last great fairs. It was the end of an era after a very, very long run,” she said, beginning with the 1851 First World Exposition in London. “I think that’s why there’s such a nostalgic feel for it.”

In the competitive Cold War era, Wakeman said, “It was all about conquering the Earth, the moon, the jungle, the seas.”

Though the Soviets had agreed to participate in the New York fair, they withdrew before it opened. Still, the Space Race loomed large. The Hall of Science, which still exists as a science museum, and its adjacent U.S. Space Park, showcased several large-scale model rockets as well as the Mercury capsule from the second American-manned orbit flight.

Communications technology was also a big hit at the fair. RCA’s color television studio broadcast live on sets and screens set up throughout the fairgrounds, on which visitors could see themselves. Bell debuted the very futuristic picture phone, along with sleek new push-button telephones. IBM offered a look at future computers. 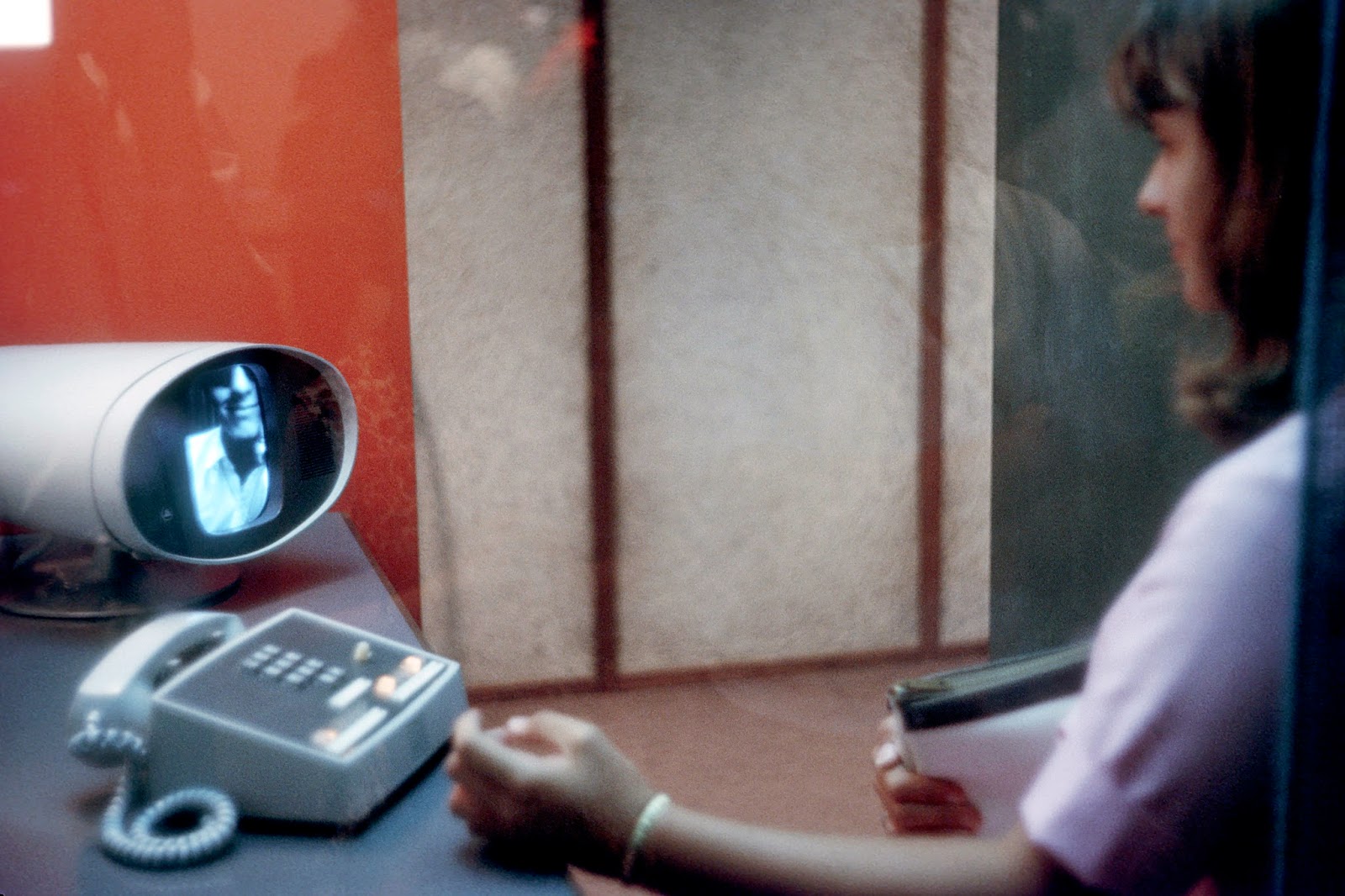 Bell’s picture phone was a popular attraction at the fair. (photo: Bill Cotter)

Wakeman, who teaches a popular class at Fordham on world’s fairs, said this technology is one of the reasons her students are so drawn to the 1964–1965 fair.

“That’s the world they exist in,” she said.

While displaying America’s latest advances was a priority for the fair organizers, they also hoped to project a certain image.

“It was hard to compete with the 1939 fair,” said Wakeman. “It had a far-larger influence (in terms of art and architecture), and was very avant-garde.”

The 1964 fair was, by contrast, more wholesome. Organizers recruited the master of family entertainment, Walt Disney. His new Audio-Animatronics technology dominated all the major pavilions, including Ford’s Magic Skyway, General Electric’s Carousel of Progress, and Pepsi’s It’s a Small World ride, with the latter two eventually making their way to Walt Disney World in Florida.

But for all his showmanship, Disney may have been upstaged by Michelangelo.

Visitors flocked to the Vatican Pavilion to see the Pietà, which glowed before a dark blue background surrounded by hundreds of flickering votive lights. It sat behind bulletproof Plexiglas, and spectators viewed it from a moving sidewalk so none could linger too long.

For many fairgoers, including Wakeman, it was the highlight of their visit. A Queens native, she and her family had moved to California, but drove across the country in their Ford to visit the fair.

“When I saw the Pietà,” she said, “I was so knocked out. It was breathtaking.”

David Smith, GBA ’80, went to the fair both years. “My mother worked as a waitress and threw all her tips into a shoebox so we could go,” he wrote in a Facebook post. “The Vatican exhibit was most impressive.”

Robert P. Lynch, UGE ’70, visited the fair 16 times. “I was the oldest child (with a twin) of an Irish family of seven from Bayside. We would take the bus to Kissena Boulevard and walk from there to save an extra fare on the subway, 15 cents,” he said. “They were magic times. Even at that age I found it overly ‘corporate’ but educational. I was also captivated by the Pietà.”

With John Murray back from Rome, he and Eileen also brought their family to the fair several times. “John was practically in tears,” Eileen said, “because he could no longer reach out and touch the statue.”

In the fair’s second season, Pope Paul VI made a visit to the fairgrounds during the first-ever papal visit to the United States. He spoke to the captivated crowds from the Vatican Pavilion.

“I had my 11-year-old disabled brother on my shoulders so he could see him,” said Intelisano.

Today, Flushing Meadows-Corona Park, the largest in Queens, is widely used by the ethnically diverse borough’s families—many Latino Catholics—who play soccer and barbecue on its expansive grounds. A stone memorial marks the spot where Pope Paul once stood. 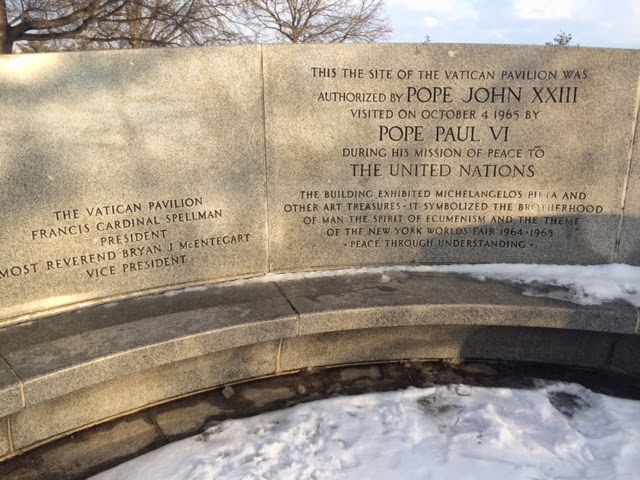 By the end of 1965, more than 51 million people had visited the fair, and more than half of those visitors saw the Pietà.

After it was all over, John and Eileen Murray received an invitation to visit St. Peter’s Basilica. When their guided tour ran long, Eileen was afraid they might miss the general audience with Pope Paul that the couple had planned to attend. All of a sudden, she said, she and John were in a private room with the pontiff.

“He told John, ‘You were the first one to ever take the Pietà from the Vatican, and you’ll be the last one,’” Eileen said. “When we were leaving, he grabbed my arm, and I thought, what did I do wrong? But he said, ‘You must come back to Rome.’”

As for Deegan, he would continue to advise the Vatican on matters of popular opinion for another 12 years, until his death in November 1977. The year the fair opened, Fordham awarded him an honorary Doctor of Laws degree. And in 1965, based on his prior credits, professional achievements, and papers submitted, the University granted him the bachelor’s degree he would have earned in 1934 had he not dropped out and embarked on a career that inspired him to help plan and pull off one of the greatest events in New York City history.