skip to main content
Return to Fordham University
You are at:Home»Inside Fordham»Return to Tomorrow, Part II 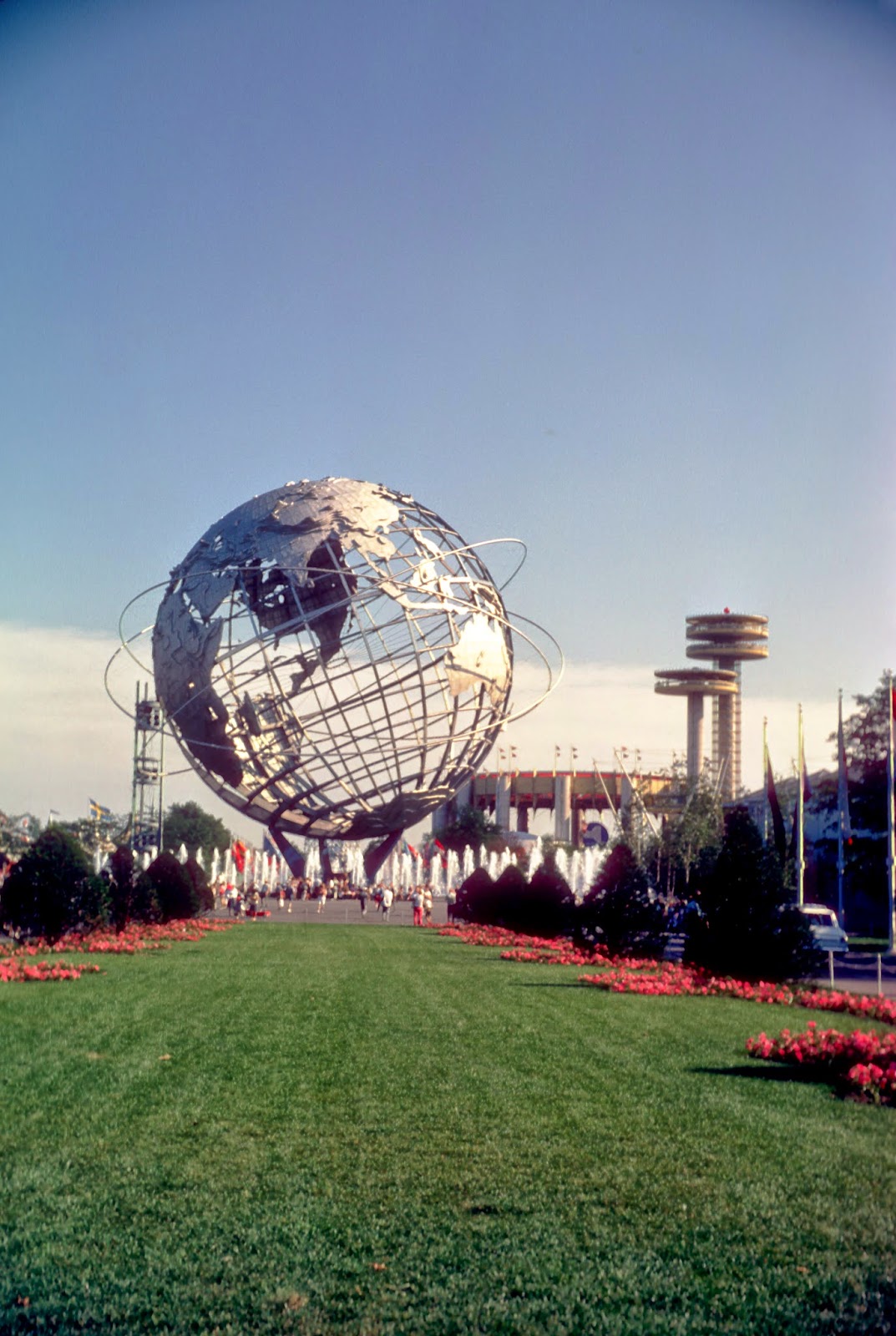 Fifty years ago, Fordham alumni brought Michelangelo’s first masterpiece to Flushing Meadows and helped make the 1964–1965 New York World’s Fair one of the most memorable spectacles of commerce, culture, and innovation in the city’s history.

This week and next, as New York celebrates the fair’s anniversary, Fordham Notes will publish excerpts from “Return to Tomorrow,” our feature on the fair for the Spring 2014 issue of FORDHAM magazine. Earlier this week we publishedpart I–the account of  Fordham alumnus John Murray gingerly packing the Pietà  for its journey to Flushing. The story continues below.

The Pietà was ready for the first leg of its journey: an 18-mile-an-hour rainy ride from Vatican City to Naples in an open yellow truck.  Once it reached the port in Naples, the entire package, encapsulated in an outer steel case, was lifted by crane onto the deck of the SS Cristoforo Colombo, the pride of the Italian fleet. Cables fitted with hydrostatic releases lashed the bright orange-topped case to the ship’s deck. If the boat sank below 15 feet, the case—also equipped with a flashing light and a radio transmitter—would detach and float freely. John Murray, FCRH ’57, was on board to accompany the precious cargo back to the States.

“I told him if anything happens to that ship, you jump on top of that box,” said Murray’s wife, Eileen, “because it would be visible to any rescuer.” 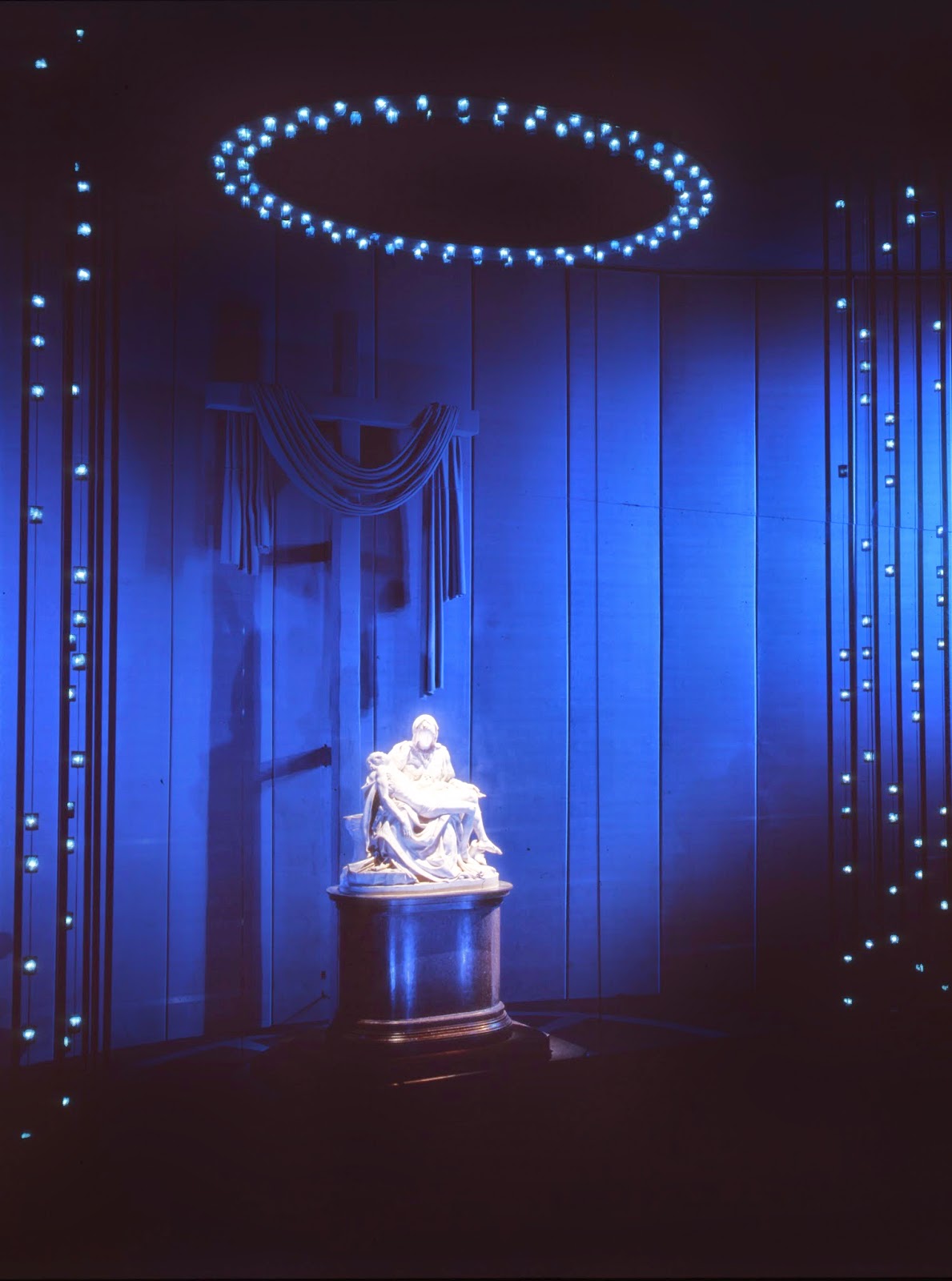 The Pietà finally arrived in Flushing Bay, along with another Vatican treasure—The Good Shepherd—a fourth-century statue of Christ. A McNally Brothers truck drove them both to the fairgrounds, and they were installed in the Vatican Pavilion on April 16—six days before the fair opened.

For fair organizer Thomas J. Deegan, FCRH ’34, the Vatican’s participation was an early coup. In 1962, Deegan and the fair’s president, New York’s “Master Builder” Robert Moses, traveled with Cardinal Spellman to Rome for a special ceremony confirming the Vatican’s role. But the Pietà was more than they ever could have hoped for. At once spectacular and pious, the beloved sculpture lent a sense of culture to the fair, a rebuttal, the organizers felt, to critics who feared the event would descend into crass commercialism and kitsch.

A well-connected public relations executive, Deegan had dropped out of Fordham during the Depression to find work. He wrote for The New York Times before forming his own publicity company in 1957. By 1960, he would advise Lyndon Johnson on his run for president. When Deegan and his associates approached New York City Mayor Robert Wagner with the idea of a fair—one that would recapture the magic of the 1939 fair held in the same spot in Flushing—the mayor tapped him to helm the process.

Deegan chaired the fair’s executive committee, which faced its share of challenges. The Bureau of International Exhibitions (BIE), which had sanctioned all World’s Fairs since 1928, would not bestow its blessing on New York. Moses insisted the fair run for two six-month sessions to recoup expenses—longer than the BIE allowed. Without the bureau’s backing, many nations refused to participate, which left corporate pavilions to play a larger role—leading some to accuse the fair of being too commercial. And mounting costs and below-projected attendance meant that fair organizers couldn’t pay back their debts.

But for visitors who crossed the wooden ramp from the No. 7 subway stop into the Flushing Meadows fairgrounds, the spectacular sight eclipsed any behind-the-scenes troubles.

Flags of dozens of nations waved high in the air, lining a dramatic path to the fair’s stainless-steel Unisphere, a 12-story symbol of the event’s Peace Through Understanding theme and a still-standing Queens landmark. No fewer than 140 pavilions showcased bold innovations and cultural treasures: Giant color television screens flashed footage of the crowds. Ford debuted its Mustang. Model homes displayed sleek and convenient appliances. The BIE boycott allowed less well-known nations to receive more attention: There were dancers from Thailand, waffles from Belgium, and Dead Sea scrolls from Jordan. And fairgoers got around via the Swiss Sky Ride, whose red, blue, and yellow cars traveled on cables high above the revelry.

Learn more about the fair’s attractions—including first-hand alumni memories—in part III of “Return to Tomorrow” on Fordham Notes next week. 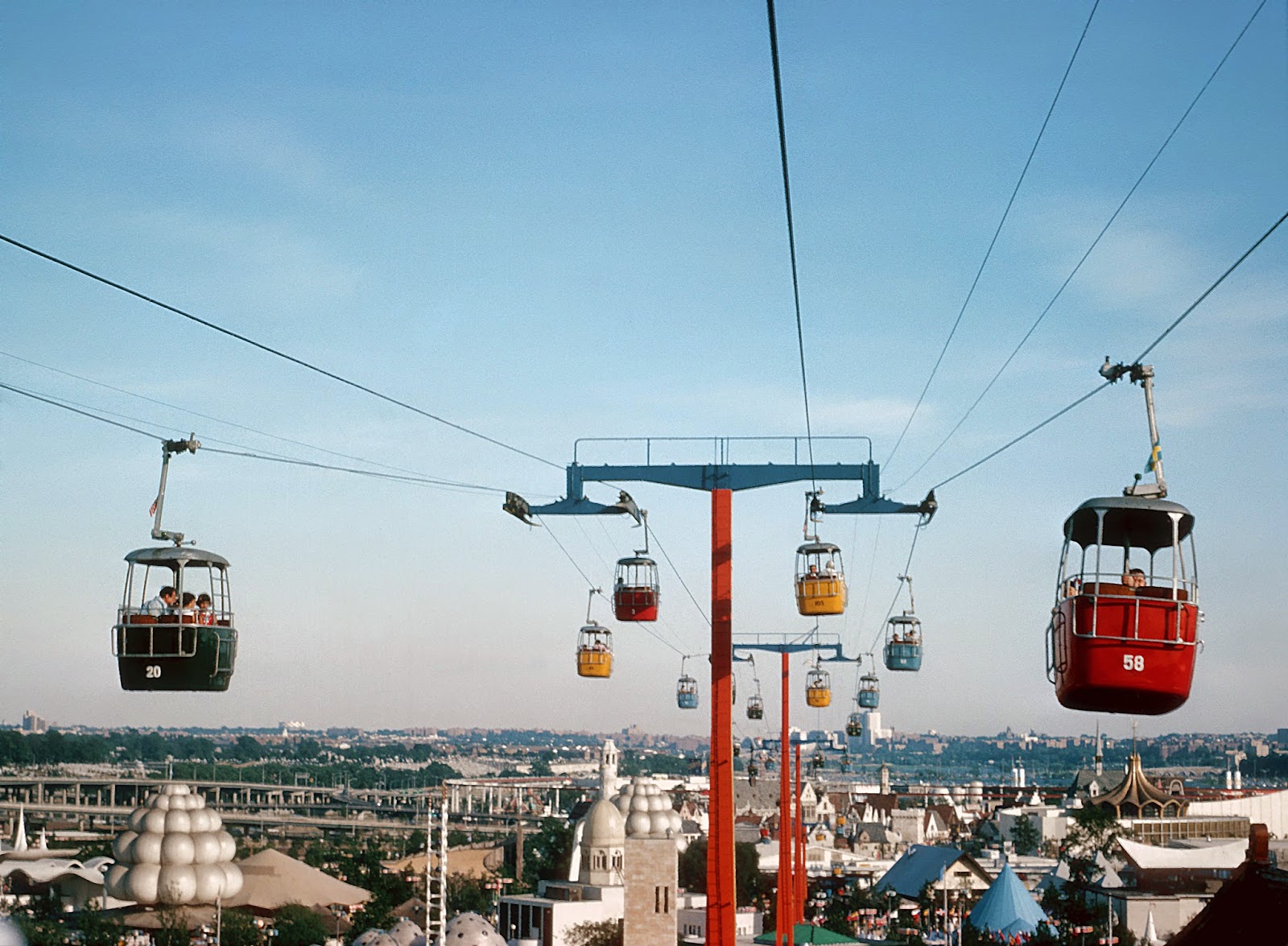