skip to main content
Return to Fordham University
You are at:Home»University News»Real Estate Master’s Program Collaborates with Urban Land Institute
Serge Reda helps master’s student Joseph Ramos prepare for presentations in a collaborative class activity with the Urban Land Institute. Photos by Argenis Apolinario
New York is the town that created snazzy acronyms for developing neighborhoods: SoHo for the neighborhood south of Houston Street, TriBeCa for the triangle below Canal Street, and NoLita for the area north of Little Italy. But it is also a town where acronyms clash: NIMBY (not in my backyard) versus YIMBY (yes in my backyard). Most of that debate plays out at contentious community board meetings and raucous city council hearings, with the NIMBY crowd opposing development and the YIMBY crowd supporting it. Real estate developers know from experience how to navigate these disputes and be sensitive to the interests of many stakeholders. But how can that be taught?

Now, a course in the School of Professional and Continuing Studies’ Real Estate Institute master’s program, titled Real Estate Development and Feasibility Study, gives students a real-world taste of what it’s like to propose a commercial real estate project to the community. The course was developed by instructor Serge Reda, GABELLI ’04, who has 18 years of experience in commercial real estate development. He also teaches a course on real estate capital markets for the Gabelli School of Business. 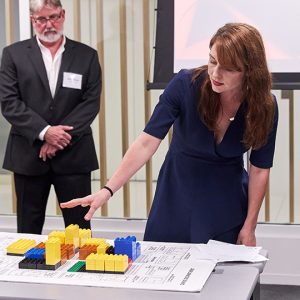 “I’m really interested in changing people’s perception of what they think real estate development is,” said Reda. “My message is you can make a lot of money, still listen to the community, and think about the project’s legacy—like what’s right for the next 100 years.”

To create the course Reda collaborated with the Urban Land Institute’s (ULI) New York to incorporate ULI’s UrbanPlan program. ULI, a nonprofit that seeks to encourage responsible land use alongside sustainable community, created the 15-hour curriculum for students to address the multipronged effort it takes to build in a city like New York. But for the sake of the class, students build their developments in a fictional town called “Elmwood.”

The exercise sets up two development teams of five students each. Students are assigned roles: a site planner, financial analyst, marketing director, city liaison, and neighborhood liaison. The city, “Elmwood,” has put out a request for proposals, and the two teams must put together a vision statement, build a financial model, and a site model. In the five weeks it takes to complete the course, trained volunteers from ULI New York come in as facilitators to walk students through their plans and help them understand what it’ll be like to present to city hall. In the fifth session they present to a mock city council, when still more ULI volunteers step in to play the role of councilmembers at the hearing. 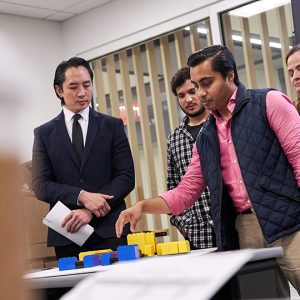 Two teams faced off in the request for proposals. Students Harvey Luk (left with tie) and Mosfigul Aktar (at right) present.

“It’s about as real as it could possibly get without actually going to the City Council,” said Reda, who is a ULI member and has been a volunteer facilitator.

The master’s level program was developed by ULI at the University of California, Berkeley; Fordham is the first university to use it in New York City.

“Graduate level students often study different areas of real estate development and operate in silos without a true understanding of how the various development roles relate to each other until they enter fulltime in the profession,” said Sofia Guerrero, Senior Manager for ULI New York, who oversees UrbanPlan locally.

“The mission of UrbanPlan is to create those connections on the fundamentals of real estate development in a fun hands-on way,” said Guerrero. “What’s different than a regular class is that they’re working in teams, which they often don’t learn how to do until they enter the workforce.” 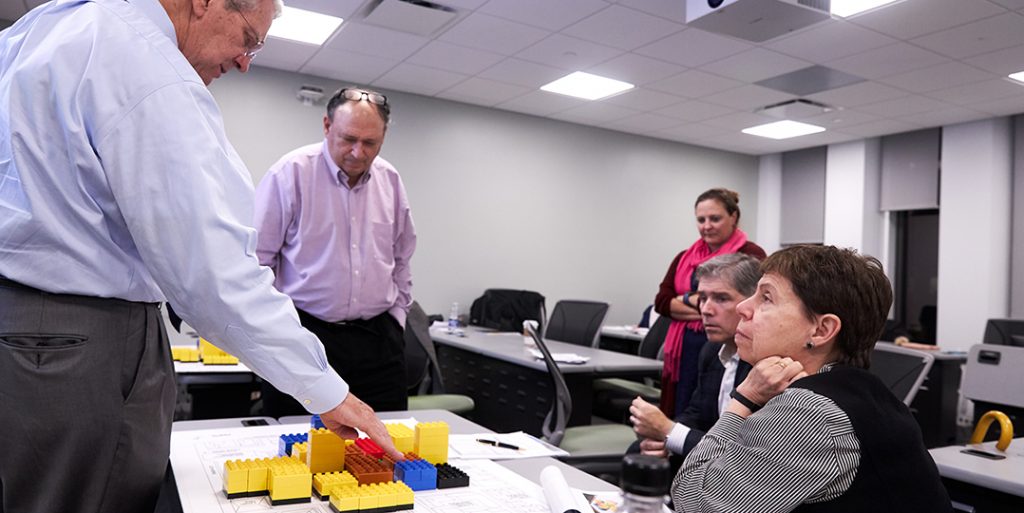 Guerrero said that the professional volunteers, who she helps coordinate, take the challenge very seriously and also benefit from the role-playing.

“It really depends on their personal character, but sometimes they can be quite the actors,” she said.

Reda said that as the master’s in real estate program has grown, the teams have also grown more robust.

“It definitely makes it a more competitive and exciting process,” he said. “It’s also a very diverse student group at Fordham, which you don’t always see at graduate-level programs.” 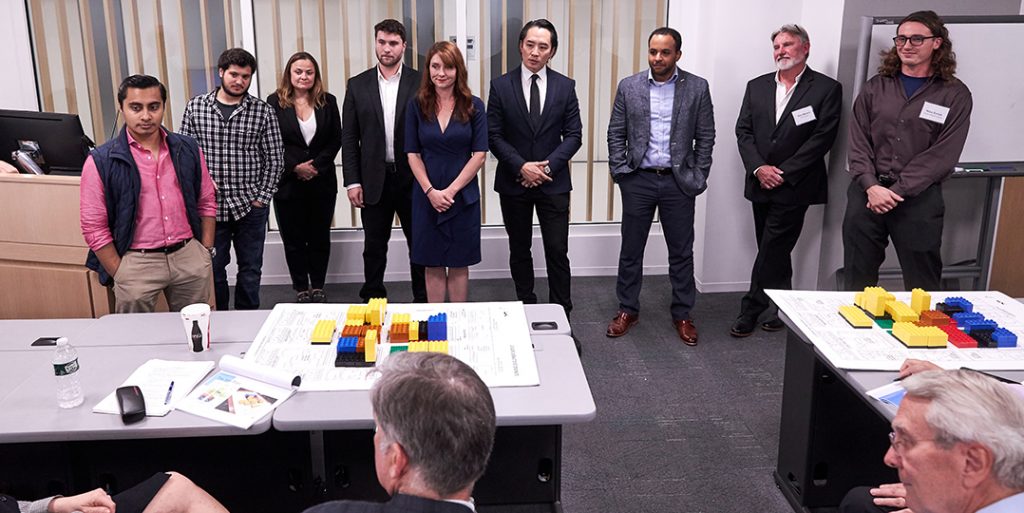 The teams listen to feedback from the ULI volunteers.