skip to main content
Return to Fordham University
You are at:Home»Inside Fordham»Psychology Researcher Gets APA Recognition 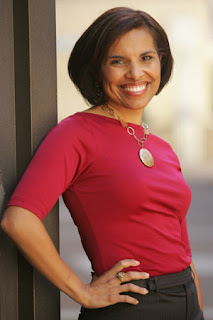 The award is given annually to one APA member psychologist that is no more than ten years post doctoral degree, who has made a distinguished contribution to neuropsychology in research, scholarship, and clinical work.

Rivera Mindt is co-investigator of a study funded by the National Institute of Mental Health (NIMH) to gauge the cognitive functions in HIV-positive Latinos in New York who are on anti-retroviral therapies. The $1 million study will help identify cognitive and sociocultural barriers that may interfere with the ability of the cohort to adhere to their medication regimens.

As an award recipient, Rivera Mindt has been invited to present her research at the 119th Annual APA convention, to be held in Washington D.C. on Aug. 4 to 7.

Rivera Mindt teaches in the graduate program in clinical psychology and at the Mount Sinai School of Medicine. She has been a member of the Fordham faculty since 2002.

This is Rivera Mindt’s second national award; last October she received the 2010 Early Career Service Award from the National Academy of Neuropsychology. That award was given to her for her professional service, her service to the community, and her outstanding teaching/mentoring of her students.