skip to main content
Return to Fordham University
You are at:Home»Colleges and Schools»Gabelli School of Business»Provost’s Report 2013-14 on Graduate and Professional Schools

In 2013-2014, Fordham’s graduate and professional schools adapted to changes and new challenges in the higher education marketplace by doubling down on their strong programs, developing many new ones (often in concert with other Fordham schools), and making new efforts to reach prospective students.

Faced with a national drop in law school applications and a tough job market for law graduates, Fordham Law School 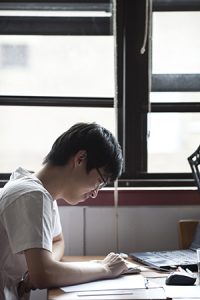 created new clusters of electives to give students more focused expertise. Also approved was a required course in the quantitative skills increasingly valued by employers. The school expanded degree options as well, with faculty approving new programs including master’s degrees in fashion law and corporate compliance.

The law school continues to do well in placing graduates, as shown by its No. 15 rank in National Law Journal for first-year associate hiring by large firms.

Responding to national enrollment trends in 2013-2014, the Graduate School of Arts and Sciences (GSAS) worked to develop distinctive programs including master’s degrees in public media, data analytics, and clinical research methodology. The school also stepped up marketing and recruitment for its master’s programs in applied psychological methods, conservation biology, elections and campaign management, ethics and society, and urban studies. In addition, GSAS began planning for workshops and internships in speaking and writing about science after pilot programs showed high student interest.

While applications to master’s programs dropped 30 percent, the size of the entering master’s cohort only dropped 5 percent, in part because of the high quality of applications.

The Graduate School of Education saw an overall decline in enrollment in 2013-2014, although it ticked up 2 percent in educational leadership programs. Among program improvements, the education doctorate will get new “teacher leader” and higher education strands under a redesign that will align the program with the Carnegie Project on the Education Doctorate. 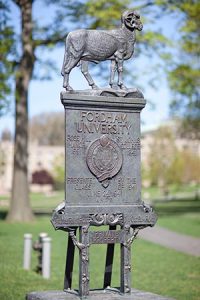 The Graduate School of Social Service saw growth in its traditional Master of Social Work program and continues to have the nation’s highest number of students in such a program. The school completed a four-year redesign of its undergraduate and graduate social work degrees, which are now anchored in human rights and social justice, and implemented interdisciplinary programs including a master’s in nonprofit leadership and a joint master’s in social work and public health.

In other efforts, the school piloted a summer workshop in human rights for social work graduate students in partnership with the Human Rights Consortium at the University of London.

The Graduate School of Business Administration expanded its roster of specialized master’s programs—now numbering 16—while also reinvesting in the MBA program and developing a pilot doctoral program in business.

In summer 2014, reorganization began to bring the undergraduate and graduate schools under one roof and improve students’ end-to-end services, from admission through post-graduation. One key focus for graduate business education at Fordham is to restore the prominence of the part-time MBA program and, most crucially, enhance personal and professional development services for students.

GRE also created workshops to help lay ministers reach certification, and is developing—among other things—a master’s in digital ministry jointly with GSAS and, with WFUV-FM (90.7), a music and spirituality course that will initially be offered free as a way of promoting the University.