For college students, 2020 was one of the most anxiety-inducing years in recent memory.

New research by a Fordham psychologist shows that more than one-third of college students report being emotionally distressed by the pandemic and that LGBTQ+ students, students of color, and women experience higher levels of stress and anxiety.

The findings were published in a paper titled “Constant Stress Has Become the New Normal: Stress and Anxiety Inequalities Among U.S. College Students in the Time of COVID-19,” published in the Journal of Adolescent Health in December and co-authored by Fordham assistant professor of psychology Lindsay Till Hoyt, Ph.D. The first part of the paper’s title is a direct quote from one of the study participants. 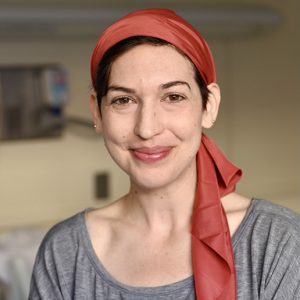 The study incorporates quantitative and qualitative data that was collected from more than 700 college students who were recruited on Instagram. It began back in April with a baseline survey of 707 students from 374 colleges across the U.S., including Fordham. More than 500 students returned for a follow-up survey in July.

The very first question on the survey was direct: “Tell us how the pandemic is affecting you personally, just in your own words.” Without specific prompting, 27 participants responded to that question by citing specific mental health disorders, such as anxiety.

For the paper, researchers in Hoyt’s virtual lab, called the youth Development, Diversity, and Disparities (3D) Lab,  examined the stress symptoms reported as well as inequalities found across gender, sexual orientation, race/ethnicity, and income.  Young women, in particular, reported higher stress levels than young men, said Hoyt, a developmental psychologist whose work primarily focuses on how “macro-level stressors get under the skin and influence the health and well-being” of adolescents and young adults.

Difficult to Be Living Back Home

Some of the survey responses illustrated the problem with specific examples.

“As a daughter of immigrants, moving home is treated as a vacation by my parents, so I am tasked with several home duties and taking care of my siblings,” said a respondent who identifies as a high-income cisgender Asian woman.

And while women were more likely to report symptoms of stress, Hoyt clarified that cisgender men could well be internalizing their pain in other ways, such as increased use of alcohol or other substances.

“Many of the gender diverse and transgender students talked about a lot of stress from not feeling accepted or comfortable at home.”

A respondent who identifies as a multiracial middle-income lesbian said that being back at home was difficult.  “As a member of the LGBT+ community, it was especially hard to leave all my support at school and come back to a homophobic household where I have to remain in the closet,” she wrote.

Hoyt noted that the pandemic had thrown many of these young people off track socially. Students often come into their own at college, she said, once they find a good support network and like-minded friends.

“With COVID all of a sudden that came crashing down and they were going back to their hometowns and their families,” she said. “I think most people would say the findings align with what you would expect, such as the gender difference, but what we also found, because we had longitudinal data at two time points, is that it does seem like that the inequalities in stress and anxiety are widening, with students from traditionally marginalized groups facing greater burdens.”

Hoyt said that after the death of George Floyd and the resulting national protests, the team integrated questions on the Black Lives Matter Movement for the follow-up questionnaire conducted in July. They asked how the movement affected their stress and their civic engagement. She noted that in the April survey that white students had the highest levels of perceived stress and anxiety. But early analysis of the July survey revealed that Black and multiracial students—from across sociodemographic groups—were the only students to show an increase in anxiety from April to July.

“I think the data is reaffirming things that we know about inequalities and this is just one of many studies that will underscore that, but I also think what we’re going to learn will be about their resilience, that’s definitely what we’re seeing in the qualitative responses,” said Hoyt.

Hoyt said she is also interested in how civic engagement can be a “protective factor.”

“When something really stressful is happening in your environment, civic engagement can be empowering,” she said.

Much of the follow-up data still needs to be analyzed, but Hoyt had to slow the pace of the work while she underwent treatment for a rare form of cancer. She generally disengaged from work and the news so as to concentrate on her care and her family, particularly her toddler. But she soon found outside forces too great to ignore.

“I went off social media when I first was undergoing all this, but then during the election, I couldn’t help myself and I had to go back on Twitter, and I’ve posted about the cancer there,” she said. “I’ve learned it’s good not to be ashamed of having any disease, including cancer. Lots of people are dealing with it during this pandemic, so I am completely comfortable sharing.”

Despite Hoyt being on leave during her illness, many of the master’s and doctoral candidates continued analyzing data for the study, which is ongoing. A third survey was conducted during the fall semester that also incorporated questions about the election.

Hoyt said she’s been moved by the students’ strength in the face of adversity. She’s been particularly impressed with the students who are research assistants on this project.

“I always tell them they’re the experts on this study and they give such great feedback because this is a study about them, their generation,” she said.

A post shared by 3D Lab at Fordham University (@3dyouthresearch)