skip to main content
Return to Fordham University
You are at:Home»Arts and Culture»Nigerian-Indian Scholar Takes on Injustice and Oppression as Fordham’s New Writer at Risk

The day after a local election in Jos, Nigeria, Kanchana Ugbabe woke up one morning in early September 2001 to ethno-religious riots that sent a wave of terror, mistrust, and unrest throughout the tranquil city she called her adopted home.

As the years went by, violence became an everyday occurrence.

“When you left the house to go to the market, you were lucky to return home alive,” said Ugbabe, Ph.D., a South Asian writer and English professor from the University of Jos. “Because on the following day, that open market where you’d shopped was bombed.”

Ugbabe, the newest faculty addition to Fordham’s English department, has lived in Jos for more than 35 years with her Nigerian husband and children. She said the violent clashes between indigenous Christian and Muslim Hausa communities in the central Plateau State escalated in the last 15 years—from arson and machete attacks to suicide bombings in churches, mosques, and public spaces. These incidents not only contributed to displacement, but also led to more than 3,000 deaths in the region, according to Human Rights Watch.

Then, tragedy hit closer to home.

Writing from a conflict zone

In 2007, a colleague of Ugbabe’s, a professor went missing on his way home from an event, while another colleague’s daughter was killed in a bomb explosion. Soon, her neighbor’s home, which was abandoned during the crisis, was set on fire. As foreigners became the latest targets of kidnapping, Ugbabe, who was born and raised in Chennai, India, faced an even greater risk. In the fall of 2015, her family experienced an armed home intrusion that completely shattered her sense of security.

“It was a very stressful way of living,” she said. “My risk was personal to me but also related to the ethno-religious environment we lived in. It was no less disruptive or devastating than political risk.”

In partnership with PEN America, Artists at Risk Connection (ARC), Westbeth Artists Housing, ArtistsSafety.net, and Residency Unlimited, the creative writing program at Fordham offered Ugbabe a newly created position as a Writer at Risk in Residence. The role comes months after she completed a 2016-2017 fellowship in the women, gender, and sexuality department of Harvard University.

The yearlong pilot position will allow Ugbabe, an active member of the Association of Nigerian Authors, to advance her academic work. As the department’s Writer at Risk, Ugbabe will also teach a new writer’s workshop at the Rose Hill campus, called Creating Dangerously: Writing from Conflict Zones.

Glenn Hendler, Ph.D., chair of the English department, said the class will explore injustice and oppression through the works of writers Ken Saro-Wiwa, Edwidge Danticat, Wole Soyinka, Salman Rushdie and others.

“By initiating this pilot position, the English department shows how the study and writing of literature can help social justice goals in a global context,” he said.

Ugbabe said that taking a temporary hiatus from the sectarian conflicts in Jos has inspired her to do some soul-searching. Having lived in Australia and Scotland as an academic before settling in Jos, the scholar said she has had to confront issues concerning her multiple identities. 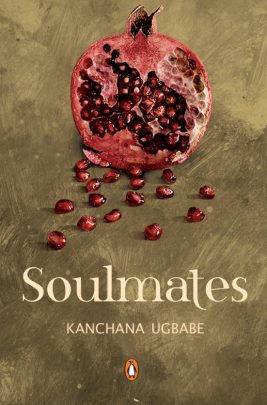 “There is that layering of a European perspective somewhere with a deep Indian sensibility and consciousness, but I’m also looking at the world through Nigerian eyes,” said Ugbabe, who received a doctorate in literature from Flinders University of South Australia and bachelor’s and master’s degrees from the University of Madras in India.

This insider-outsider perspective is reflected in Soulmates (Penguin Books, 2011), Ugbabe’s first book of short stories. “Exile,” one of her favorite short stories in the book, also has a protagonist who is accepted into a community but also feels alienated from it.

“It’s like you’re walking on a tightrope and you have to maintain your balance,”  said Ugbabe.

In many of her stories, she sets readers on a path of introspection with narratives that are focused on estrangement, domestic life, and the meaning of home.

“These stories are like fleeting moments that you see from a train window, and that’s how I present them in my writing,” she said.

When Ugbabe looks back at her experience in Jos, she is reminded of the challenges of other creative artists around the world who are facing similar environmental constraints.

“I can only speak from my own experience, but I found that it is almost a strategy for survival to write when you’re in a conflict zone,” she said. “You are writing [so that]the world is going to know about it, and this story needs to be told.”