When Laura Auricchio, Ph.D., took over as dean of Fordham College at Lincoln Center (FCLC) in 2019, she committed to strengthening the sense of community among students, alumni, and faculty. 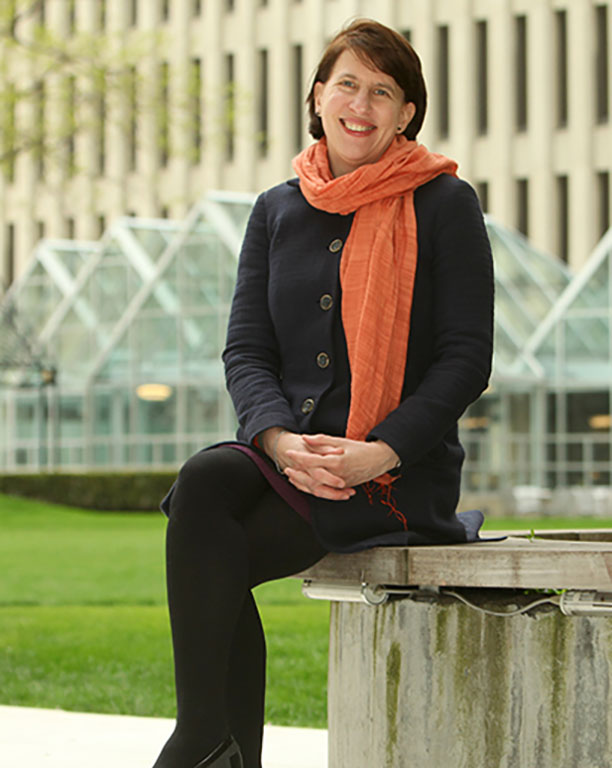 That started with an Instagram post from her personal account every day of her first month on the job, followed by the creation of a weekly newsletter from the dean that is sent to every FCLC student. This year, she reconvened the Fordham College at Lincoln Center Student Advisory Group, a group of students representing different class years, genders, majors, and geographical backgrounds.

The group, which has 15 members, has met three times this year over Zoom and in-person and will meet once more over Zoom this semester.

Auricchio said the impetus for restarting the group, a form of which also exists at Fordham College at Rose Hill and the Gabelli School of Business, was simple.

“I decided that what I really needed was to have some way for students to raise their concerns to me and give me a sense of what’s going on the ground, so I can better serve them,” she said, noting that her Instagram account and newsletter have been well-received by students, but they’re both one-way channels.

“One of my goals is to empower students so they have will have a better understanding of how they can find the information they want.”

The inaugural meeting was an introduction to the group, and the second one was a joint meeting with the members of another newly revived advisory group comprised of alumni.

A third meeting was held in late February, where students listened to members of the Fordham faculty and administration describe what shared governance means to them. In higher education, the concept of governance refers to structures and processes through which faculty, staff, administration, governing boards, and students participate in the development of policies and in decision-making.

For that meeting, the group was joined by Andrew Albin, Ph.D., an associate professor of English and medieval studies who represents FCLC in the University’s faculty senate; Jenifer Campbell, Ph.D., dean of students at Lincoln Center; Andrew Clark, Ph.D., a professor of French and comparative literature who represents the department of modern languages and literature in the FCLC’s College Council; Jonathan Crystal, Ph.D., vice provost; Gene Fein, Ph.D., assistant vice president for academic records and services; and Robert Moniot, Ph.D., associate dean at Fordham College at Lincoln Center.

The format of the meetings is still in the beginning stages, but Auricchio said she expects the agendas will be determined in tandem with the students, who were selected from an open call that went to students in the early fall. 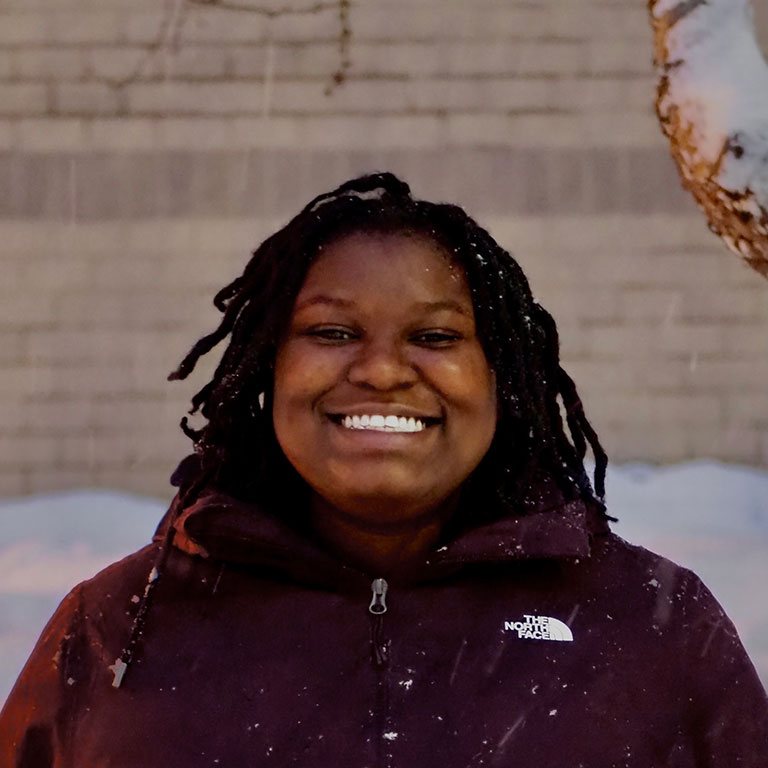 She said that she’s learned from the meetings that students have a great deal of healthy curiosity about decisions that are made on both the FCLC level and the University level.

“Students who want to understand how they can make an impact on the machine don’t know where the levers are.”

Amara McNeil would certainly count herself among those looking for levers to pull. A junior majoring in lighting design in Fordham Theatre’s design and production track, McNeil co-chairs the Black, Indigenous, and People of Color (BIPOC) Theatre Alliance of Fordham. McNeil had approached Auricchio in 2020 with concerns about her program, so when Auricchio told her about the new advisory council, she eagerly joined.

“I feel like there’s a lot more decision-making that happens under Fordham’s hood that should be transparent to students,” she said, adding that she loves being part of the group.

“I like that it’s comprised of students from all different years’ majors, residents, and commuters.”

The first meetings have brought forth questions revolving around issues such as the University’s endowment and how University leadership is chosen, McNeil said, noting that she hopes future meetings will address some of those questions.

After this month’s meeting, she said shared governance is a good example of an issue that could use more attention.

“It seems like we’re doing better than a lot of universities, and that’s something I hear a lot at Fordham, especially in the theater program,” she said.

“But that doesn’t mean we can’t improve, and we can’t be the best at something. That’s always the goal.”

Students who are interested in joining the advisory group next year are encouraged to e-mail fclcdean@fordham.edu.