skip to main content
Return to Fordham University
You are at:Home»University News»New Endowment Strengthens Bond between the Prep and University

There are morning rhythms on the Rose Hill campus: the toll of Keating Hall’s bell, the chants of an ROTC unit on its early run, the Metro North horn, and the muffled shuffling of teenage Rams on their way to Fordham Prep.

While Fordham Prep remains officially separate from the University, its students are very much a part of the Rose Hill vista.

“We are legally separate entities, but we’re indistinguishable with respect to our missions,” said James S. Rowen, FCRH ’86, GABELLI ’98, chairman of the board at the Prep.

Rowen is a Ram through and through. He graduated the Prep in 1982, before earning his undergraduate and graduate degrees here. Traveling more than four hours a day from Long Beach, Long Island to the Prep, he secured the class record for the longest commute. 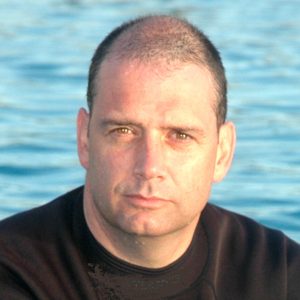 Now, Rowen has committed $1.2 million to create an endowment for Jesuit high school students who want to attend Fordham but may not have the financial means. He said that Fordham “can only be successful staying true to its Ignatian roots, which focus on making a premier education available to the most deserving students regardless of their financial capabilities or situation.”

With priority given to students from Fordham Prep and Regis High Schools, the growing endowment will help ensure that social and economic diversity continues at Rose Hill.

Rowen said that his own family did not have the money to send him to Fordham. His mother encouraged him to go to the local community college, but one of the Prep’s Jesuit instructors told him to apply to Fordham. He was accepted and some money was found to help with tuition.

“I scheduled my classes for Monday, Wednesday, Friday, and worked on Tuesday, Thursday, and Saturday to assist with the costs,” he said.

He added that those Jesuits who taught him at both institutions prepared him for almost every aspect of life, from personal to the professional.

“The Jesuits have this manner of teaching that translates into ‘I’m not going to solve this problem for you, but I’ll help you solve it.’ That approach makes you so much more confident, self-reliant and resilient,” he said. “You’ll fall down and make mistakes, but they give you the confidence to try again and to not fear failure—but learn from it.”

“The high school years are where core values and social beliefs are set,” said Rowen. Part of the purpose of his gift is to help young men continue in their Ignatian development and learn the skills necessary to thrive, not just survive.

“College is a refinement of that foundation, a continuation of that learning experience, and it would be a shame if a student had to stop after four intensive years at Fordham Prep or Regis because he couldn’t afford to continue,” he said.

Rowen said he hopes the endowment builds an even stronger alliance between the Prep and the University, but more importantly four years could become eight years of a Jesuit student’s academic and spiritual growth.