skip to main content
Return to Fordham University
You are at:Home»University News»New Director Charts Course for Fordham London
Fordham London Senior Director Vanessa Beever welcomes students back to campus. (Photos by Afshin Feiz)
The Office of the Provost has announced that Vanessa Beever, LAW ’94, was appointed senior director of Fordham University in London; she started in her new post on Sept. 7. The appointment paves the way for a fresh start at the U.K. campus after a 17-month suspension of all in-person overseas study and activities for the University.

“In this new role, Vanessa will be a critical partner in implementing the shared vision and mission of Fordham University in London, which includes offering distinctive academic programs, developing strategic institutional partnerships, and establishing the London campus as a vibrant and visible hub for Fordham’s multifaceted activities in the region,” Provost Dennis Jacobs, Ph.D., said in a statement. 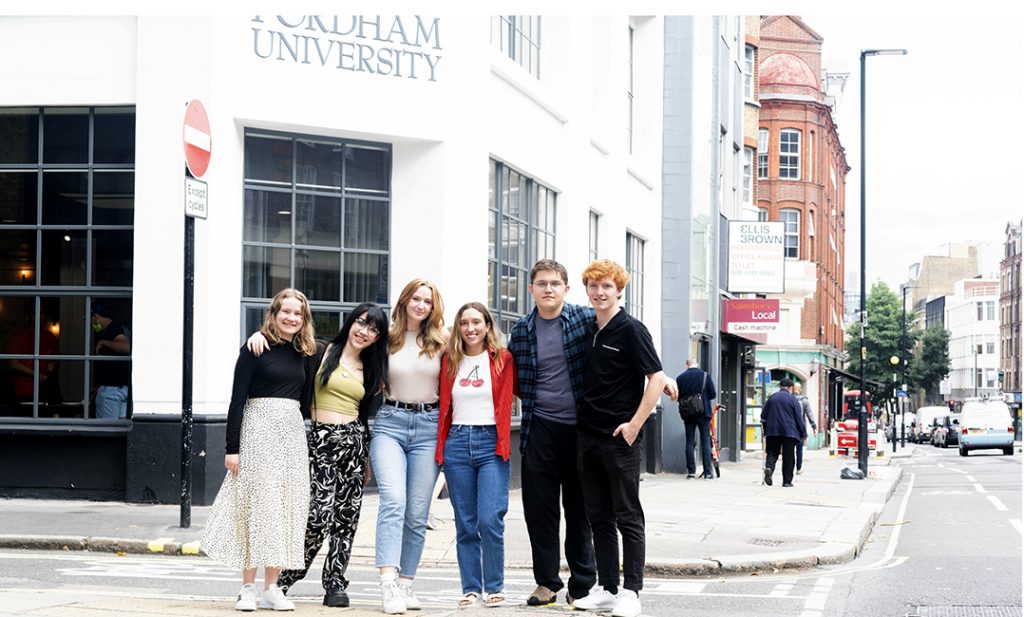 A Londoner and a Ram

Beever is a Londoner living in the city’s Twickenham district. She served for nine years as the deputy head at the business school of another Catholic institution, St. Mary’s University. She last served at London South Bank University, which is comparable in size to Fordham; she had been director of education and student experience there since 2018. In addition to her experience in higher education, she holds significant legal experience in New York and London, where she worked for the firm Shearman & Sterling. She earned an LL.B in law from the University of Bristol and graduated magna cum laude from Fordham’s LL.M. program in International Business and Trade Law.

“I relish the opportunity to reestablish connections with Fordham and to make a significant contribution to its ongoing success and development,” said Beever.

Of her time as a student at Fordham she said, “The professors were very keen for us to share our experiences from our own countries—different legal traditions and approaches.”

She said that experience underpinned her work in corporate finance at Sherman & Sterling, where she worked as a transactional lawyer across a variety of cultures and jurisdictions. She’s confident that cross-cultural experience will serve her well in her new role.

“I was an English woman practicing U.S. and New York law, working with European clients and U.S. investment bankers. This project management expertise will help me as I am working across many functions at Fordham,” she said. “So, for example, I might have worked with a European company where the client had no familiarity with the Securities and Exchange Commission requirements in the U.S. Now, similarly, I’m sure I have colleagues in New York who won’t have any idea of the U.K.’s Quality Assurance Agency [for Higher Education]requirements, but I’m very confident I can guide them through.”

Indeed, one of the first items on Beever’s desk will be to usher potential master’s degree programs through that governing body, colloquially known as the QAA.  But, she said, her primary concern will rest with the undergraduate students already there, and the 300 or so undergraduates arriving this spring.

Fordham has offered programs in London for over 15 years. In 2018, the University moved its London offerings to a new campus in the Clerkenwell area. Fordham London’s programs are split between the Gabelli School of Business and the liberal arts, with liberal arts courses are open to all undergraduates from Fordham College at Rose Hill, Fordham College at Lincoln Center, the Gabelli School, and the School of Professional and Continuing Studies. Students take 15 credits a semester. 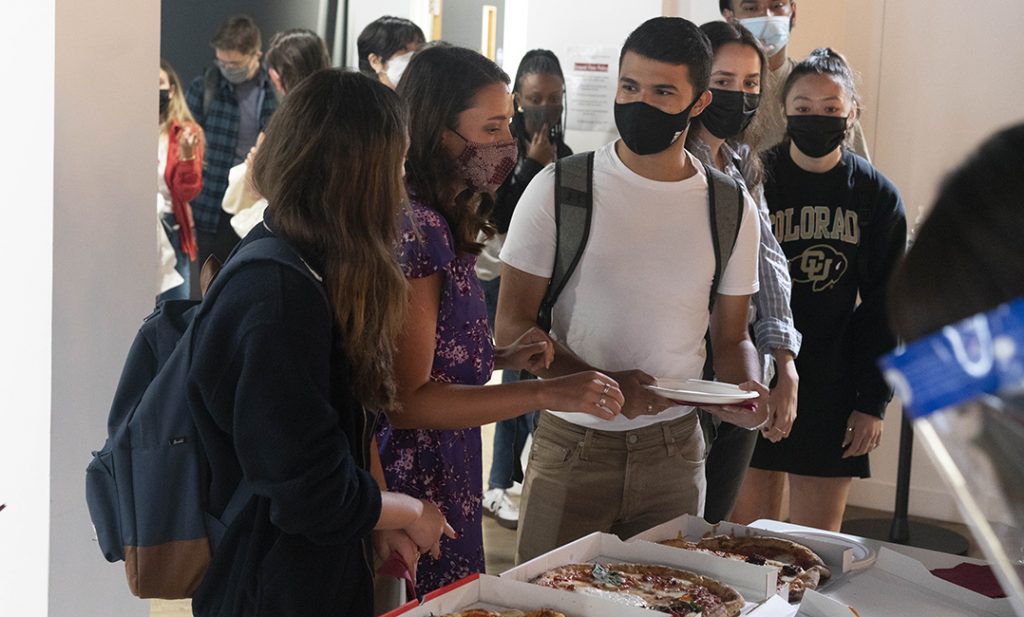 Students grab a slice at a pizza party to welcome them.

Changes at an Inflection Point

Among the many changes well underway at the campus is Beever’s very role itself, which replaces the British-inflected position of “head” with that of senior director, reflecting an emphasis on the many administrative realities of operating an overseas campus for a large New York-based institution like Fordham, said Associate Vice President of Academic Affairs Ellen Fahey-Smith, Ed.D.

Fahey-Smith chaired the executive search committee tasked with finding a leader who could work well with academic deans in New York and liaise with governing bodies like the QAA—while also ensuring that students, faculty, and staff adhere to U.K. health protocols in an ever-shifting post-pandemic landscape.

Other changes include physical renovations to the building. The pandemic opened up the opportunity to reconfigure former theatrical spaces into more classroom space while the building sat empty. The renovations, as well as robust online programming, were overseen in part by Mark Simmons, who was operating as the interim head after Richard P. Salmi, S.J., stepped down in June 2020.

Fahey-Smith said the provost’s office will also continue to work with the International and Study Abroad Programs Office to find ways to continue some of the innovative online opportunities that were created as a result of the pandemic.

“What we learned from the pandemic is that it’s not necessarily business as usual any longer, and that holds true for Fordham London,” she said. “Whether it’s through lectures or the Gabelli London speaker series, which was really a phenomenal success, the online programs really brought the two cities so much closer together.”

Fahey-Smith clarified that any continuation of online programming would require bringing a variety of stakeholders to the table in today’s new normal. She said that was a strength of Beever’s which impressed the Fordham London Advisory Board.

Andrea Mennillo, who chairs that board, said its members are excited to welcome Beever to the Fordham family.

“We are confident that Vanessa will bring talent and experience to support Fordham’s advancement internationally,” Mennillo said. 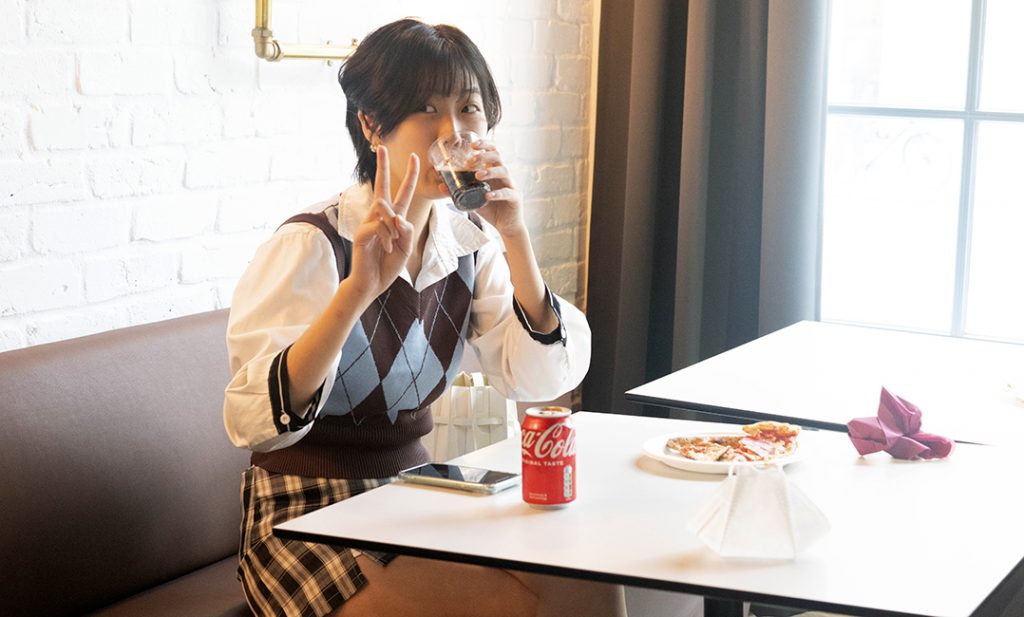 Greg Minson, FCRH ’98, the global COO of real estate at Goldman Sachs in London and vice-chair of the Fordham London Advisory Board, said that it’s a big plus to see a woman take the helm. Many on the board cited Beever’s background, both inside and outside of academia, as an important asset that will help move Fordham London forward.

“Vanessa hasn’t been in academia her entire career, and anytime there is significant change, like there is now, diversity of thought is hugely powerful,” Minson said. “She has a very fresh perspective and can react to a changing environment.”

Minson is an Irish Catholic from the New York tri-state area who graduated from Fordham when it was still more of a regional school filled with students from similar backgrounds. His first day on the job in downtown Manhattan was something of a culture shock, as he joined a large, diverse, international firm, and it took him time to adjust to the different cultures. He added that he hopes that students attending Fordham London won’t be coddled by a home-away-from-home environment. Rather, he’d like to see them challenged with international perspectives that prepare them for a diverse and global workforce. 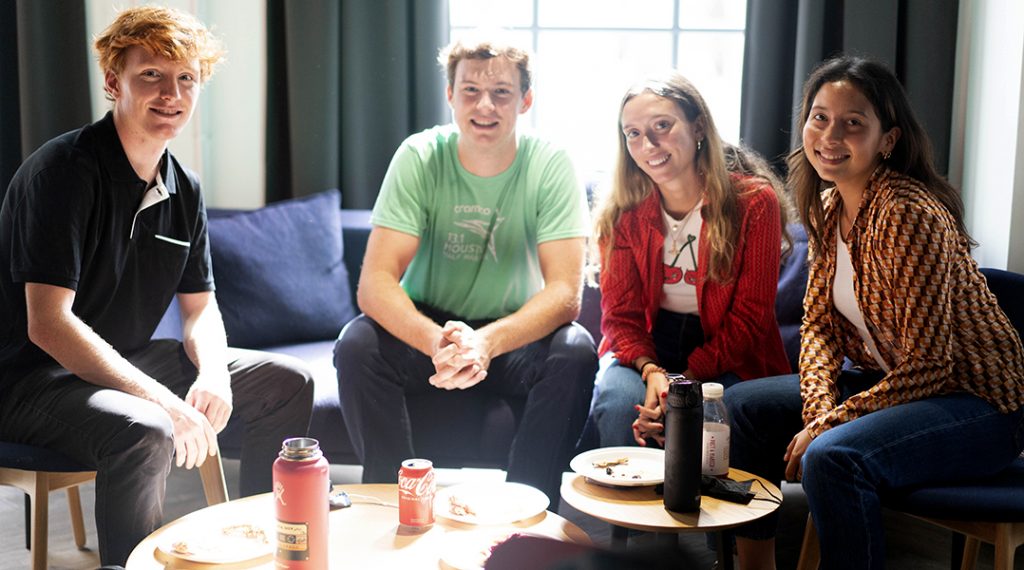 “London is so well connected to Europe as well as to the rest of the world. It’s ideally located geographically, but also academically and intellectually to many different cultures,” she said. “It is also an extraordinarily diverse city,” she said. “I will be encouraging students to explore and go to different neighborhoods and eat the food, shop the shops, and to hang out and see what’s going on.”

She added that there will also be opportunities for Fordham to collaborate with other London-based institutions that will help enrich the students’ experience.

“Fordham was an absolutely transformative experience for me,” she said. “It had really good programming that allowed me to get a fantastic job in New York and make my career. I’m hoping that I can contribute to the success of students who come here.” 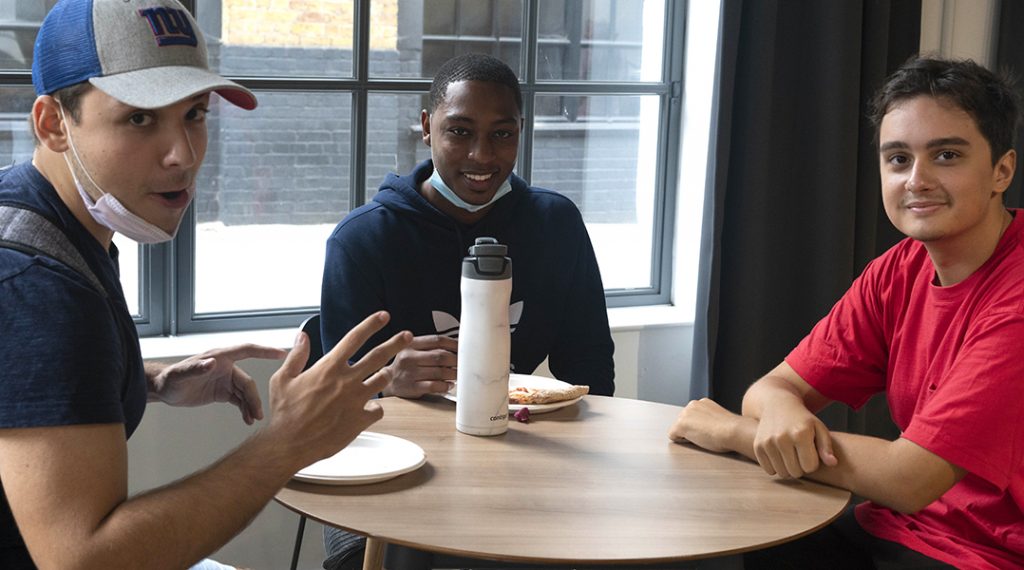