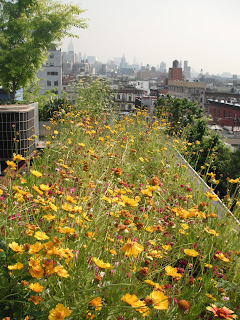 Given his surname, Fordham graduate student Dustin Partridge admits to some amusement in his love of birds.

He studied birds and arthropods as an undergraduate and now does research in the laboratory of Dr. Alan Clark, Ph.D., assistant professor of biology. Recently the two of them collaborated on Urban Green Roofs as Migratory and Breeding Bird Habitat, funded by the New York City Audubon Society, Sigma Xi and Fordham.

The data collection, completed last spring, measured the frequency with which migratory birds land on green roofs while passing through the city on their southern route. Using Autonomous Recording Units (ARUs) to measure bird calls, Partridge recorded the amount of bird traffic on four green roofs (in three boroughs) against four traditional roofs of comparable size and elevation located almost directly across the street from each green roof. On average, up to three times more species and four times more birds were found to use the green roofs.

Of course, the data is hardly a surprise, said Partridge. What is surprising, he said, is the amount of benefit that cities and neighborhoods can take from installing more green roofs.

The first is diversity: the roofs attracted species that don’t show up on other rooftops—the raven, peregrine falcon, ruby-throated hummingbird, willow flycatcher, wood thrush, cedar waxwing and others. In an area like New York, which has a certain number of endangered species, these rooftops can only help to support biodiversity.

Secondly, roof greenery itself is not only sustainable but it helps with heating and cooling of the host building, as well as offering a place of refuge for the building occupants.

Thirdly, the roofs can provide additional needed refuge space for birds on the Atlantic Flyway, a migratory route that has increasingly limited habitat for the millions of bird species that use it each spring.

“I love birds and I love arthropods,” said Partridge. “It is my hope that our study will be used to fund more support for green roof installation in New York City. “

Partridge noted that 24 percent of Manhattan is rooftop, and only three percent of the borough is dedicated to natural green space.

“The benefits of green roofing are quite incredible for any city or neighborhood,” he said.

The study data was presented at an October conservation conference at the Museum of Natural History. Partridge took the photos of the green roofs (pictured) in lower Manhattan and in the Bronx (the large green roof is, in fact, the Bronx County Courthouse, said Partridge.) 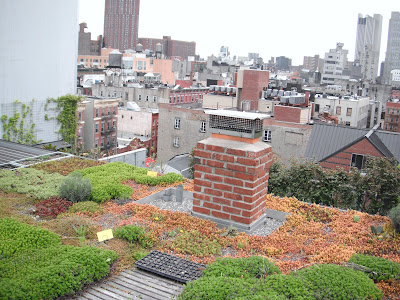 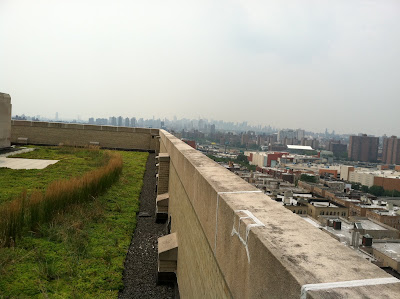 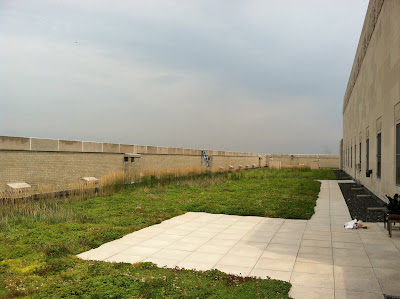 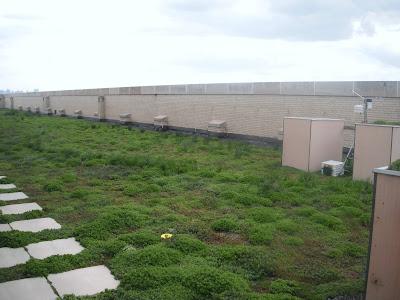