skip to main content
Return to Fordham University
You are at:Home»Inside Fordham»Men and Women for Others 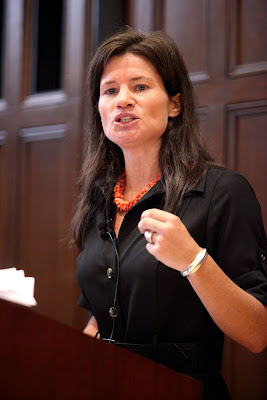 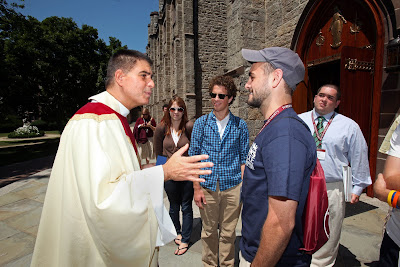 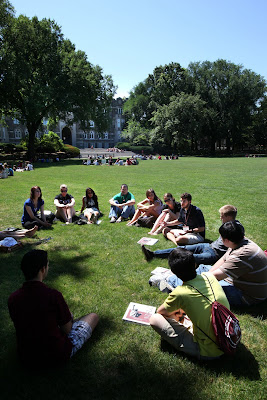 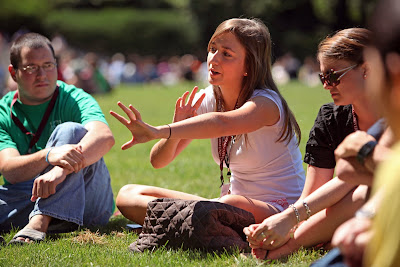 Students from all over the United States filled Keating First on the Rose Hill campus on Saturday, July 31 to hear Alison Donohue (first of four photos above), FCRH ’94, GSAS ’98, New York Project Manager for Contemplative Leaders in Action and a former youth minister at New York’s St. Ignatius Loyola Church, speak on “Magis: An Ignatian Approach to Decision-Making.”

Donohue’s talk was part of Fordham’s fourth day hosting its first Jesuit Student Leadership Conference, which drew almost 300 students for lectures and discussions on Jesuit-inspired leadership. Donohue said that students can deepen their own understanding of themselves and their life’s goals by the act of choosing one good thing over another, and she stressed the importance of discernment in one’s own development.

The lecture was followed by discussion circles on Edward’s Parade, where students talked about how to incorporate Jesuit ideals into their personal and professional lives. Later, delegates attended a Mass at University Church by John Cecero, S.J., celebrating the Feast of St. Ignatius. Above, Father Cecero (second picture) greeted Loyola Maryland student Matt Lopez.

Students enjoyed a barbecue on the lawn and a special evening banquet, a Taste of the Provinces, where they were welcomed by Joseph M. McShane, S.J., president of Fordham.

The annual gathering of students from the 28 U.S.-based Jesuit colleges was sponsored by the Jesuit Association of Student Personnel Administrators, with corporate sponsorship from The New York Times, Northwestern Mutual and others.