Do you have free will? Are you sure?

On Oct. 29, Jenann Ismael, Ph.D., will take to the stage of McNally Amphitheatre and explain why the principles of physics, which can be used to calculate everything that we will ever do, nonetheless allow for free will.

Ismael, a professor of philosophy at Columbia University, will deliver the lecture “Does Determinism Clash With Freedom? A Look at Human Action Through the Lenses of Physics,” as part of the Daniel J. Sullivan Memorial Lecture Series, an annual gathering that has brought high profile philosophers to Fordham since 1986. 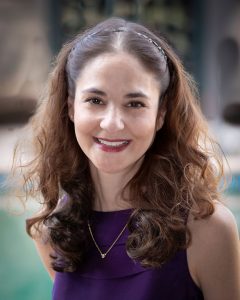 Ismael’s talk will tackle a seemingly simple but powerful conflict between the concepts of determinism and free will. Determinism, she said, is based on the idea that the facts of the past, when combined with the laws of nature, entail every truth about the future.

But that conflict is not, in fact, irreconcilable, according to Ismael.

“There is nothing in the fact of determinism, even the particularly strong form of local determinism that we have in classical physics, that is incompatible with the idea that human beings exercise genuinely pivotal control over their actions,” she said in an email.

The Sullivan lecture was created and named to honor a philosophy professor who taught at Fordham from 1936 until 1984 and who penned the textbooks Fundamentals of Logic (McGraw-Hill, 1963) and Introduction to Philosophy (Bruce Publishing, 1957). It is one of three high profile events the department stages through the year, and is the occasion for the awarding of the $2,000 Jane B. Aron Memorial Prize in Philosophy, which is given to a student majoring in philosophy who is entering their senior year.

It is far from the department’s only gathering, though. During the fall and spring semesters, talks, philosophy round table discussions and reading groups take place at the Lincoln Center and Rose Hill campuses at the rate of one per week.

This year, the semester kicked off on Sept. 12 with a three-day Merleau-Ponty Circle, which focused on the works of 20th century philosopher Maurice Merleau-Ponty. On April 22, the year will conclude with a Brown Bag Talk by Jeanne Proust, Ph.D., a post-doctoral teaching fellow in philosophy at Fordham.

Stephen Grimm, Ph.D., professor and chair of the department, said when he first came to Fordham 12 years ago, talks like these only took place every three weeks or so. Students are driving the growth, he said.

“Someone gets an idea for reading group, like German philosophy, and then since it’s New York, not only can you have a reading group, but you can have all these great scholars who live in New York come, and you just take them out to dinner after a talk,” he said.

“Or you can get people who are passing through New York. In the last seven or eight years those bottom-up projects have really increased.”

An Opportunity to Learn Outside the Classroom

Sara Pope, a Ph.D. student who created the NYC Nietzsche Group last year with fellow student Michael Begun, said she was interested in starting a group dedicated to the 19th century German philosopher because she’d written her master’s thesis about his perspective on women and feminism. Although she’s focusing her research on the concept of self-conceptualization as expressed by philosophers such as the third century Greek scholar Plotinus, she’s still interested in other’s perspectives on Nietzsche.

“Not everybody gets the opportunity to take a Nietzsche seminar every semester and can be in the same room with people who are also working on him at different stages in their professional development,” she said.

“It’s a good opportunity to get different people from different backgrounds and perspectives together to exchange feedback, and open lines of communication in a way you might not be able to get together in a classroom.”

Pope said the group, which has met twice this semester and will be hosting the New School’s Yunus Tuncel, Ph.D., on Nov. 22, is open to students outside of Fordham as well. That spirit of openness, as well the freedom that allows one to start a group from scratch to fill a need, is integral to the experience of earning a degree, she said.

“I appreciate what other people are doing, and I hope I’ve been able to give some helpful feedback in the process and helped other people’s projects in the long run as well,” she said.

Ismael’s talk will take place at Oct. 29 at 5 p.m. at the Lincoln Center campus. For more information, e-mail Brian Johnson.