skip to main content
Return to Fordham University
You are at:Home»Colleges and Schools»School of Law»Karen Greenberg: Why Obama Won’t Succeed in Closing Guantanamo 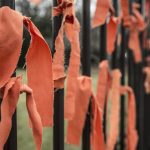 On Nov. 14, President Obama admitted that closing Guantanamo before he leaves office is becoming a dimmer prospect with each passing week. Between congressional restrictions, and the “nature of the evidence” against those being held, Obama said that while numbers of detainees may still dwindle before Donald Trump takes office, a complete phase-out faces significant roadblocks.

Fordham Law’s Karen Greenberg, director of the Center on National Security and author of Rogue Ju­­­­stice: The Making of the Security State, believes the United States is unable to bring those accused to court because the trials would draw attention to the country’s ethical choice of torturing its prisoners. Greenberg said that if the trial against tortured Muslim expatriate John Walker Lindh had been brought to court in February of 2002, things may have been different.