The ceremony, held on June 29 at the Lincoln Center campus, honored 32 IDHA graduates and two graduates of the Master of Arts in International Humanitarian Action program, a joint degree offered by the International Institute of Humanitarian Affairs and the Graduate School of Arts and Sciences. The students hailed from 24 countries, including Senegal, Dublin, Kuala Lumpur, and Nairobi. They followed the 51st IDHA class, whose course took place in Geneva in November and December. 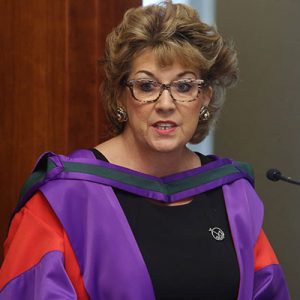 “It’s the best of times because you leave this gold standard education establishment prepared for your role,” Nason said.

“It’s the worst of times because you will now be called on to bring aid to the needy, rescue the desperate, and protect and save lives in the most unstable and fragile international environment we’ve seen in a very long time.”

She noted that cascading conflicts last year plunged 350 million children and young people into situations where they require humanitarian aid, and that today nearly one person is forcibly removed from their home every two seconds.

“As a diplomat, I regret that we haven’t turned the dial. I regret that we seem to appear to step back and at times and seem paralyzed in the face of profound humanitarian suffering,” she said. But she added that the graduates should take to heart Robert Kennedy’s instructions to send forth that “tiny ripple of hope.”

“That’s what changes the world—that one act gives us hope. Please keep yourself ready for that moment. We need it badly,” she said. 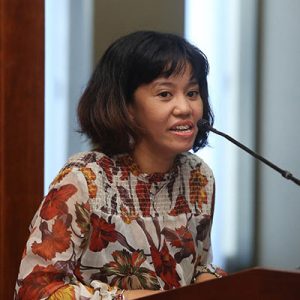 Liwliwa Agbayni, who delivered the IDHA student address, reflected on the deep bonds that she formed with fellow members of her “syndicate,” one of several teams formed among her cohort when they began the monthlong program on June 3.

She and her classmates had a lot in common, she said, with the eggs that they dropped from 16 feet up during an exercise in their engineering course on their second day.

In his farewell speech, IDHA course director Mark Little, M.D., harkened back to his native Australia, where Dutch explorer Dirk Hartog left behind a pewter plaque upon his arrival on the county’s western shore in October 1616.

“He landed in a dry, dusty, hot desolate area, which is where many of you go to look after many of the people that have been displaced around the world,” he said. 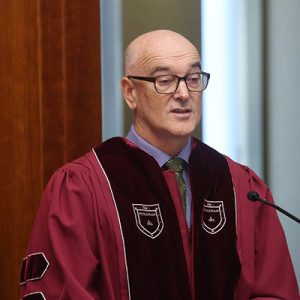 Humanitarian issues aren’t solved purely by humanitarians though; ultimately, they’re solved by politicians, and Little noted that graduates and audience members should not hesitate to speak out to them.

The case of Ali, a 63-year-old Afghani refugee that Australia had been holding in detention on the Micronesian island nation of Nauru, illustrates this perfectly, he said. Ali has been diagnosed with advanced lung cancer and is in need of palliative care that cannot be provided on Nauru. Australia offered only to send him to Taiwan for hospice care—an option he rejected because no one there speaks his language or is able to perform Shia Muslim rituals and ceremonies on his body. Fortunately, Australian citizens recently got wind of their government’s actions.

“In 48 hours, two and a half thousand Australian doctors and 25,000 members of the Australian public signed a petition and campaigned to have this dying man moved to Australia. He moved on Sunday,” Little said.

“It is up to all of us to speak out. It’s not, ‘Yes we can!’ but, ‘Yes we must!’ Be like Hartog 400 years ago. Leave your mark as a humanitarian and an IIHA graduate. And wherever you go, may your god go with you and keep you.” 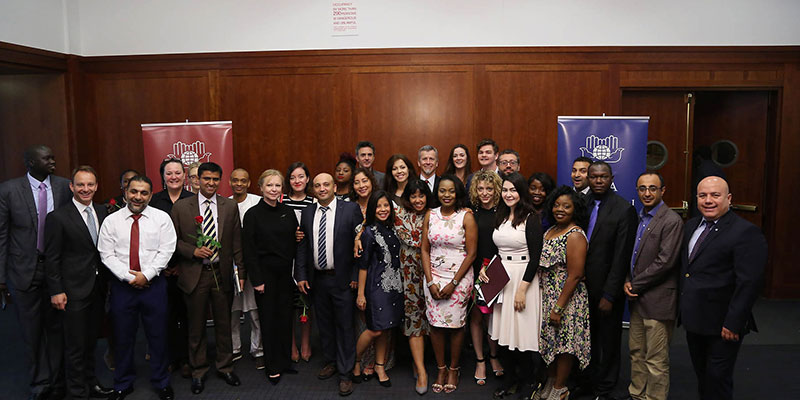 Graduates of IDHA 52 and the M.A. program in International Humanitarian Action