The students spent the day immersed in Global Transition, a five-day program that welcomes undergraduate international students to Fordham and the Big Apple. They moved into their new homes, toured the Rose Hill and Lincoln Center campuses, and mingled with other students from around the world. The new students—many of them accompanied by their parents—had flown in from countries as far away as Syria, Sweden, and South Africa. Over the next week, they would explore the city’s attractions, including Coney Island, the High Line, Greenwich Village, and a Mets game. But the first day of Global Transition was their chance to sit, breathe, and take it all in.

In the dining room in the Fordham Law building, four incoming students—James Widodo, Michael Utomo, Quan Tran, and Li Wang—shared a table and traded stories. They talked about their hometowns, the reasons why they chose Fordham, and their love for the city.

“Everyone moves like they have a purpose [here],” said Widodo, an Indonesian native. Life in New York, he added, is far more fast-paced than his hometown of Jakarta, more than 10,000 miles away.

One of the biggest reasons why Widodo chose Fordham is the University’s famous location. The other, he said, was the prestigious reputation of the Gabelli School of Business, where he’ll be studying global finance and business economics. Nearly half of the incoming first-year international students—102, to be exact—are enrolled in the Gabelli School of Business. Other common majors include economics, film and television, integrative neuroscience, and psychology.

The incoming international class comprises 249 students, which includes first-year students and transfer students. They come from 45 different countries of citizenship, with the largest group of students hailing from China. 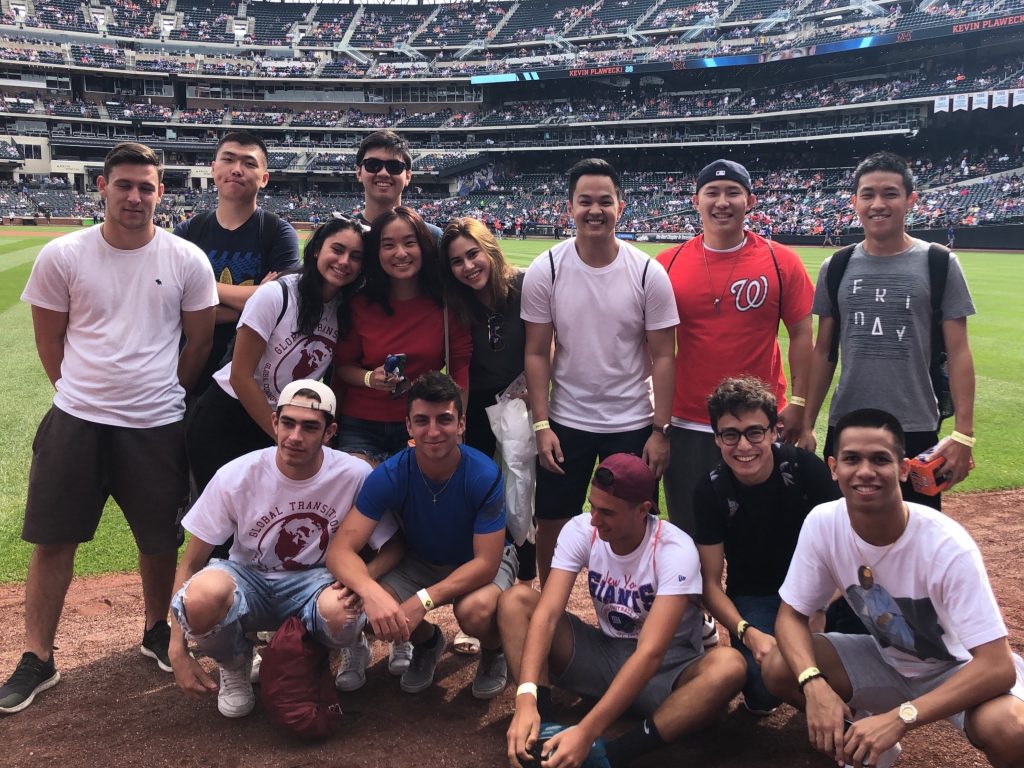 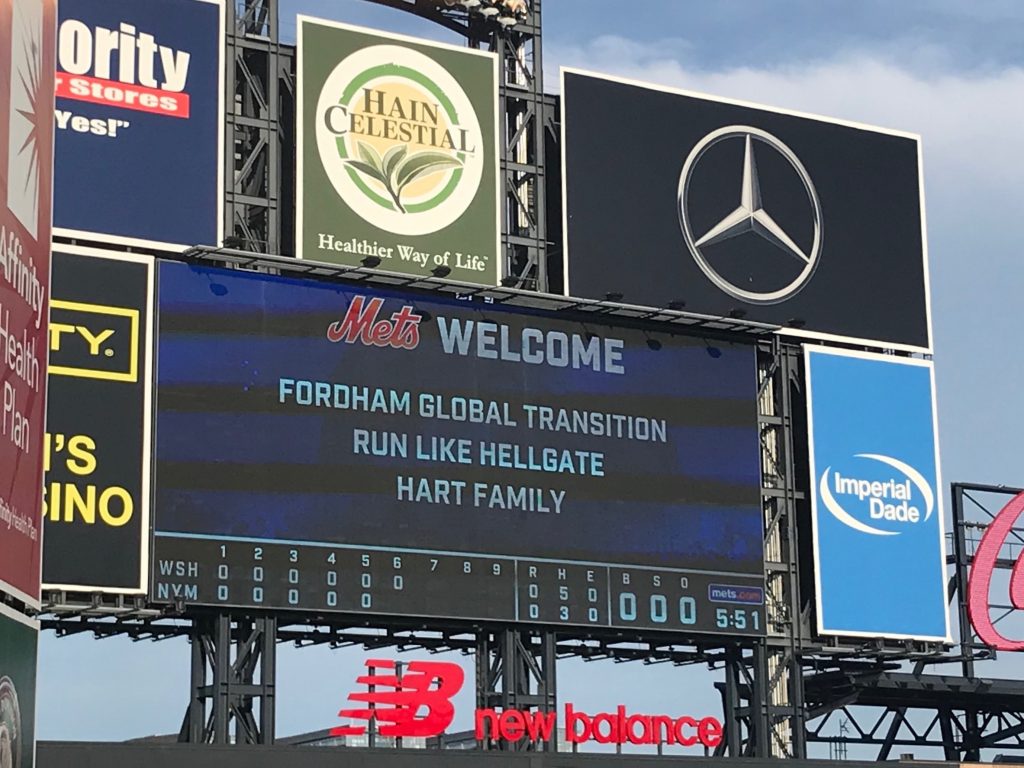 …and received a warm welcome on the big screen!

As some of the newest members of this group, Widodo and his new friends prepared for life in a new city with a mixture of trepidation and enthusiasm.

“The thing that I will miss the most about home is being able to know the whole city,” said Tran, a student from Hanoi, Vietnam. “Here, I’m a stranger. I have to learn.”

The group also chatted about their favorite dishes from home. Widodo and Utomo—high school friends from the Jakarta International School—will miss the taste of martabak, a stuffed pancake sold from street carts in Indonesia. Wang, a student from China, will miss the fresh seafood netted by fishermen along the shores of Shanghai. But these newcomers also say they’re excited to try new things: Shake Shack, pho from Vietnamese restaurants in the city, and parties on the Upper East Side.

And the most shocking thing about New York? “The fact that we’re here,” Tran said.