skip to main content
Return to Fordham University
You are at:Home»Colleges and Schools»Graduate School of Arts and Sciences»Impetus, Momentum, Buridan Conference 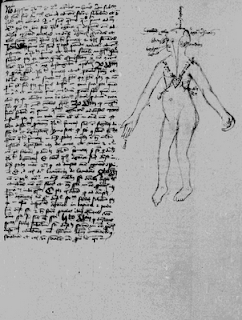 Philosopher Jean (John) Buridan (1300-1362) was a French priest who sowed the seeds of the Copernican revolution in Europe. He developed the concept of impetus, credited with being the first step toward the modern concept of inertia.

A celebrated philosopher in his own time, Buridan has recently made a comeback in the 20th century for his innovative natural philosophy and nominalist logic.  On Oct. 26-28, academics from around the world will come to Fordham University  for “Questions on the Soul By John Buridan and Others,” a three-day conference devoted to Buridan’s philosophy of mind, to be held on the Lincoln Center campus.

“Nowadays, questions about the soul (or the mind or the self) are apparently resisting analysis mostly because they are at the crossroads of several disciplines, each carrying their own often conflicting presumptions, said Gyula Klima, Ph.D., professor of philosophy at Fordham. “We can have a better understanding of these presumptions themselves, and thus a better chance at resolving these conflicts, if we look at them from a historical perspective, when they first emerged in late-medieval philosophy.

“This conference is a gathering of the best international specialists in the field, looking at Buridan’s work not only from the perspective of historical scholarship, but also from the contemporary perspective of what we can learn from Buridan’s Questions on the Soul regarding our own questions about the same.”

Klima said there has been an ongoing project to produce a critical edition and English translation of Buridan’s text by an international team of scholars from Canada, the Netherlands and the United States.  An annotated, bilingual edition of Buridan’s work will be published by Fordham University Press in the series Medieval Philosophy: Texts and Studies, as a four-volume set, containing the three books of Buridan’s commentary and a companion volume resulting from the presentations at this conference.

The event is being sponsored by the Graduate School of Arts and Sciences, the John P. McCaskey Foundation, and the National Endowment for the Humanities.

To register, visit the site.

(above, the anatomy of the external and internal senses according to Buridan, courtesy of Bayerische Staatsbibliothek, München.)