skip to main content
Return to Fordham University
You are at:Home»University News»‘Hope in a Fractured World’: Shaping the Leaders of Tomorrow
Photos by Bruce Gilbert
A world faced with many challenges—climate change, polarization, misinformation, and inequities—needs leaders who are hopeful yet realistic, who are filled with cultural and ethical humility, and who put the Jesuit values of “walking with the excluded” and giving voice to the voiceless into practice. Those were just a few of the traits panelists at “Fordham: Hope in a Fractured World” suggested the University can instill in its students in order make a difference in increasingly difficult times.

Anne Williams-Isom, FCLC ’86, the deputy mayor for health and human services in New York City and the James R. Dumpson Chair in Child Welfare Studies at Fordham’s Graduate School of Social Service, served as the moderator of the panel, which featured Celia Fisher, Ph.D., the Marie Ward Doty University Chair in Ethics and founding director of Fordham’s Center for Ethics Education; Rev. Bryan N. Massingale, S.T.D., the James and Nancy Buckman Chair in Applied Christian Ethics at Fordham; and Professor Iftekhar Hasan, the E. Gerald Corrigan Chair in International Business and Finance at the Gabelli School of Business.

The panel, held on Oct. 11 at Fordham’s Lincoln Center campus, was a part of a weeklong series of events celebrating the inauguration of President Tania Tetlow as the 33rd president of Fordham. Tetlow, who gave the closing remarks at the event, said that discussions like this were part of why she decided to come to Fordham.

“Fordham has this incredible chance to matter; the reason I came here is because as the world feels like it’s coming apart at the seams, I wanted to be at the place that could make the most difference—not because we’re going to solve every world problem,” she said. “But because we are going to try.”

‘Hope Is Not Fantasy’

One of the biggest ways Fordham can address today’s challenges and inspire students to work on those challenges is by not ignoring “the bad stuff,” Massingale said.

“I think that we can move too easily to hope without looking at the bad stuff,” he said, highlighting that while issues such as ecological irresponsibility, attacks on voting rights, racism, anti-Semitism, and anti-Asian hate have been around for a while, they’ve come racing back to the forefront in recent years. 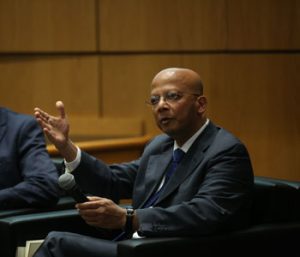 “We’ve got to talk about the bad stuff, otherwise hope becomes escapism and fantasy, and hope is not fantasy,” he said. “I’m looking at all of these things—I think we have to be honest and ask ourselves, ‘How are we creating a student who’s able to take their place as a global citizen in the face of those challenges?’”

Hasan said that for students to become engaged with the global society, they have to learn how to weed out “the noise” that gets thrown at them on social media from important, factual information.

“The world has changed in such a way that the information that comes to the students—it used to be traditional newspapers, TV, and radio—and now it comes from the big technology, social media,” he said. “In a social sense, they need to prepare to sort between the noise and what is fact.” 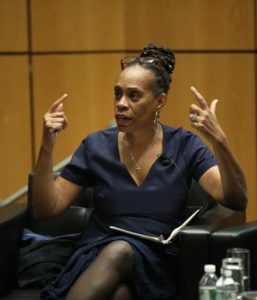 Williams-Isom said that she recalled a time when she was working as the executive officer of the anti-poverty organization Harlem Children’s Zone, and felt that the hard skills she brought to the job weren’t enough to address the challenges of poverty her organization was trying to solve.

“I have all these [skills]—I have a law degree—and I was like ‘I need something else,’” she said, adding that she decided to get a doctorate in ministry to help with the spirit and “soul part” of her job. “I felt like I had these hard skills, but if I didn’t have the ability to see some hope in a healing, radical love kind of way, I wasn’t really going to be prepared to do this work.”

Massingale said that Fordham has an opportunity to provide students with those “softer skills,” like critical reasoning and a desire to help those in need, that can help them face difficult situations. 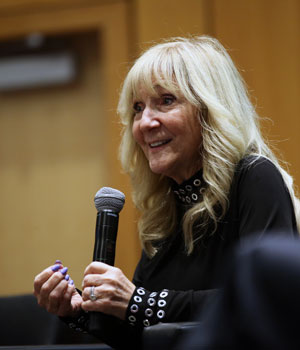 “I think all too often we kind of apologize for a liberal education, saying that it’s not practical,” he said. “And what you just said is ‘yes, we can give skills, but skills are going to become outdated.’ What we need is something more—what’s going to keep you in this fight, especially when you don’t see how your skills are making any practical difference.”

Fisher said that one of the things that she tries to teach her students is “cultural and ethical humility.”

“How are we giving students that kind of tool?” said Fisher, whose Center for Ethics Education oversees Fordham’s master’s program in ethics and society. “As part of the Jesuit tradition, it’s an openness to others, as well as a desire and a need and understanding of self-reflection of our own biases, but also understanding that we cannot help people if we do not understand the social, political life that they’re living in.”

Fisher gave an example of students doing research and how they “can’t just be studying the individual, they have to be looking at the context in which the individual is engaged.”

Massingale said that the Jesuit values and ways of teaching, such as those that Fisher used to describe her students’ research, could be even more emphasized at Fordham.

The panelists also called on the University to make sure it was continuously working to improve and address when “the fractured world” and its problems appear on campus, which was something that Tetlow reflected on in her closing remarks.

“I love the challenge to us, as an institution, to model our values and how we make those difficult choices…of how we collectively decide what kind of community we create and all the ways that we often fail in that regard, but forever strive to do better,” she said. 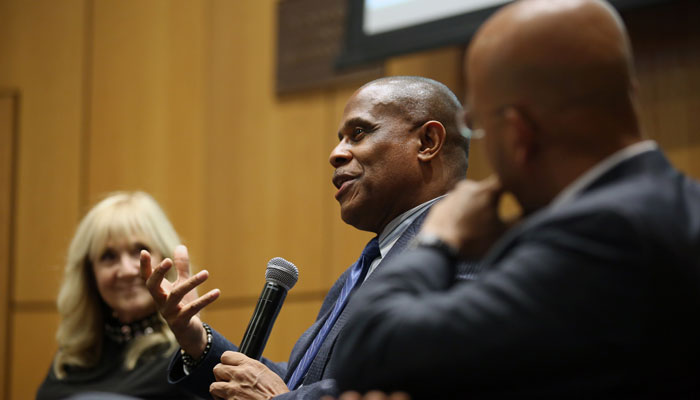 Learning From the Students

One way the University can make sure it does that is by listening to and learning from its students, Tetlow said. 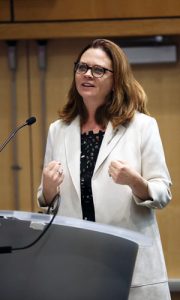 “How we are willing to teach our students to question assumptions and challenge authority, knowing that they will turn that on us, and to be proud of them when they do it—even if it takes a minute,” she said.

Fisher said that this is something she’s taken to heart in her years of teaching.

“It’s very important that … we as professors indicate that we are open to learn, that we recognize that our life experience is not your life experience. What can you tell me? How can I help you? How can I connect you to others, whether it’s inside the University or outside, who can give you more than I can from that world perspective that we need,” Fisher said.

That message was echoed throughout, as the panel started with a video of eight students sharing their experiences about why they decided to go to Fordham.

“I came to Fordham Law to represent low-wage immigrant workers, particularly undocumented workers who have their wages stolen by bad employers,” Anthony Damelio, FCRH ’08, LAW ’22 said in the video. “Fordham Law gave me not only the tools necessary to become an excellent advocate for my clients, but it also stoked the flames of justice within me that are essential to lawyering for social change.

Williams-Isom emphasized the importance of centering the student voice.

“In some ways, we probably should always start with the student voice, because it keeps us grounded, and there certainly was a lot of hope there,” she said.