Honorary doctorates of humane letters will be awarded to Dr. Skorton and to Judith Altmann, vice president of the Holocaust Child Survivors of Connecticut; Gregory Boyle, SJ, head of the gang-intervention group Homeboy Industries; Maurice “Mo” Cunniffe, FCRH ’54, a successful businessman and key supporter of Fordham; Patricia David, GABELLI ’81, global head of diversity for JPMorgan Chase; and Sr. Carol Keehan, DC, president and CEO of the Catholic Health Association of the United States.

An honorary doctorate of laws will be awarded to Loretta A. Preska, LAW ’73, chief judge of the U.S. District Court for the Southern District of New York.

David Skorton became the first physician to lead the Smithsonian Institution when he began his tenure in July 2015. He oversees 19 museums and galleries, the National Zoo, and various research centers devoted to astrophysics, tropical research, the natural environment, and other areas.

During his tenure, Dr. Skorton has made arts programming a priority at the Smithsonian, and he continues to advocate for a greater national commitment to arts and humanities education. In an address at the National Press Club in December, he called for reversing what he called our nation’s “disinterest and disinvestment in the arts and humanities” while also preserving the nation’s commitment to science.

As he put it, “This commitment must be based on an understanding that the arts and humanities complement science and that together they us make better thinkers, better decision makers, and better citizens.”

Dr. Skorton earned both his bachelor’s degree in psychology and his medical degree from Northwestern University before completing his residency and fellowship in cardiology at the University of California, Los Angeles, in 1979. He then joined the faculty of the University of Iowa, where he held professorships in internal medicine, biomedical engineering, and other fields before serving as the university’s president from 2003 to 2006.

In 2006 he was named president of Cornell University, where under his leadership the university joined with Technion-Israel Institute of Technology to win a competition to develop a new campus, Cornell Tech, on New York City’s Roosevelt Island. He also won praise as a highly effective fundraising at both Cornell and the University of Iowa.

Dr. Skorton has also served as a professor in Cornell’s Department of Biomedical Engineering and in the departments of medicine and pediatrics at Weill Cornell Medical College. He is a pioneer in applying computer analysis and processing to improve cardiac imaging, and has published two major texts and numerous other writings on cardiac imaging and image processing.

He is also an amateur flute and saxophone player who once co-hosted a weekly Latin jazz program on the University of Iowa’s public radio station. 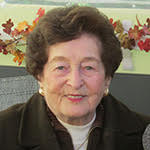 Judith Altmann is a Holocaust survivor who shares her story widely in Connecticut and Westchester County schools as a way of encouraging young people to make a better world. Born in 1924 in Jasina, Czechoslovakia, she was confined in Nazi camps at Auschwitz, Essen, Gelsenkirchen, and Bergen Belsen in 1944 and 1945. She is a vice president of the Holocaust Child Survivors of Connecticut and recipient of the Anti-Defamation League’s Daniel R. Ginsberg Humanitarian Award for 2013. 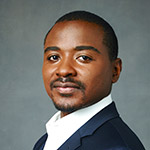 Robert Battle is artistic director for the Alvin Ailey American Dance Theater, which offers a BFA in dance in conjunction with Fordham. Renowned for his challenging, athletic, and lyrical choreography, Battle was named one of the Masters of African American Choreography by the John F. Kennedy Center for the Performing Arts in 2005, among his other honors. He established the Ailey company’s New Directions Choreography Lab to nurture emerging talents, and continues to expand the company’s community outreach and education programs. 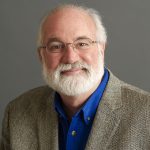 Gregory Boyle, SJ, is executive director of Homeboy Industries, one of the nation’s largest gang-intervention organizations. Hundreds of former gang members have changed their lives by taking advantage of the organization’s work program and its services including education, legal help, and substance abuse counseling. Father Boyle is an internationally recognized expert on gang intervention approaches and author of The New York Times bestseller Tattoos on the Heart: The Power of Boundless Compassion (Free Press, 2011). 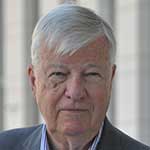 Henry N. Cobb is a founding partner at the award-winning architecture firm Pei, Cobb, Freed & Partners. Along with his colleague Yvonne Szeto, he designed the new 22-story Fordham Law School and McKeon Residence Hall building at Fordham’s Lincoln Center campus. His many other distinctive projects include the iconic John Hancock Tower over Boston’s historic Copley Square, which earned the prestigious Twenty-Five-Year Award from the American Institute of Architects. 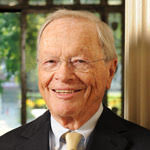 Maurice “Mo” Cunniffe, FCRH ’54, chairman and CEO of Vista Capital, is a successful engineer, businessman, entrepreneur, and Fordham trustee emeritus who is one of the University community’s most vital and longstanding supporters. He played a pivotal role in the expansion of Fordham Prep as one of its trustees from 1983 to 1995, and his extraordinary financial support for Fordham was recognized in 2013 with the renaming of the Administration Building at the Rose Hill campus in his honor. He served on the Fordham University Board of Trustees from 1995 to 2003. 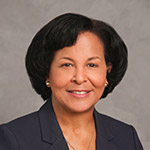 Patricia David, GABELLI ’81, managing director and global head of diversity for JP Morgan Chase, has been widely recognized for integrating diversity efforts throughout the company over the past 15 years. With her help, the company was named to Black Enterprise’s 2015 list of the most diverse companies, and she herself has received honors including the YMCA’s Black Achievers in Industry award. She serves on the advisory board for the Gabelli School of Business and was named the school’s Alumna of the Year for 2015.

Sr. Carol Keehan, DC, is a passionate advocate for expanding health care access. Sister Carol was recognized by President Obama for helping to secure passage of the Affordable Care Act, and Pope Benedict XVI bestowed on her the Cross for the Church and Pontiff to honor her humanitarian efforts. Since 2005 she has been president and chief executive officer of the Catholic Health Association of the United States, a membership organization comprising more than 600 Catholic hospitals and 1,400 other health ministries. 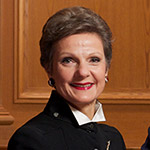 Loretta A. Preska, LAW ’73, is chief judge of the U.S. District Court for the Southern District of New York. In more than two decades as a judge she has ruled on many high-profile cases, such as those involving computer hacking, sentencing of a Somali pirate involved in hijacking a U.S.-flagged cargo ship, and the parody of an Annie Leibovitz photograph. She is a steadfast and generous supporter of Fordham who received Fordham Law School’s Louis J. Lefkowitz Public Service Award and the Fordham Law Alumni Association’s Medal of Achievement. A member of the Fordham University Board of Trustees from 2007 to 2013, she is now a trustee fellow.