skip to main content
Return to Fordham University
You are at:Home»Colleges and Schools»Graduate School of Social Service»GSS Dean Recognized for Longtime Service with the NASW 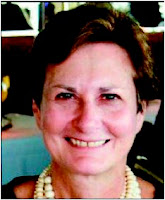 Egan, assistant dean for student services at the Graduate School of Social Service (GSS), will be recognized for her longtime service to the NASW as a member of the Board of Directors—most recently as third vice president—and a member of several committees.

Currently, Egan is the Region II (New York City and Connecticut) representative on the National Board of NASW and is serving a second three-year term on the Council of Social Work Education’s Committee on Leadership Development.

Egan began her social work career in child and family services after earning her master of social work degree from Fordham in 1977. Following her work at a family center in Brooklyn, she provided social work services at Methodist Hospital, first on the OB/GYN, neonatology, and pediatrics units and later on the in-patient psychiatric unit.

Egan returned to Fordham in 1986 as the director of admissions for the M.S.W. program before becoming assistant dean in 1989. She earned her doctorate from GSS in 2004, specializing in women’s issues, and is currently involved with the Institute for Women and Girls.

Congratulations to Dean Egan on her achievement!