The Gabelli School of Business held its annual undergraduate Awards Night on May 14, honoring the best and brightest of the business school’s Class of 2015.

Nearly 50 graduating seniors were honored with academic, service, and leadership awards, as well as accolades in the areas of accounting, finance, economics, information systems, marketing, entrepreneurship, management, and international business. 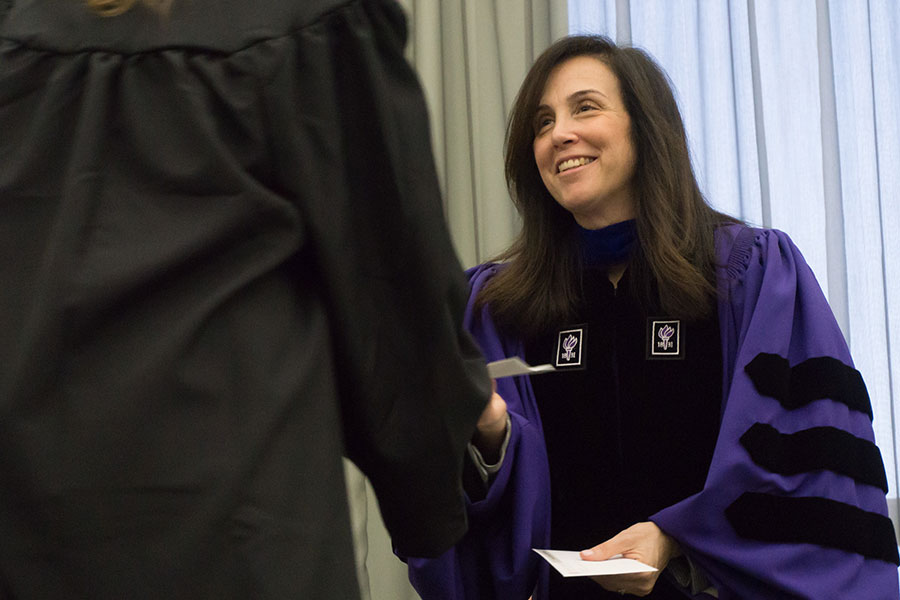 Donna Rapaccioli, dean of the Gabelli School of Business.
Photo by Oscar Masciandaro

“Truly, this class understands that business is about more than simply earning a profit. It is about empowering people. It is about having a broader impact,” said Donna Rapaccioli, PhD, dean of the business school.

“You have learned how to do business in a way that reflects your values. That is what gives each of you such great potential as a leader.”

Among the dozens of award recipients were Ross Garlick and Lou Murphy, who received the Mozilo Future Distinguished Alumnus Award and the Gabelli School of Business Dean’s Award, respectively.

Garlick, a native of Manchester, England, was recognized for “excellence in all areas of the undergraduate experience.” Focused on innovation, sustainability, and technology, Garlick ran a campus-based business for two years and was involved with the nationwide social entrepreneurship program, Compass Fellows. He was also a member of the Gabelli School team that took first place at the International Business Ethics Case Competition in New Orleans this spring. 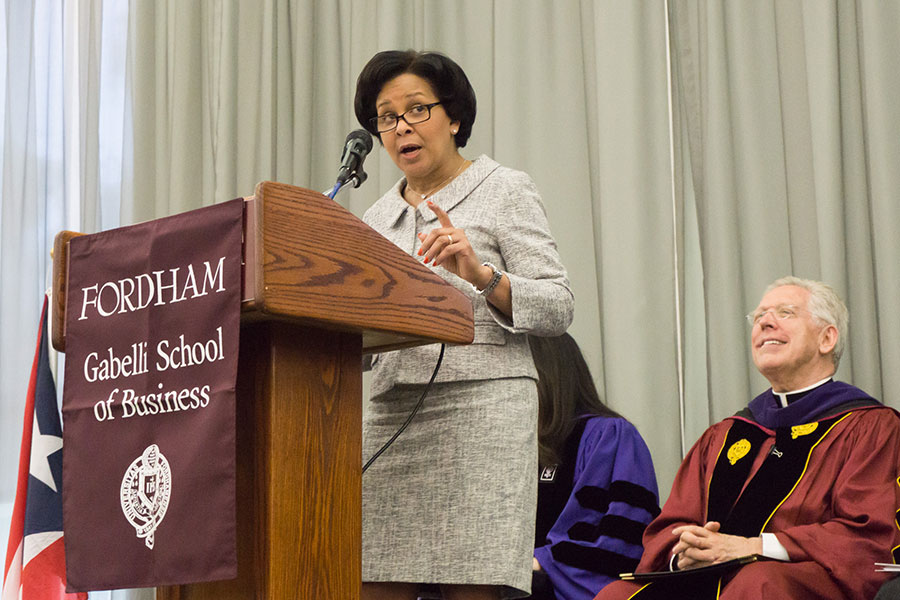 Murphy, Rapaccioli joked, might just hold the record for the number of freshmen he convinced to enroll in the Gabelli School, when he worked as an open house volunteer. In addition to helping out on campus, Murphy held multiple internships over the years, the final of which—an internship this summer at PricewaterhouseCoopers—carries the promise of a full-time offer afterward.

The Alumna of the Year award went to Patricia David, GABELLI ’81, the global head of diversity at JPMorgan Chase, for her frequent involvement with the Gabelli School.

“Pat has been an abiding presence at many of our conferences, lectures, panel discussions, and dinners—especially those organized by Smart Woman Securities,” Rapaccioli said. “For our students, she’s been a mentor. For me, she’s been a trusted adviser and guide.”

In her parting words to the graduates, Rapaccioli said that each senior would be receiving a gift as a symbol of the broader impact they can have on the world as Fordham graduates. The gifts—ram figurines carved from soapstone—were hand-made by an artisan collective in the remote countryside of Kenya. 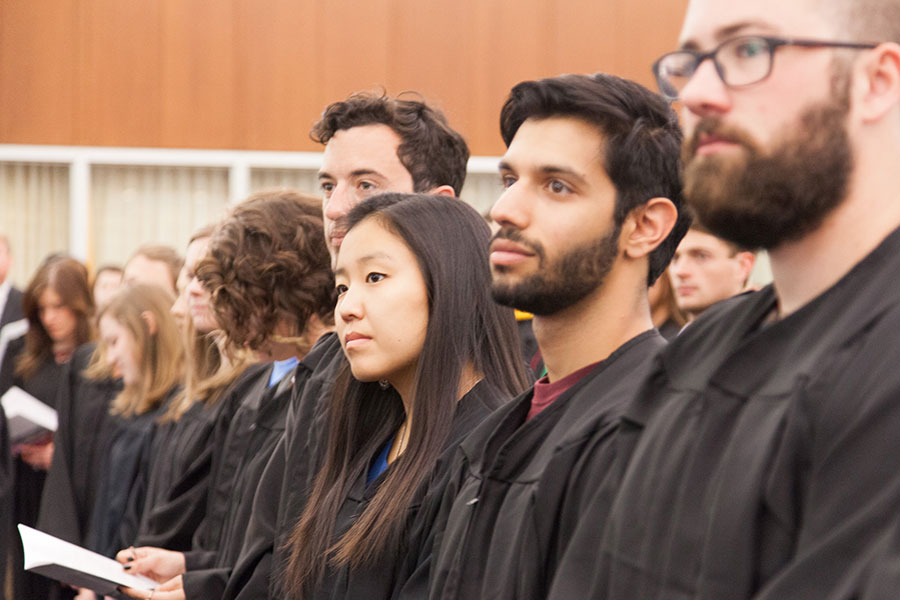 “This ram speaks volumes about the business program that you have just completed. We could have ordered similar stone figures from a mass-production factory. But instead, we made the conscious decision to employ talented carvers an ocean away. In doing so, we advanced their community. We had an effect on the developing world,” Rapaccioli said.

“I hope it reminds you as you enter the business world of the choices that you can make. You can choose to do business with purpose. You can change the world. I know the Class of 2015 is up to the task.”