skip to main content
Return to Fordham University
You are at:Home»Athletics»From the Hollywood Hills to Rose Hill 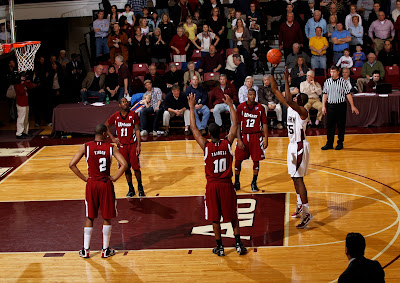 The basketball team’s 77-73 win over UMass on Saturday had fans seeing stars.

Well, one star in particular. 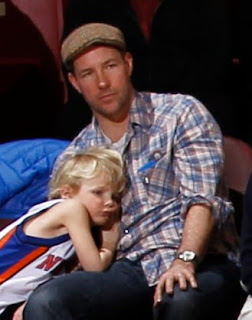 Sitting courtside at the Rose Hill Gym was indie filmmaker Edward Burns, whose hits include The Brothers McMullen, Sidewalks of New York and Nice Guy Johnny.

Burns, a friend of Head Coach Tom Pecora, brought his son to watch the team in action. The Rams rewarded him by posting their first Atlantic 10 victory in more than two seasons.

He tweeted after the game, “Courtside in the Bronx. Big win for Coach Pec,” and posted a photo he took from his seat.

Burns recently announced that he will star in a new HBO series called 40, which focuses on four friends in their forties whose lives are at varying levels of success.