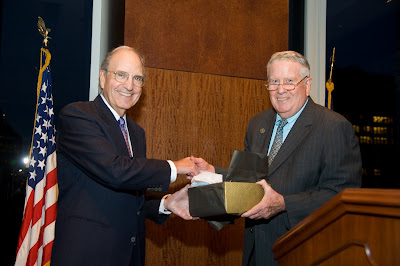 Fordham Law School’s Feerick Center for Social Justice celebrated its fifth anniversary on Sept. 26—five years to the day of its launch in 2006.

Over 240 alumni and friends attended a reception at the headquarters of Mutual of America, raising almost $400,000 for the Center’s initiatives on behalf of poverty and consumer law, pro bono counsel initiatives and other social justice programs.

Since its founding, the Feerick Center has been recognized for its outstanding work by the New York State Courts with their “Access to Justice Award,” and by the Kennedy School of Government of Harvard University with its “Bright Idea of 2010 Award”.