skip to main content
Return to Fordham University
You are at:Home»Inside Fordham»Fordham’s Commencement Hour by Hour

Before the sun is high, before the seats are dry, the early birds arrive . . . 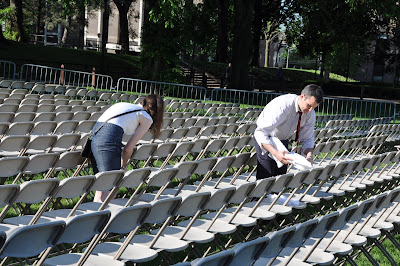 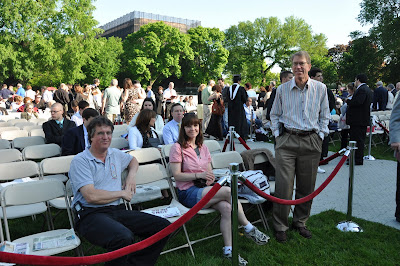 Front-row seats are secured by John Sunofsky, right, whose daughter Alyssa, a theology major is graduating, and Neal Symonds, left, and fiancee Shelley Beavcage, here to see Symonds’ son Mark graduate. The Sunofskys got here at 6:55 a.m. after flying in from Long Beach on Wednesday; Alyssa is their first child to graduate from college. Symonds arrived yesterday. “I’ve always wanted the front row,” he said. 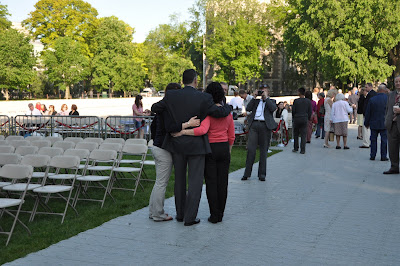 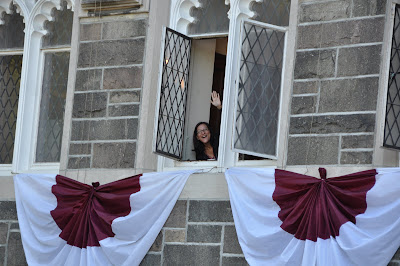 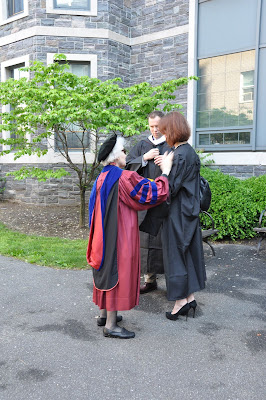 Ian Christie, a political science major from Fordham College at Lincoln Center (FCLC) and Inna Ulanova, an FCLC psychology major, get a hand with their gowns. 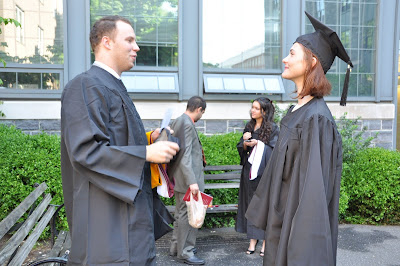 Christie gets the okay from Ulanova, right before they march. Both are excited to be on the Rose Hill campus. “It’s more official to be here,” said Ulanova. 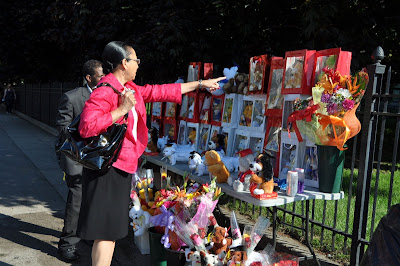 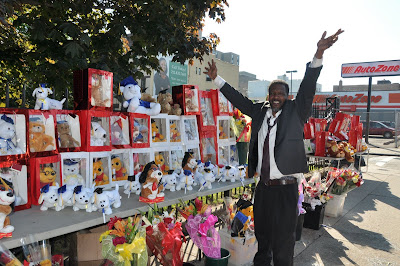 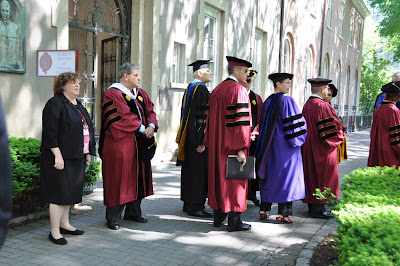 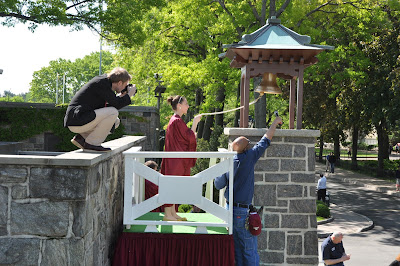 A student rings Fordham’s Victory Bell announcing the start of the procession. 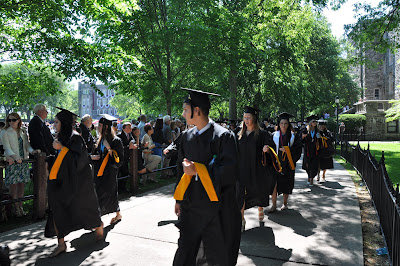 Some students who have earned bachelor’s of science degrees prepare to join the procession. 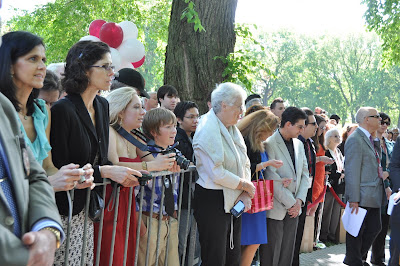 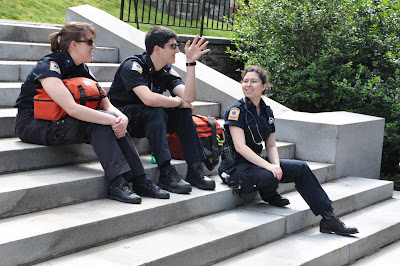 Fordham’s EMTs Elizabeth Szymanski, an FCRH sophomore, Rob Villegas, a GSB junior, and Jennifer Gennaro, a FCRH junior, take a breather after a morning of prepping the campus for emergency-readiness. 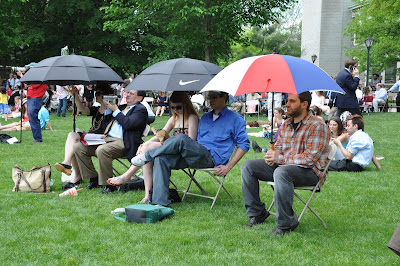 Jesuit prayers kept the rain at bay, but some people put their umbrellas to good use anyway, shielding themselves from those UVRs. 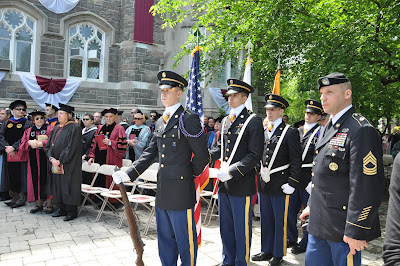 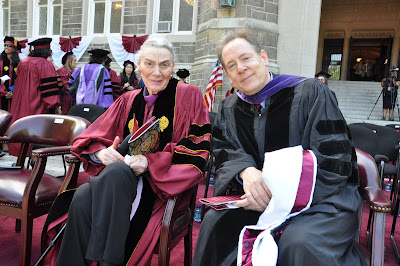 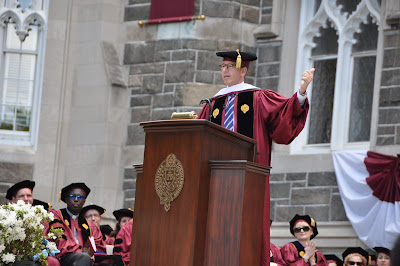 Brian Williams tells Fordham graduates: “I have 18 community college credits to my name. I dropped out of every college on that list. I got my working papers at 14, I worked any where they would pay me. I got as lucky as a kid gets growing up in this country, and that’s the only reason I am standing here talking to you today.” 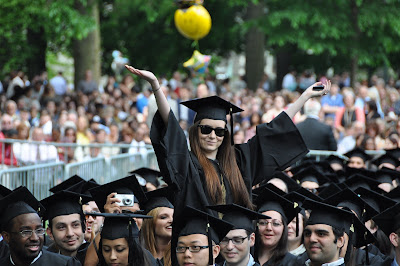 Brian Williams calls out Fordham senior Andrea Paul for her comments about him in The Observer, and brings her to her feet. 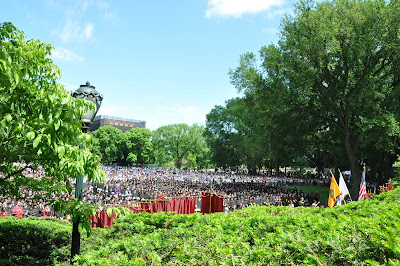 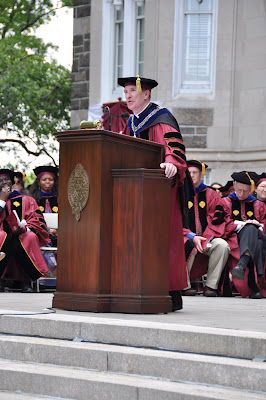