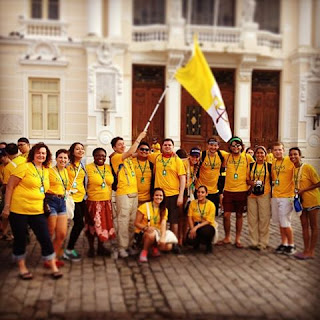 Fordham’s delegation of 14 students and two campus ministers checked in with us from Rio de Janeiro, Brazil, where they areparticipating in World Youth Day 2013.

“The Fordham delegation could not get close enough to Father General to get a group picture after mass, but it’s only day three of the trip, they have time yet and they were given the mission!”