Sitting in his office at the Lincoln Center campus’s Martino Hall on a recent morning, Fordham University Press Director Fred Nachbaur illustrated with one simple gesture how his new digs differed vastly from his previous ones.

“Columbia University Press is right over there,” he said, pointing to a building directly across West 63rd Street.

After 100 years in the Bronx—it was briefly based in Manhattan’s Woolworth Building from 1922-1932—last month the press moved to the Lincoln Center campus. It’s a huge change that Nachbaur said manifested itself almost immediately through more run ins with authors.

“They’ve had meetings I’ve scheduled, or some have just popped in, which could be a good thing—or it could be a bad thing,” he said, laughing.

“It’s nice to have that face-to-face contact. Rose Hill was beautiful, and Arthur Avenue was great, but I felt isolated. Authors were reluctant to take the train up to the Bronx, as much as I tried to convince people that it’s 20 minutes from Grand Central.” 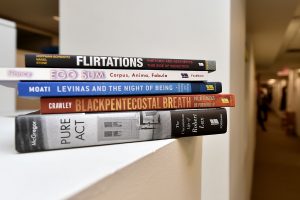 The ability to meet face to face with fellow publishers is particularly important for academic publishers, because the field is much more collegial than commercial publishing, he said. It’s not uncommon to trade stories about distribution and sales patterns over a cup of coffee.

“University presses are generally mission driven. Our mission is to publish boundary breaking scholarship, and help authors who are scholars get tenure, because tenure is contingent on getting published by a university press,” he said.

In 2010, Nachbaur established the Empire State Editions imprint, to better brand and market books focusing on the New York region. Nachbaur said that when he started at the press in 2009, he noticed that previously published books on New York had sold well.

As part of the series, the press has collaborated with the Bronx Museum of the Arts and the Hudson River Museum in Yonkers. It recently published a book about Brooklyn Bridge Park, and next fall, it will publish a history of the United Nations.

In addition, Nachbaur said that in September, the press will publish the first entry in its new Polis series, digital stories that are 20,000 words or less. Available as e-books or print on demand, they will all have in common an urban theme.

The first publication in the Polis digital shorts series focuses on a themed setting in China called “Thames Town.” Based on the city of London, it is mainly desolate and unoccupied except for wedding photography shoots.

“This move really raises the profile of the press,” he said. “I’m excited that we’re becoming better integrated both with key stakeholders on the Lincoln Center campus and the publishing community at large.” 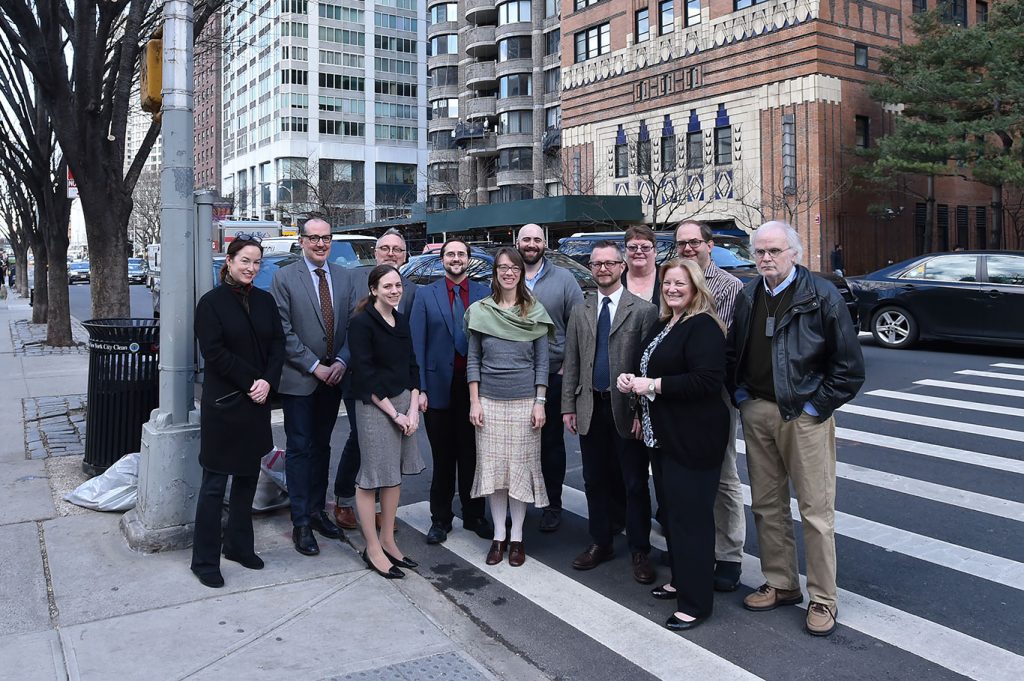