skip to main content
Return to Fordham University
You are at:Home»Campus Locations»Fordham to Host City Council Forum
The forum, “The Balance Between Land Use and Quality of Life,” will tackle issues related to preservation, land use, and development in District 6.
Upper West Side residents who are concerned with issues of zoning, construction, and preservation in their neighborhood will have a chance share their concerns with candidates for the New York City Council’s 6th District at a forum hosted by Fordham.

The forum, “The Balance Between Land Use and Quality of Life,” is being co-hosted by LANDMARK WEST!, Historic Districts Council, The League of Preservation Voters, and Fordham. The forum will be moderated by Lesley A. Massiah-Arthur, associate vice president for Government Relations at Fordham. 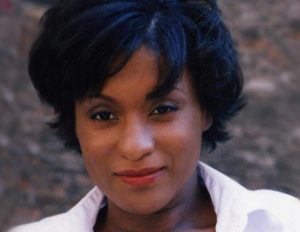 Massiah-Arthur said she hoped the forum would be an outlet for debate about how a neighborhood can grow in a constructive fashion. In the 6th District, issues such as school integration and a proposed expansion of the Museum of Natural History are high on the agenda.

“Fordham is very much a part of the community and has a vested interest in how the political dynamics are shaped in this area, but by the same token, as a not-for-profit institution, we’re not in a position to support one candidate over another,” she said.

“The University is the best setting for these kinds of conversations. It allows us to reflect in a very communal way, and hopefully keeps conversations above board. The fact that people think that Fordham has a level of gravitas in this community is a good thing.”

Christina Greer, Ph.D., associate professor of political science, said the race, which will effectively be decided when primary elections are held on Sept. 12, is expected to be a replay of the 2013 election, when Rosenthal won with 27 percent of the vote and Wymore got 21 percent. On July 27, Greer is moderating a separate debate between several candidates in the district on the Manhattan Neighborhood Network.

“[Rosenthal] has somewhat of an incumbency advantage, but because [Wymore] was able to garner a pretty good amount of support back then, I think he’s been working pretty tirelessly with various groups over the past four years,” she said.

Greer called Wymore a “bit of a thorn in [Rosenthal’s] side.”

“He was always pretty clear, when he lost, that he’d be running again.”

Monday’s event is free to the public, but reservations are required.