skip to main content
Return to Fordham University
You are at:Home»University News»Fordham Recognized for Study Abroad Initiative
Alexandra Lewis, a senior at Fordham College at Lincoln Center, who traveled to South Africa as part of Fordham’s Ubuntu program.
When it comes to training students to be citizens of the world, Fordham is putting its money where its mouth is.

Four years ago, the University committed to Generation Study Abroad, an initiative spearheaded by the Institute of International Education, to double the number of students studying abroad. At the time, 36% of Fordham undergraduates studied abroad. This month, the institute officially recognized Fordham for passing the 50% threshold. 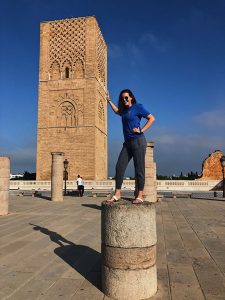 Margaret McCartin, a junior at Fordham College at Rose Hill, in Morocco.

Joseph Rienti, Ph.D., director of Fordham’s International & Study Abroad Programs, said hitting that number was key to fulfilling Fordham’s goal of educating students to be leaders in a global society.

“It’s one of the best ways we find students can broaden their knowledge of themselves, of their academic discipline, and the world around them,” he said.

“It gives them an opportunity to experience a different culture, a different academic context, and it really just brings that global dimension to their undergraduate education.”

The increase didn’t happen by accident. Rienti said the department underwent a reorganization as part of the push to increase participation. Specific areas of study, such as short term-programs, exchanges, and the London Centre now have individual staff members dedicated specifically to managing them. Outreach has been overhauled as well, and the department now recruits students to be “global ambassadors” and gives them Canon Rebel cameras to document their study abroad trips. 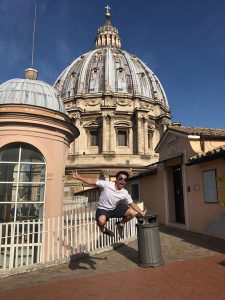 Robert Stryczek, a junior at the Gabelli School of Business, in Rome.

“We think it helped. It’s really given us an opportunity to capture what the students are seeing and doing, and to share with students here in New York, to get them excited about going,” he said.

The new London Centre campus has had a palpable effect, Rienti said, as it enabled his department to offer additional programs, including one connected to internships. The University’s study abroad program in Granada has also expanded in the last three years. Rienti said his department has also worked with faculty to both develop summer courses abroad and add international components to courses that take place in New York.

Exchange programs are also a key area of expansion; most recently Fordham has established two with Institut d’études politiques de Paris and the University of Helsinki in Finland. And just as importantly, Rienti said all of the 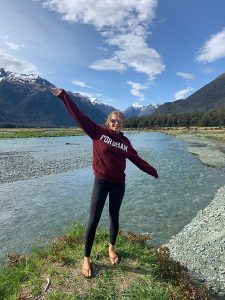 Mia Disano, a junior at Fordham College at Rose Hill, in Sydney, Australia

26 exchange programs have been designed so that students can tap into the financial aid packages they use in New York City, making cost less of a barrier.

“What we’ve done is very strategically look to expand those opportunities, aware of the fact that we could make studying abroad sometimes even less expensive than studying in New York,” he said.

The department has also distributed an additional $50,000 in aid to students last year, thanks to a fund maintained by donations from parents, alumni, and even current students who want to help their peers.

“Sometimes students still have airfare to pay for, there’s still visas to pay for, and we’re able to give some additional funding to students,” he said.

Participating in Generation Study Abroad was helpful, he said, as it added another level of accountability to the department’s goals.

“We had to report back to the institute, and we were able to participate in conversations with other colleges and universities how to come up with innovative ideas and different strategies to get participation up,” he said. 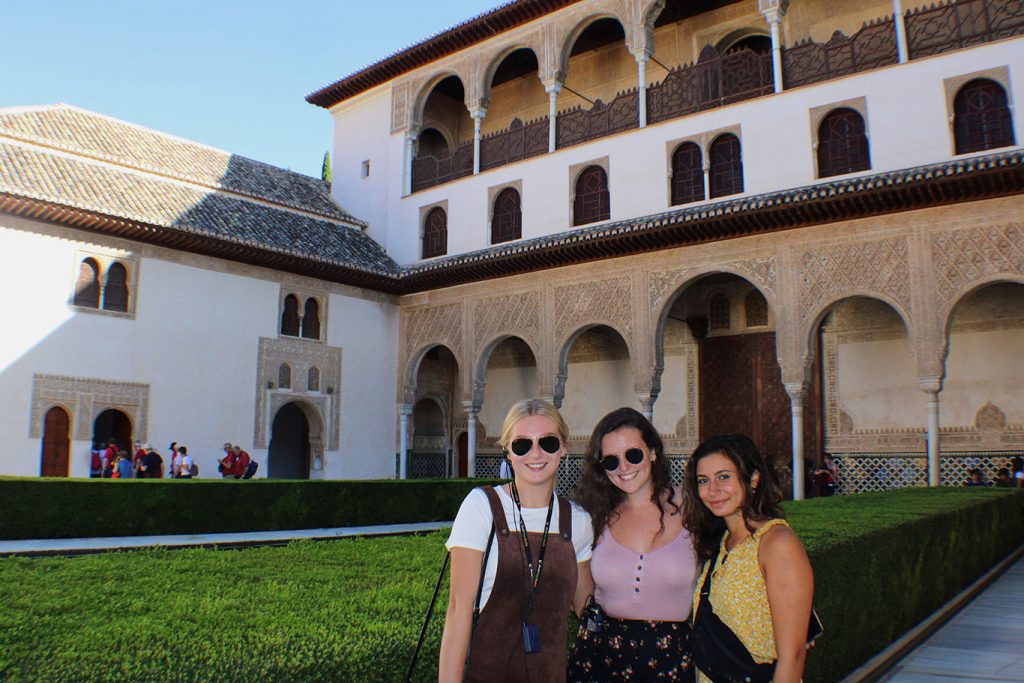