skip to main content
Return to Fordham University
You are at:Home»Athletics»Fordham professors on the World Cup, fan depression, & soccer in the U.S.

After a harsh and surprising loss to Germany, Brazil, the host country of the 2014 FIFA World Cup is out. Argentina narrowly beat the Netherlands and the world awaits the final game for the “World Cup” on July 13.

Throughout the one-month tournament, the professional athletes on the losing teams have walked off the pitch looking dejected. Some, even, in tears. The same could be said for their fans (especially Brazilian fans during the 7-1 beating they took at the hands of Germany). All of this emotion over a game? Why? We asked Fordham professor Paul Baard, an expert in sports psychology, to explain why it’s like this in the World Cup and various other sports, such as American football.

“The phenomenon is the over-identity of fans with their teams,” said Baard, a clinical associate professor of communication and media management. “In other words, a fan wants people to identify him/her with being the uber-’Patriots’ fan. When he walks into a bar, he delights in being sought out for his opinion on an upcoming game. He gets teased about being tried and true. He berates other team’s fans. He ‘equals’ being a fan of said team.

“Just as having one’s occupation become too much of an individual’s identity (I work with professional athletes on this), they can also ‘fan out.’ A fan rooting for a favorite team should consider that role as a hobby, while it may be an important role for an individual. As in all of life, there are ups and down, especially in the clearly-defined win-lose world of sports.

“Hobbies can serve as relief from the pressures of day-to-day life, such as gardening, playing an amateur sport, etc.  Hobbies would seem best when they do not create anxiety, but relieve it.”

Here at Fordham’s Marketing and Communications office, a group of us went out to see the last game the U.S. Men’s National Team played in. (There was lots of sadness, but thankfully no tears, when they lost to Belgium.) Yet we were very aware of the enthusiasm for a game that hasn’t always gotten top-billing in our country. The place was standing-room-only packed with fans decked out in red, white, and blue. Is this an opportunity for Major League Soccer (MLS) to build on the seemingly-new fan base? 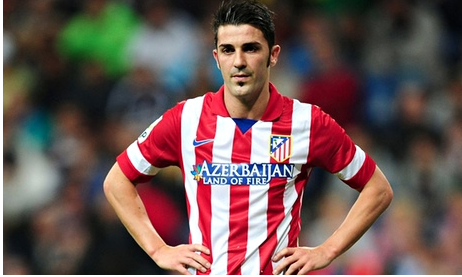 We asked a few Fordham professors, who teach in the Sports Business Concentration at the Gabelli School of Business, to weigh in:

Mark Conrad, associate professor of law and ethics, and director of the sports business concentration at Gabelli, said he wasn’t so sure that MLS can capitalize on the success of the World Cup, “at least not directly.

“It’s hard to translate a once in four-year spectacle to a day to day league,” he said. “Witness the 1980 Olympic Gold Medal for the US Hockey team. It did not have much correlation to the National Hockey League (NHL).”

John Fortunato, a professor of communications and media management, and an expert in sports media and promotion, said he couldn’t see there being huge springboard opportunities for MLS because “many of these players play in European leagues.

“MLS doesn’t have the best players like the NBA or NFL or MLB. The gold medal hockey game a few years back between the United States and Canada did a great rating, but has had little impact on increased NHL ratings,” he said.

“This World Cup is doing great on television because the games are at great viewing times and because it is on ESPN, a network is promoting it a ton on Sportscenter. Next time (2018), it is in a more challenging time zone in Russia and is on Fox– two big differences.”

Francis Petit, associate dean for academic programs at Lincoln Center, said the MLS should try their best given the changing demographics of our nation.

“Unfortunately, for MLS, it will not capitalize on the World Cup to the extent it would like to due to various reasons including consumer options and professional soccer’s historical insignificance within our country,” he said. “MLS will never be the National Football League, but it can certainly become a threat for leagues such as the NHL and the slow and tedious Major League Baseball games/product.”