skip to main content
Return to Fordham University
You are at:Home»Inside Fordham»Fordham Pair Embark on New Journey of Service Through Kiwanis 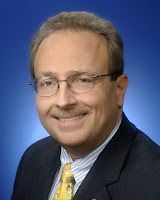 A couple of longtime Fordham University employees will be traveling the world to help combat maternal/neonatal tetanus.

Thomas E. DeJulio (FCRH ’73, LAW ’77), general counsel at Fordham University, was elected to the position of vice president of Kiwanis International, a global service organization with over 500,000 volunteers in over 70 nations. His wife, Rosemary DeJulio, Ph.D., (GSAS’90, GSE ’00) assistant to the president of Fordham, and 1990-1991 president of University’s Kiwanis chapter, presently serves on the Kiwanis International education committee and will become first lady of Kiwanis International in 2012. The couple will work with Kiwanis chapters around the world in partnership with UNICEF to roll out an education and fundraising campaign to eliminate maternal/neonatal tetanus (MNT) in 40 countries around the world.

“We’re excited and looking forward to experiencing this new journey of service and the opportunity to expand our service beyond our work here at Fordham,” Thomas DeJulio said. “We hope to inspire others to become global and local leaders, particularly students, so that they will become more involved, not only to save the lives of mothers and their newborns in 40 nations, but also to address the significant needs found in their local communities.”

MNT is a disease that kills an estimated 60,000 newborns and 30,000 mothers each year. The disease is easily prevented by a series of three vaccinations, costing roughly $1.80, to women of childbearing age.

“The Eliminate Project: Kiwanis eliminating maternal/neonatal tetanus” will raise $110 million over the next five years to fill the funding gap required to provide an estimated 387 million doses of the vaccine to the most vulnerable women and children in the world: those in remote and difficult to reach areas; conflict zones; and with little access to healthcare.

Over the next several years, DeJulio will be working with Caryl Stern, president and CEO of the US Fund for UNICEF, on the endeavor to eliminate MNT. Kiwanis International and UNICEF partnered successfully in the past to virtually eliminate iodine deficiency disorders afflicting children in third world nations by introducing iodized salt into the diets of their population. In that fundraising campaign which began in 1995, Kiwanis clubs around the world raised $100 million over ten years to prevent the leading cause of mental retardation and goiter.

“We’re taking on the new challenge to remedy something that is also preventable. It’s a great way to phase into a new career and use what we have learned at Fordham, a place that transforms lives and has a culture of service,” DeJulio said.

The DeJulios plan to continue their work schedules at Fordham through December 2011 and invite Fordham students to become global ambassadors to educate the general public about maternal and neonatal tetanus through the service leadership programs sponsored by Kiwanis International.

Thomas DeJulio will assume the position of president of Kiwanis International in 2012.

“In 2012, Rosemary and I will begin our transition from a combined 70 years of service to Fordham to a new and challenging leadership position in Kiwanis International. Following Ignatian principles and all that we have learned at Fordham, the ‘magis’ and ‘the greater glory of God’ will guide us wherever we travel and speak throughout the world,” he said.

DeJulio learned of Kiwanis while at Mount Vernon high school, where he joined the “Key Club,” a service chapter of Kiwanis for high school students. He then co-founded the chapter of Circle K, the Kiwanis club for college students, at Fordham in 1970.

When asked for a memorable “Kiwanis moment,” DeJulio recalled the time members brought Christmas toys to the children of employees who perished while working at Windows of the World, a restaurant located atop floor of the North Tower of the World Trade Center.

“It was very touching,” he said.

DeJulio was elected to the post of vice president at the 95th Annual Kiwanis International convention in Las Vegas, edging out Randy DeLay of Houston, Texas, the brother of Tom DeLay, former Majority Leader of the U.S. House of Representatives.