skip to main content
Return to Fordham University
You are at:Home»University News»Fordham Mourns the Death of John Kirby, Former Trustee
Kirby meeting with students in 2012. Photo by Bruce Gilbert

John J. Kirby, FCRH ’61, a former Fordham trustee and trustee fellow, died on Oct. 2 from complications of Myelodysplastic syndrome, a blood cancer, according to the family. He was 79.

His law career included civil rights work with the U.S. Department of Justice and a successful defense of the gaming company Nintendo, which honored him with his own character—Kirby.

“The University has lost one of its great citizens,” said Joseph M. McShane, S.J., president of Fordham.

“John was a giant: morally, intellectually, and spiritually. Our hearts go out to his family and loved ones today. I know the Fordham community joins me in prayer for the repose of John’s soul, and to lighten his family’s grief.”

After Fordham, Kirby earned bachelor’s and master’s degrees at Oxford University as well as a law degree at the University of Virginia. In 1967 and 1968, he worked as a special assistant to John Doar, then head of the U.S. Department of Justice’s Civil Rights Division.

According to a paid obituary in The New York Times, his first job as a summer intern there involved gathering voting records throughout the South that demonstrated evidence of widespread discrimination against African-Americans. He also found himself personally escorting African-American children into segregated schools, surrounded by federal marshals. His work helped lead to the creation and passage of the landmark Voting Rights Act of 1965.

He served in 1970 as the deputy director of the Commission on Campus Unrest, the obit said, which was created in the aftermath of the killings of four students at Kent State University.

Although his four-decade-long career included highlights such as arguing before the Supreme Court, serving as the chairman of the law firm Mudge Rose Gutherie Alexandear & Fernsdon, and leading the New York litigation department of the firm Latham & Watkins LLP, the obit noted that Kirby said he was most proud of his early work with the Justice Department. 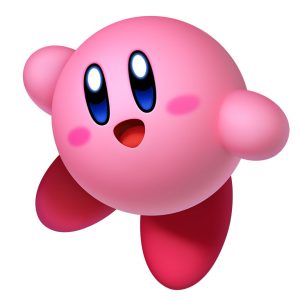 Kirby, a mainstay in the Nintendo pantheon of characters, has starred in 20 games since his debut in 1992.

The Man Who Saved Donkey Kong

Kirby earned a place in video game lore in 1984, when he successfully defended the Nintendo Corporation against Universal Studios, which claimed that the company’s 1981 game Donkey Kong infringed on the movie studio’s King Kong copyright. Kirby won the case for Nintendo when he introduced into court evidence that Universal had successfully sued RKO, the original makers of King Kong, nine years earlier, and proved that King Kong was in public domain, since the movie was from 1933.

Kirby continued to represent the company for many years, according to the obit, and in a show of gratitude, lead Nintendo designer Shigeru Miyamoto named the character of Kirby, who debuted on the Game Boy platform in 1992, after him. The company also gave Kirby a sailboat, aptly named “Donkey Kong.”

A Life Grounded in Jesuit Education

In addition to serving on Fordham’s Board of Trustees from 1994 to 2000 and later serving as a trustee fellow, Kirby also gave back to his alma mater in other ways. In 2012, he and former Fordham Trustee Winston Churchill, FCRH ’62, who like Kirby was a Rhodes scholar, met with eight Fordham students taking part in the Matteo Ricci Seminar, which prepares students to compete for prestigious fellowships.

“He was the best possible example of how to live a life grounded in Jesuit education,” Churchill said.

“[He was] a fully realized man for others who made it his vocation to know and understand the workings of modern American society and to use that knowledge for the greater good,” said Churchill. “An optimist who believed in the Enlightenment, and that our better natures would eventually prevail. I will miss him terribly.”

In lieu of flowers, contributions may be made to the Rose Mangan Kirby Endowed Scholarship at Fordham. The fund, which was established in 2002 by Kirby and his brother Peter, is named in honor of their mother. Donations can be made at  www.fordham.edu/onlinegiving or sent to: