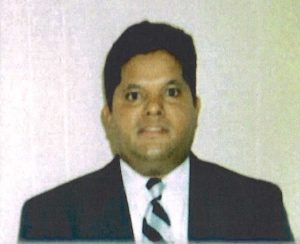 Raffick Mohammed, who served Fordham for 22 years as a security guard at the Lincoln Center campus, died on Dec. 3. He was 63.

Mohammed was often the first person who members of the Fordham community greeted upon arrival at the original Law School Building at 145 West 62nd Street, where he worked for many years.

Robert Dineen, director of security at the Lincoln Center campus, recalled Mohammed as a gentleman with a strong work ethic and an eagerness to mentor new guards. He was one of the first to arrive every morning, and could easily explain the intricacies of most campus facilities, including the multiple steps required to operate a lift for the handicapped.

One of Dineen’s favorite memories of Mohammed was in 2007, when he supervised his first Move-In Day at McMahon Hall.

“The director I replaced said, Mr. Mohammed—he’s your guy. So I was sure to use him for that first move-in, because move-in was new to me. We worked that event flawlessly. The following year, we did the same thing,” he said.

“We’re really going to miss him.”