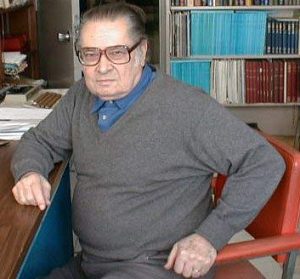 Theodore Herskovits, a longtime professor of chemistry at Fordham

Theodore Herskovits, a professor emeritus of chemistry who escaped the horrors of the Holocaust and worked his way through college at night upon his arrival in the United States, died on Sunday, June 14.

He was 87 and is survived by his wife, Ethel, and daughters Berenice, who earned a bachelor’s degree in mathematics at Fordham College at Rose Hill in 1995, and Zara.

Herskovits earned his bachelor’s at the City College of New York in 1955. He was elected to Phi Beta Kappa and went on to earn master’s and doctoral degrees from Yale University.

He joined the Fordham faculty in 1962 and was promoted to full professor in 1973. He was elevated to professor emeritus in 2012.

When he was honored with a 40-year Bene Merenti medal in 2005, his colleague Diana Bray PhD, professor emeritus of chemistry, noted that the conch shells that adorned Herskovits’ office were not just decorations, but gentle reminders of his long and fruitful years in chemical research.

“As a teacher, Ted is demanding, yet helpful and sympathetic, spending untold hours in meticulous grading and giving individual attention to each of his students,” she said.

“Amid his conch shells, our very own ‘blue-blood,’ Ted Herskovits, is truly deserving of our gratitude.”

Robert H. Beer, PhD, chair and associate professor in the Department of Chemistry, said Herskovits will be missed.

“Ted was a remarkable scientist and colleague and will always be remembered fondly by the department,” he said.