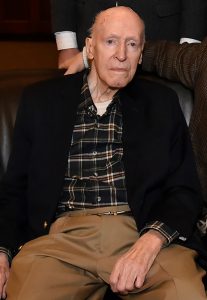 He served as assistant chairman of Fordham’s math department from 1967 to 1972 and chair from 1979 to 1984. He was a member of the University Faculty Senate’s tenure review and appeals committee and served on numerous committees concerned with the University statutes, faculty memorials, and faculty hearings.

Curran was awarded a National Science Foundation Science Faculty Fellowship for 1961–1962 and was appointed a member of the Institute for Advanced Study at Princeton for the fall term of 1968. His research specialty was in infinite group theory and cohomology.

In 1987, the University honored him for 40 years of service with a Bene Merenti medal; he was cited for his unwavering loyalty to the University and its students.

“As a teacher, mathematician, humanist, friend, Pete Curran in 40 years here has earned the respect and affection of students and colleagues,” the citation read. 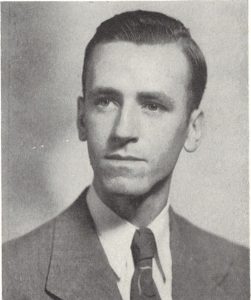 Curran’s portrait from the 1947 edition of Fordham’s Yearbook, The Maroon

He retired in 1992 after 49 years at Fordham. In 2006, the department established the Peter M. Curran Visiting Assistant Professorship, a two-year appointment offered to recent Ph.D. graduates who demonstrate strong research potential and success in undergraduate teaching.

Janusz Golec, Ph.D., current chair of the department, said Curran, whom he pegged a “human being of high caliber,” and “a true gentleman,” was an clear choice for the honor at the time.

“It was just a quick decision; we didn’t have to deliberate on it. It was obvious to us,” he said.

Armand Brumer, Ph.D., a professor emeritus of mathematics who worked for nearly 20 years with Curran, said he’d miss most the spirited yet respectful political debates he had with Curran, who, he noted, had an uncanny knack for remembering students he’d taught decades before.

“I had trouble remembering the names of everyone in my class currently, but he would remember people from his classes from 20, 30 years ago. It almost felt as if he had a photographic memory,” he said.

Curran’s dedication to the University was undeniable; he visited the campus as recently as 2015 to hear one of his former students, Frank Connolly, Ph.D., FCRH ’61, professor emeritus at Notre Dame, speak. Connolly called him a linchpin of the department whose reputation for helping undergraduates who were serious about math came with a “quiet and wicked sense of humor.”

“His political outlook was a bit to the starboard side, but it was far more gently enunciated than is the current fashion,” he said.

“In the late 50s he spent a lot of time in informal seminars with mathematics majors.

He was very generous with his time that way. I was one of the students in those seminars, and I am greatly indebted to him.”

Curran’s niece Patricia Chimento said he had a heart of gold.

“He was the primary caregiver for both his sickly mother and brother during the last years of their lives. He went out of his way to help family, friends, former students, and members of the church and community,” she said.

“He was always available to tutor, give advice, and provide service to those in need. He will be greatly missed.

Curran is survived by Chimento, her husband Jim; a nephew, Brian Hummel; and six grand nieces and nephews. 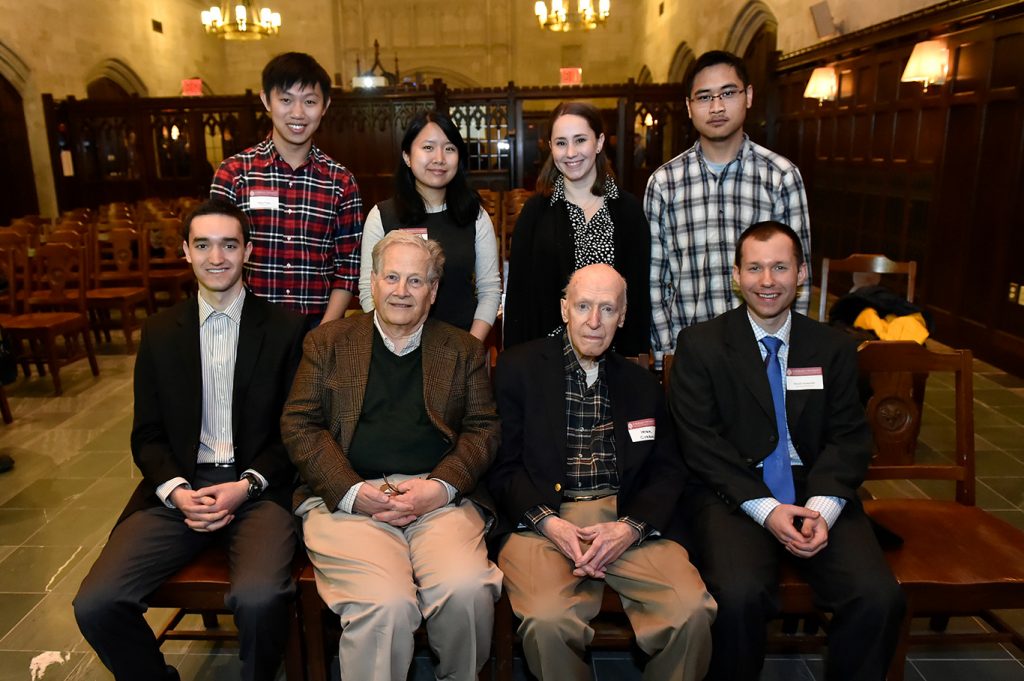