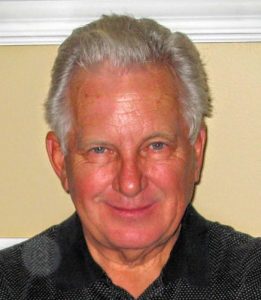 Fordham mourns the loss of John James Butler, FCRH ’62, a member of the University Board of Trustees from 1994 to 2000.

Butler, a resident of West Chester, Pennsylvania and a native of the Bronx, died on Sept. 7, 2016. He was a graduate of Regis High School, Fordham, and Columbia University.

During his career he served as chief administrative officer for Scott Paper Company, working at the company’s divisions in Philadelphia, Hong Kong, and London.

Bob Long, GABELLI ‘63, LAW ’68, currently a University Trustee Fellow who served with Butler as a trustee from 1993 to 2001, recalled him fondly, saying that one of the best memories was the discovery that they lived just 10 blocks from each other in Avalon, New Jersey. They remained fast friends after their time on the board ended.

“His friends on the facility committee, the late Father Joe Novak, Paul Williamson, Bob Shapiro, and I worked closely together for years. He was liked by all for his quick wit and willingness to do anything asked of him,” he said.

“Our committee at the time had little knowledge of the information technology area, so Jack volunteered to head this up, and he did a wonderful job.”

“Jack Butler was a devoted trustee who came well prepared for every meeting, and could always be counted on for a wise observation or a gentle wisecrack to enliven the deliberations of the facilities committee,” he said.

In lieu of flowers, contributions may be made to Regis High School, 55 E. 84th St., New York, NY 10028, or to the University of Pennsylvania Hospital Cardiovascular Disease Fellowship Program.