Esquivel joined the GSE in 1982, and taught in the Division of Psychological and Educational Services for 30 years, before retiring in 2012.

Rene Cordero, her husband of 31 years, said that Esquivel, a fellow refugee from Cuba who fled to the United States with her brother when she was 11, was energized by her research, which centered on bilingual students.

“A lot of people might not know it but she had a real artistic side, too. Early on she used to play the flute. She liked to paint also; it was something she picked up later as a hobby.”

In her research, she explored the ways in which positive psychology might be incorporated into the field of school psychology. In an Inside Fordham article in 2011, she discussed the role that spirituality might also play, noting that at the time, psychologists had neglected to consider constructs like hope, optimism, creativity, resiliency and forgiveness.

“Psychologists are now looking at spirituality as an inherent aspect of human life. Spirituality doesn’t mean just religiosity,” she said.

“It also implies an inherent sense of a person to relate to a higher being, to search for meaning, and to discover aspects of life that are transcendental.”

Fran C. Blumberg, Ph.D., professor of education who worked with Esquivel for 22 years, said she was a mentor to young female faculty, including herself, and a fearless leader who believed in social justice before the term became popular.

“She came to play a major role throughout a decades-long time of transition from ‘old’ GSE to the ‘new’ GSE. Giselle wasn’t just part of the change, she was transformative to and for the school,” he said.

In 2002, Esquivel was honored with a Bene Merenti medal for 20 years of service. In her citation, she was lauded for giving Fordham “national prominence in the areas of bilingual psychology and educating culturally-different gifted students, and for publishing over 100 academic works and mentoring more than 80 doctoral dissertations.”

“In addition to her scholarly achievements, Giselle, with humor and a bent for thinking “out of the box,” has served for five years as chair of the Division of Psychological and Educational Services, responding creatively to the challenges of leadership, including the careful nurturing and mentoring of junior faculty.”

In addition to Cordero, Esquivel is survived by her son Daniel, her daughter Kristen, GSS ’14, and her brother Ruben Esquivel.

Cards and letters can be sent to the Cordero family at 106 Dellwood Rd., Edison, New Jersey 08820. 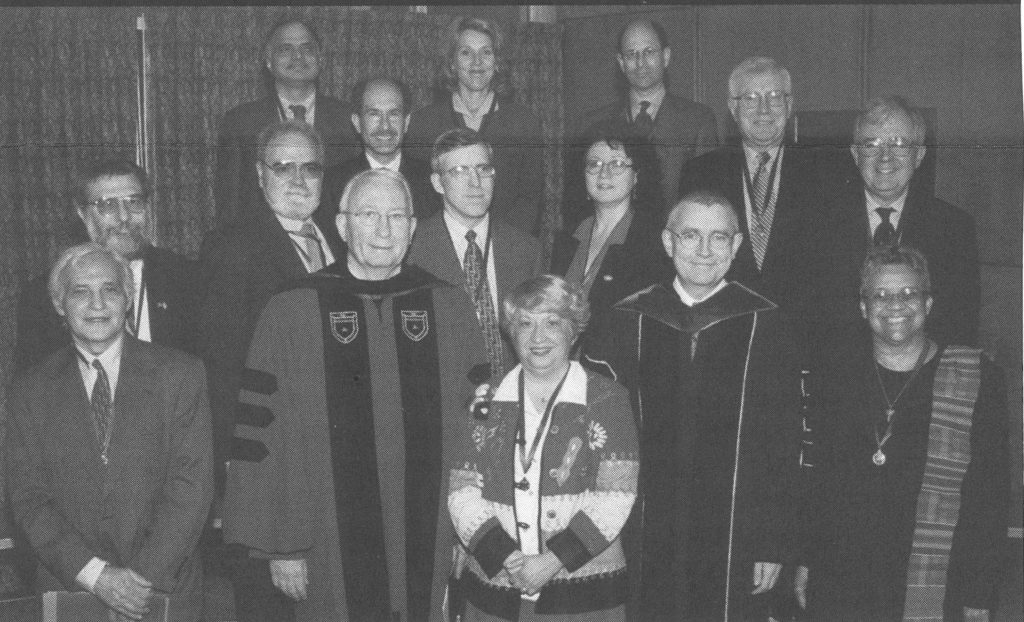 Giselle B. Esquivel, center, being honored in 2002 for twenty years of service at Fordham.